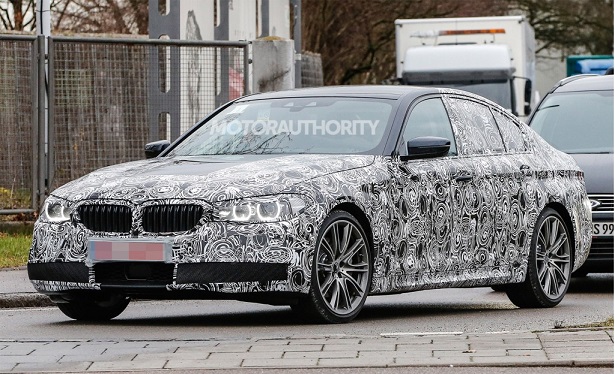 Well this is expected. The current 5-Series came out in 2011 and was up for a mid-cycle update in 2014 so most probably we will see the new one this year end as the 2017 model. Also, as expected, this car too will follow the i8 and 7-Series and will be built using the Carbon Core technology BMW has been boasting about. The result, as per rumors, will be a weight reduction of 100+ kgs than the current model. This is BMW's way of making the car fuel efficient. Rest of the highlights are as follows:

- Hybrid option could be available as well

Also, I must say, this is not a great camouflage job.