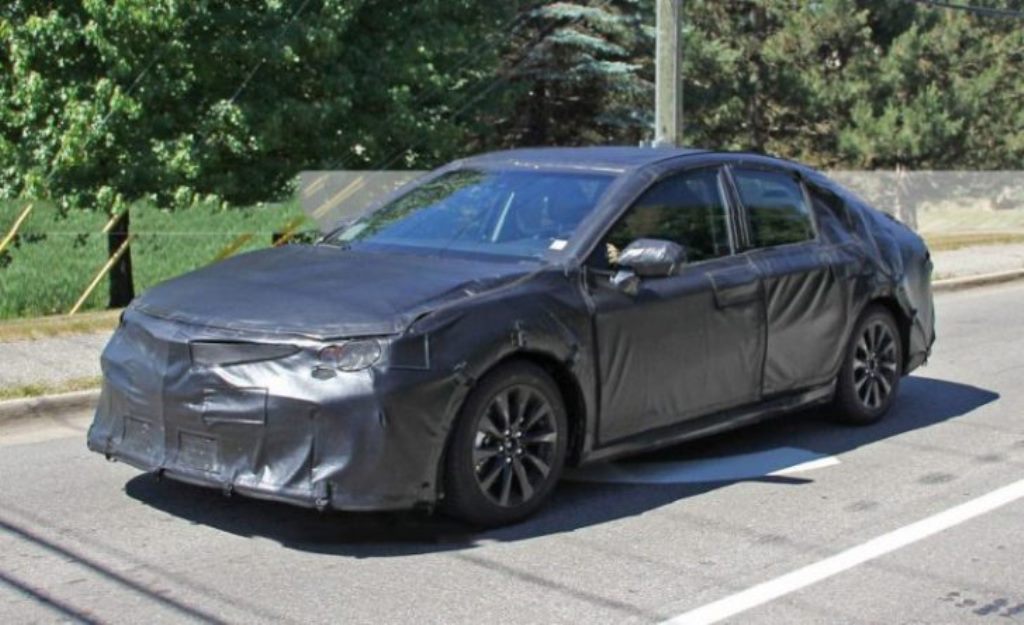 The Toyota Camry, a volume seller for the Japanese brand, is out and about preparing for its 2018 launch. Expected to ride on the new TNGA modular platform that made its debut in the 2016 Prius, the all-new Camry is believed to have shed a few pounds and welcomed aluminum into the structure.

While the heavily camouflaged prototype leaves a lot to the imagination, it is unlikely that the all-new model will experiment heavily stylistically – a risk that could endanger its podium position in the market. One interesting aspect, however, is its low shoulder line that appears to stretch all the way to the back, while the roof and C-pillars merge into the flat, tapering trunk.

Under the hood, the 2018 Toyota Camry is expected to offer an updated version of its current 2.5-liter engine. Rumors are also afloat suggesting that the V6 variant is to be replaced with a derivative of the 2.0-litre turbocharged 4-pot available in the Lexus NX200 crossover.

For now, all we know is that the Nissan Altima, Mazda6 and Honda Accord better be preparing to up their games too…