Making its mark at Al Tayer Motors’ and Premier Motors’ showrooms across the UAE, the limited edition 2019 Ford F150 Shelby debuts with a whopping 755 horsepower to boot. Joining the extensive F150 line-up that comprises of 24 variants, the all-new Shelby is joined by another newcomer, the Shelby Raptor Baja.

“The 2019 Ford F150 Shelby is a stylish vehicle that offers more power and performance for cruising around town, whilst the Shelby Raptor Baja is made for extreme driving in off-road terrain. Perfect for the upcoming off-road season, these vehicles are sure to make a mark on the roads and dunes of the UAE,” said Helal Hanei Omar, Senior Vice-President – Ford, Al Tayer Motors. 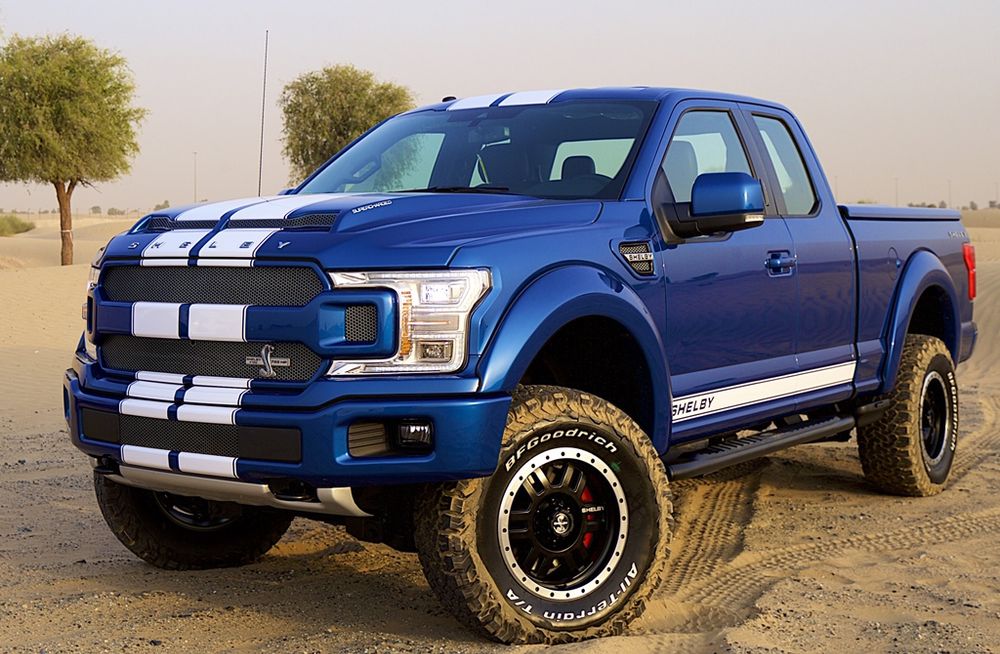 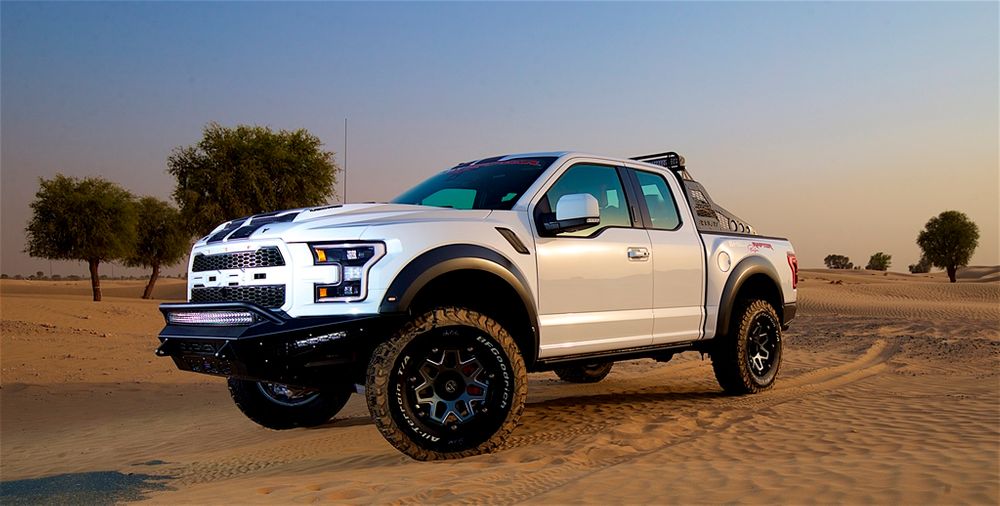 The 2019 Ford F150 Shelby Raptor Baja, on the other hand, takes the excitement up a notch with key enhancements carried out to the suspension, power, and styling. Developed with Fox Racing, the four-corner adjustable suspension system is put to work with high performance BFGoodrich KM2 35/12.50R18 tyres mounted to 18-inch alloy wheels. Preparing it for all terrains, the Shelby Baja features eight LED light configuration, as well as two spare tyres mounted on the truck bed, which facilitates easy replacement of tyres in case of any requirement while driving off-road.