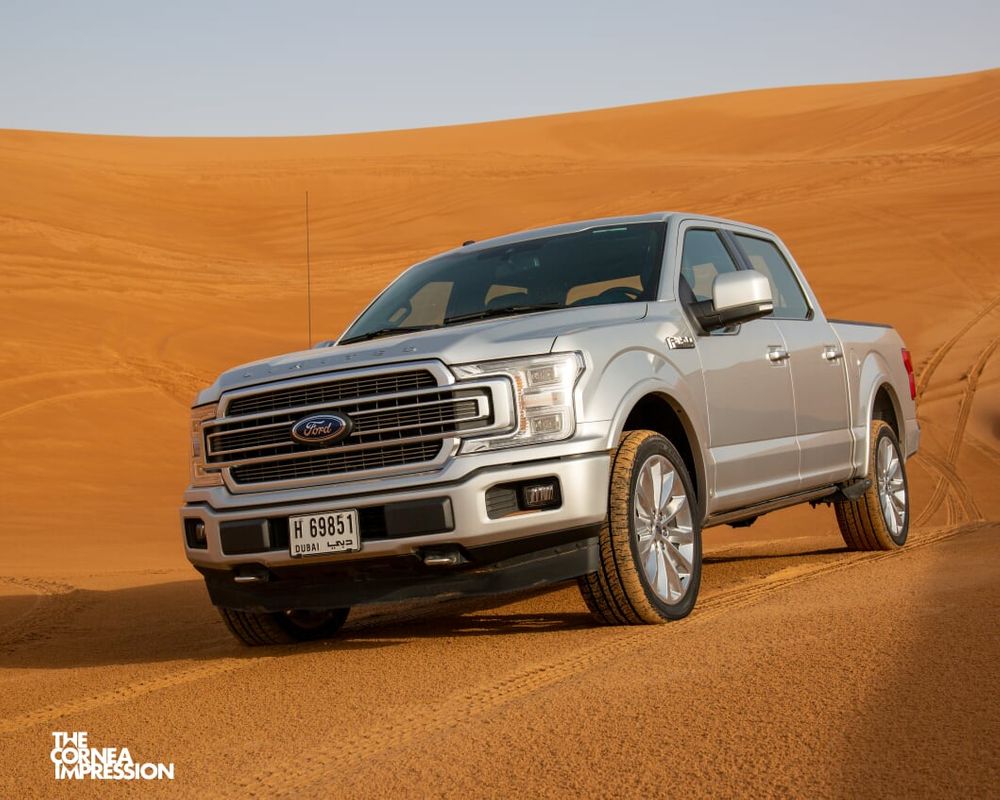 You never realize how many trucks are on the roads of the United Arab Emirates until you are in a truck yourself. When I started driving the F-150 it just felt like every other car is a pickup truck.

I think the reason for this is the height. When you are on eye level with others of the same height you tend to notice them. Otherwise, these giants are ignored like headless zombies in a crowd of smaller cars. The smaller cars including Range Rovers and Land Cruisers.

From Ford’s stable, we have the entry-level Ranger to the Ford Super Duty. This range includes the all-mighty Ford Raptor which is based on the F-150. Also, we have the Chevrolet Silverado and Ram trucks. So it is quite a crowded marketplace.

However, we all know that the F series (all their pickups) are best selling vehicles across all of the US and Canada. 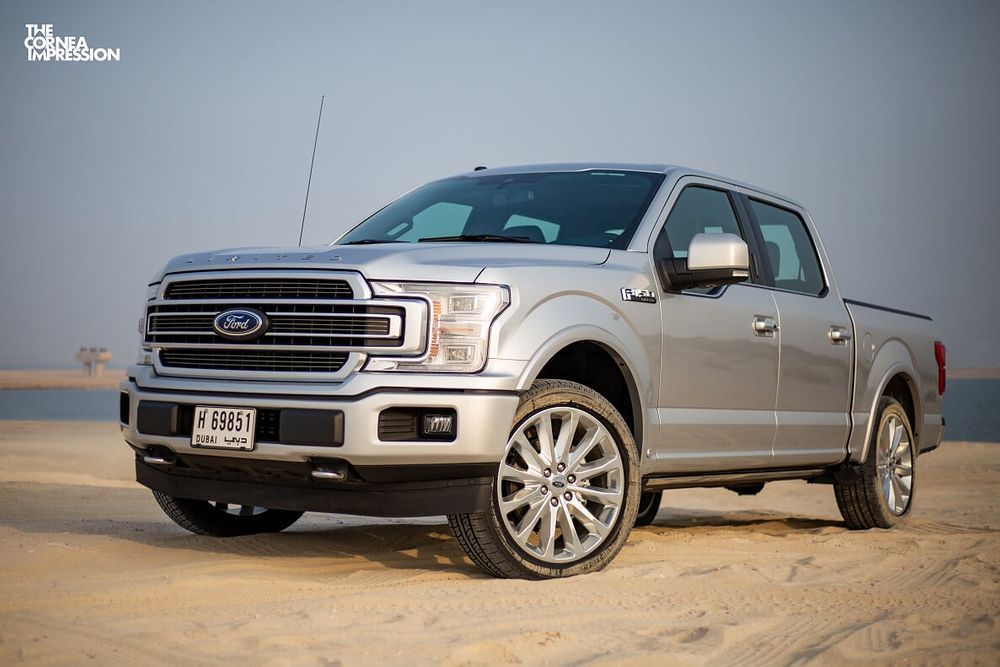 This is the recently updated F-150. Even though it looks quite a lot like the old one there are some very visible changes like new headlights, bigger and wider grille, and new taillights.

Also, the bumper and tires are new.

The color silver which I got the truck in also looks pretty good. Usually, you see most trucks in red, black, white, or Raptor Blue.

Never having driven a truck before I frankly did not know what to expect. All I knew that I would have the keys to a giant silver truck with a 3.5 liter V6 EcoBoost engine putting out 370 BHP and 4WD.

Now this engine really surprised me. It was fast. Obviously not supercar fast but, fast enough that you had to pay attention to your speed so that you do not get fined.

The engine does a great job of accelerating you up to the speed limit quicker than you’d expect from such a massive vehicle.

A lot of this is possible due to the 10-speed gearbox which shifts effortlessly and gives you the correct gear as required.

It is also due to weight-saving measures and the use of a lot of aluminum during the construction of the car. The engineers at Ford have reduced the weight of the car by over 200 kilograms. The band of power available from 60kph to 140kph is particularly impressive.

In this power-band, the engine feels, accelerates, and performs at its best. You get the confidence to overtake at highway speeds and maintain a steady pace of 140 kph. In fact, it would pull easily to higher speeds from 140 kph if not kept in check. 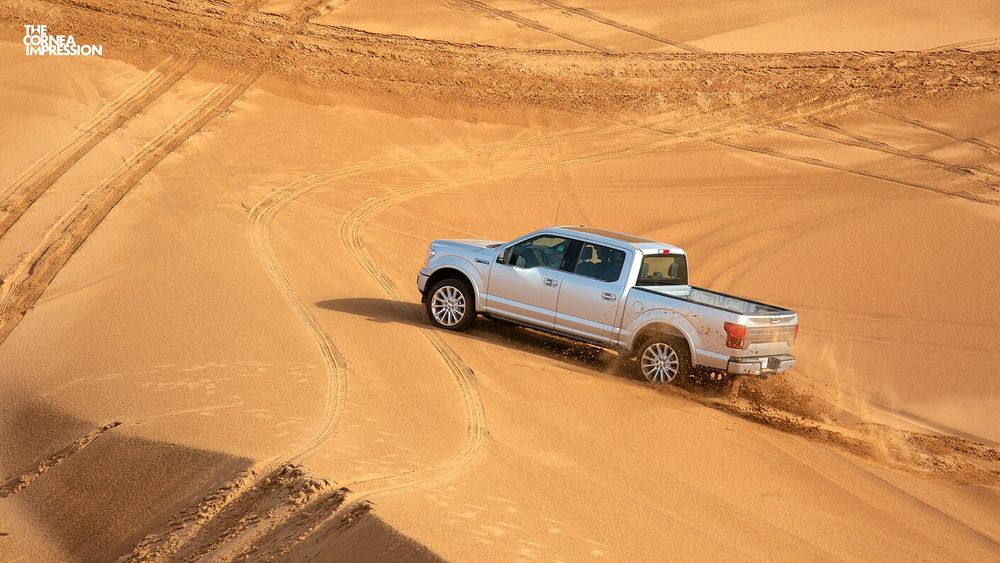 There is no denying it. The size takes some time to get used to. Almost 20 feet in length and 8 feet wide it is literally a house on wheels.

In crowded metropolitan cities, they sell apartments of this size!

Obviously one cannot expect razor-sharp handling in a truck but you do know what is going on with it. Especially via your bottom side. Due to its length, a lot of feel of what the car is doing you can feel from your bottom. By this, I mean rear end grip, slight sway of the body.

The steering feel is not as precise as I would like and I did not enjoy the way it artificially weighs up at different speeds. You always have to be putting in small constant steering inputs on the highway to keep the car steady.

The brakes were not as sharp and instant as I expected them to be. I guess 9000 kilometers on the odometer the car had was all got through some hard testing by auto journalists.

Most truck users either use it to tow something or carry something in its bed. However, I did not have anything to tow or put in the bed. So I decided to take it off-roading.

What better place than the red sand dunes of Dubai to test this truck's off-road prowess?

With a group of seasoned off-roading specialists, we took to the sand dunes one Friday early morning.

They were sand specialists with their cars modified to take on any type of sand dune and me a greenhorn truck driver with no off-roading skill or experience whatsoever in a stock F-150 with 22 Inch polished wheels with regular road tires.

The car did better than any of us imagine. I did get stuck once but that was due to my ineptitude rather than the car's fault. 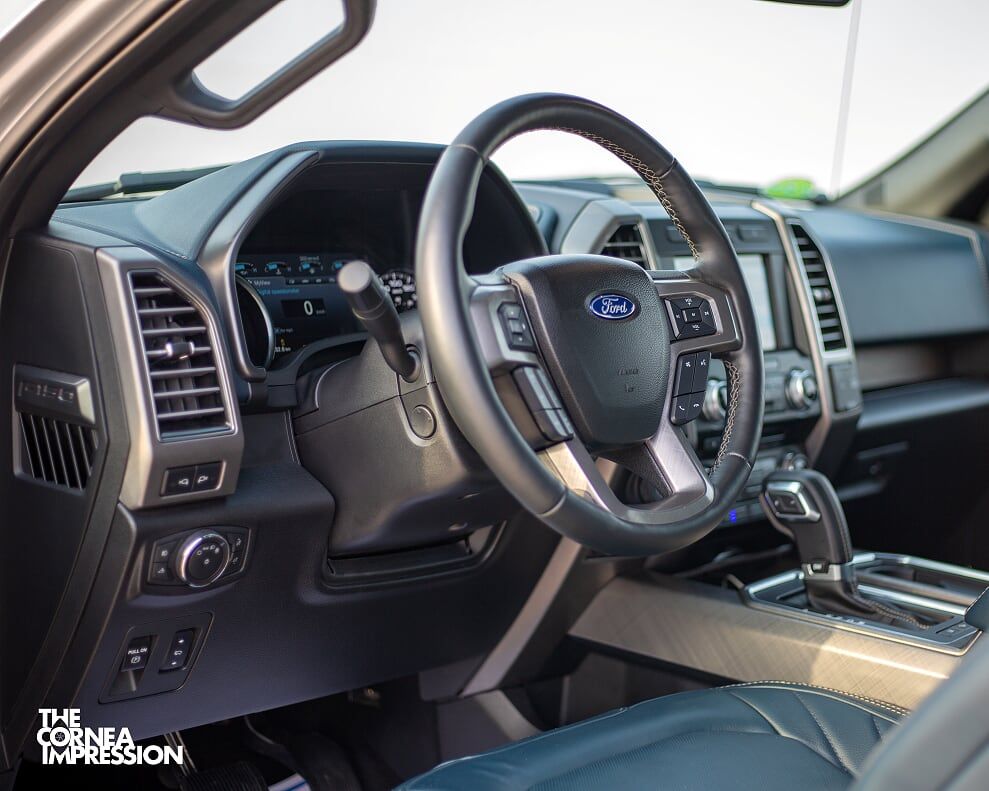 I had the 4×4 SuperCrew Limited version which in normal person’s language translates to having 4 proper sized doors and enough space for 4 passengers and driver to sit comfortably and business class style legroom and headroom plus the big bed at the back.

With ample space, The F-150 LIMITED version comes with all the bells and whistles. Ford does not let you or your passengers forget where you spent your money on. There are LIMITED badges all over the place.

What I was disappointed and surprised by was the quality or the lack of quality of the audio system. If it was an unbranded regular audio system, I would just accept it. However, when it is branded as a Bang & Olufsen system you expect something much better. Sadly, it did not live up to its name.

The other thing which I am sure the guys at Ford know about and every other single-car journalist in the world would notice is the quality of plastics or again the lack of quality in the plastics. 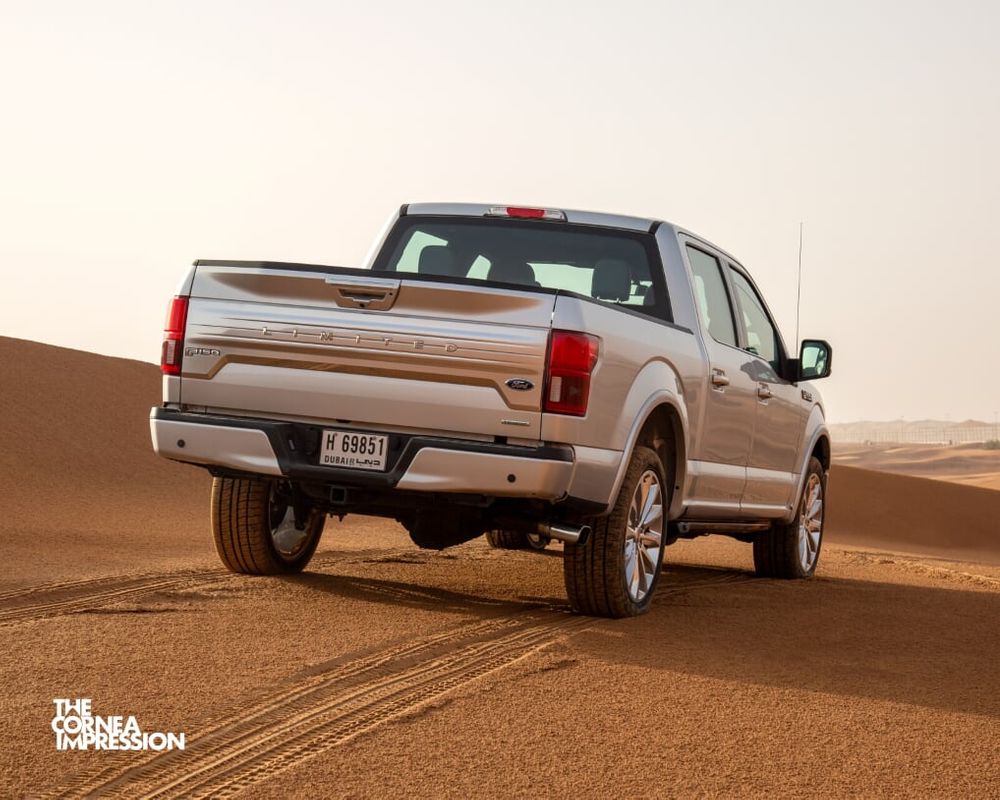 To make a box on wheels look good, perform decently, and make the driver and passengers feel comfortable and at home, all at the same time is a task in itself.

On top of that to tow or carry equipment with ease is another achievement. Having all of the above and at the same time having some decent off-road prowess truly makes the Ford F-150 a spectacular vehicle.

No wonder so many people embrace the F-150 truck lifestyle. It is truly built tough.