The Lexus IS350 is a popular car in the Middle East and even more so in the UAE with younger audiences. Despite its large fan following, demand has been dwindling over the past few years with the competition bringing out newer and better options – namely the all-new BMW 3-Series and the Mercedes-Benz C-Class. To address the issue, Lexus has given its smallest sedan a facelift for 2021 and in this review, we take a look at everything that has changed and whether it’s enough to steal buyers back from its rivals. 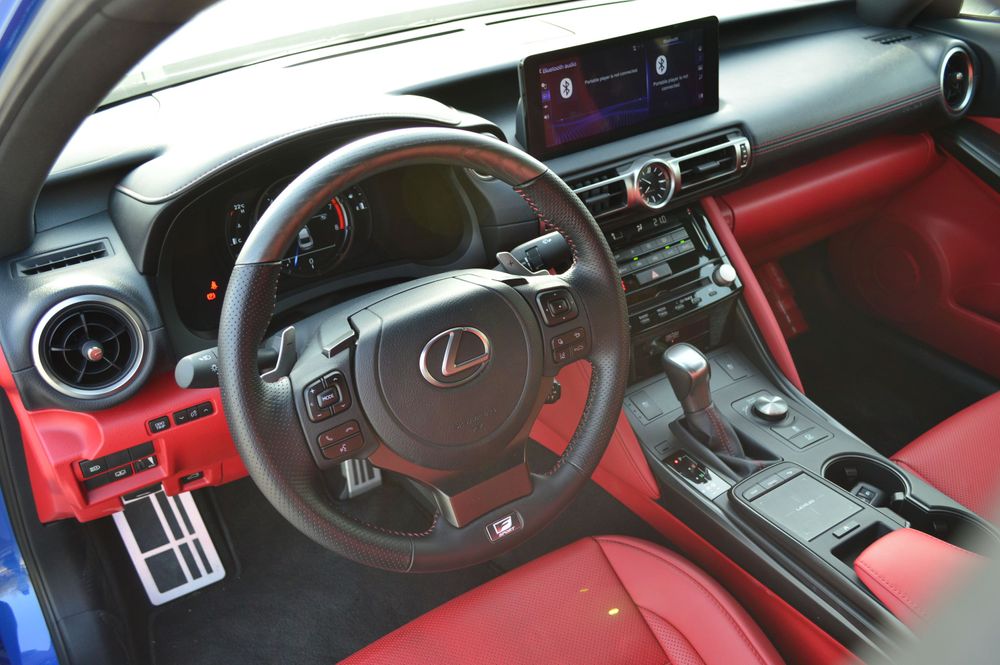 Powering the Lexus IS350 F-Sport is a 3.5-liter V6 naturally aspirated engine that puts out a respectable 311 horsepower. While the number isn’t groundbreaking, the fact that Lexus still chooses to stick with a high displacement engine instead of a smaller turbocharged engine (like nearly all of its rivals) is a testament to its old-school philosophy and dedication to the automotive enthusiasts.

Having said that, the IS350 is a fun car to drive. The steering is on the heavier side and its relays an average amount of feedback. The power is present and since it is naturally aspirated, there is no such thing as turbo lag or any sort of delay when you mash the accelerator pedal to the floor. On the whole, it is a nice car to drive and perhaps a little more power and a little more feedback in the steering would really enhance the overall experience. 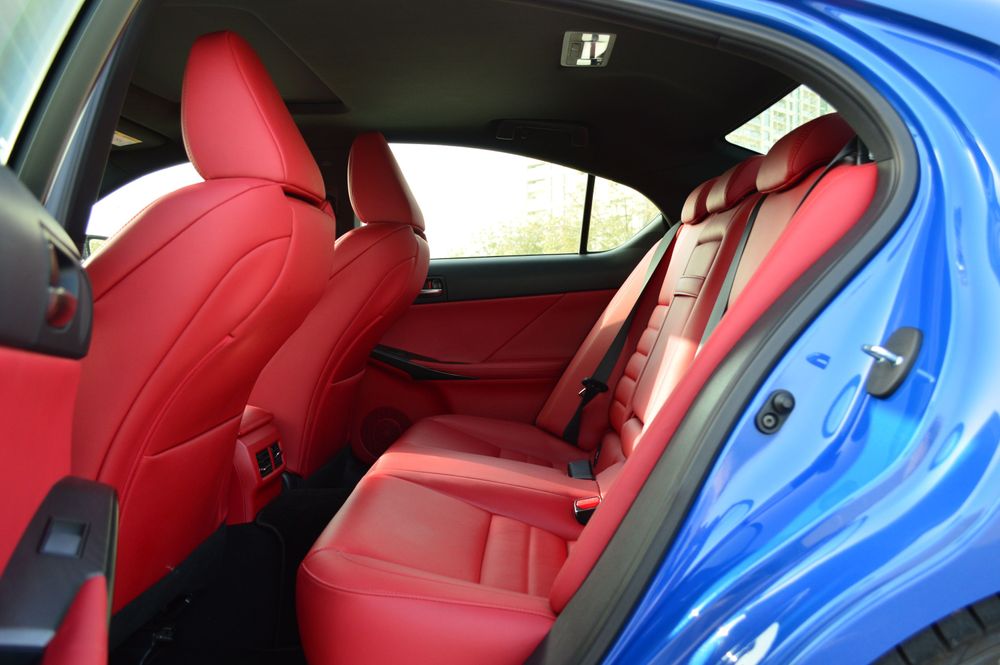 While the exterior is truly breathtaking, as it should be since first impressions matter, the same cannot be said about the interior. Since this is a facelift of a model that has been around since 2014, a lot of the cabin looks and feels nearly a decade old. The large buttons on the center console, the trackpad, and the cluttered steering wheel all make the 2021 Lexus IS feel very, very old. The only saving grace comes in the form of a touch infotainment screen, which has been made a little bigger since the model’s introduction in 2014. Although it is packed with features, they are quite outdated. For instance, the navigation system has poor graphics. The rearview camera isn’t very clear and definitely not what you’d expect in a 2021 premium sedan.

Space in the back is tight (as you would expect) but this really isn’t shocking. All of the IS’s rivals in the segment are equally tight and so the high transmission tunnel in the back and the fact that is more of a 4-seater than a 5-seater aren’t anything to be alarmed about. There are AC vents in the back and if there is something truly unique, it is how the designers have integrated the rear cup holders in the central armrest in the back. 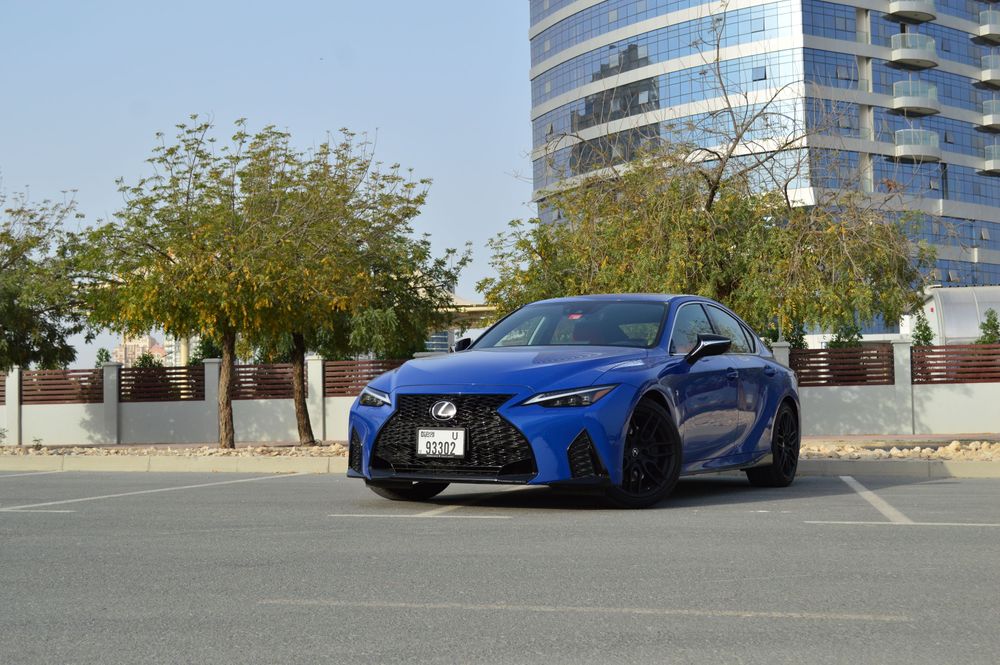 As I mentioned before, the exterior is what truly sets the IS350 F-Sport apart and is in many ways the Japanese sedan’s strongest suit. Since this is the F-Sport Prestige model, it gets black accents around the car, like a black spoiler and diffuser, and a large grille in the front. The headlights are LED and come with a striking 3-eye design that gives the car a modern and distinctive presence. The brake lights are now a single LED bar running from end to end and on the whole, the designers have definitely done a fabulous job with the exterior. 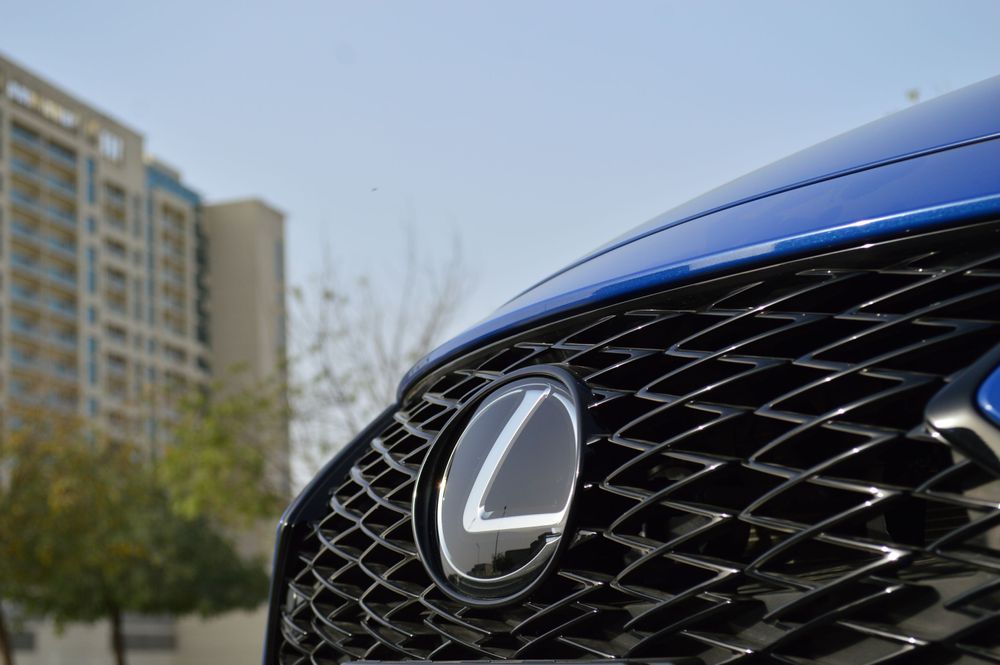 Very simply said, the 2021 Lexus IS350 F-Sport looks and feels like a 2021 model on the outside but a 2014 model on the inside. While it is fun to drive and priced reasonably well at 245,000 Dirhams, its dated technology is unlikely to allow it to steal many customers away from the competition. Maybe it wasn’t a facelift but an all-new model that was needed for the IS to continue being a relevant competitor in the segment…If you are looking to save time and money on your next car insurance purchase, get in touch with the highest-rated insurance provider in the country, InsuranceMarket.ae™.