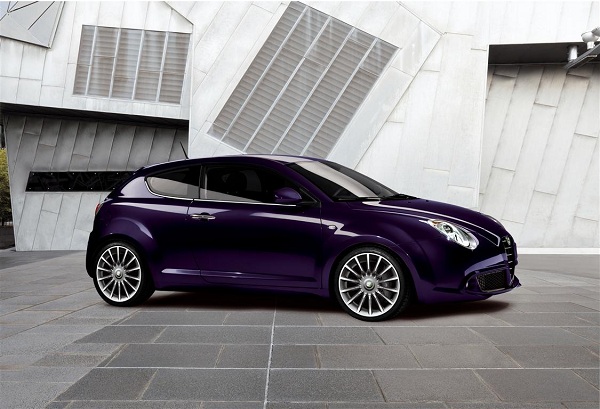 Alfa Romeo has launched a new war against Mini Cooper and Audi A1 with the new MiTo, a sporty supermini from the legendary Italian car maker.

We took a full option Distinctive version out for a test drive from Gargash Motors, the dealership in Dubai, to see if the refinement seen in Alfa Romeo’s larger cars is present in this more diminutive offering.

The MiTo comes with a manual/automatic combination gearbox, which enables you to accelerate to higher levels – up to 135hp in fact, over six speeds. This offers a wonderfully sporty feel, something that is mostly lacking in hatchbacks. This strong, smooth power delivery reminds you that you really are driving an Alfa. For once we didn't have to stick to the right most lane on Sheikh Zayed Road. Mini, are you listening? Mini also has a 6 speed gearbox but both are outmoded by Audi A1 seven speed S Tronic! Then again, an Alfa has it's own distinctive feel which only an Alfa fan can describe.

The handling of the MiTo is good, although it can feel a tad nervous on winding roads. Generally though, you feel in full control no matter what you throw at this car.

In terms of refinement, this Distinctive version was very smooth and quiet, although at higher speeds there was a little more noise than one might like – but for some this will only add to the excitement of driving an Alfa Romeo.

But how does the MiTo respond to Middle Eastern heat? The makers say an exhaustive testing programme was carried out in the region as part of the vehicle’s pre-launch evaluation, which should allay fears about heat related problems. It certainly performed well in the limited winter heat during our test drive.

Styling is one of the big attractions of any Alfa Romeo, and this model doesn’t disappoint. The unique triangular grille provides the focal point of this car’s modern, sporty styling. If resale value is a concern, then the looks alone should help it retain its value better than many cars.

Despite its modest size, there’s room for two adults in the back, and ample leg room. Additionally, there’s plenty of space for shopping and other cargo. The interior has an expensive feel to it, with quality materials that are comparable to those found in an Audi A1 or a Mini. The MiTo did let down a little by the stereo system and interior technology, which does not quite match the otherwise prestigious feel of the car.

The Distinctive model, and indeed all MiTos, come complete with a 5 year warranty, which is the kind of guarantee you would expect for a premium supermini – but does remind you that this is a car from a quality brand.

Despite the sporty, speedy nature of the MiTo, it is exceptional in the field of safety. Few rivals in the supermini category offer such an impressive safety kit. The full option model comes with no less than 7 airbags, and all versions are sold with stability control. Additionally, active anti-whiplash head restraints complete a gold standard suite of safety technologies. The rigourous Euro NCAP crash test gave the MiTo a maximum five star rating, so if you want safety in your hatchback, look no further.

Overall, the MiTo is not only great for daily usage, but also adds a little more excitement to driving by banishing the ‘slow hatchback’ syndrome – not only in its power and handling, but also in its styling.