Mercedes-Benz currently has a slew of SUVs and crossovers in its lineage with all of them having something distinct to offer to their buyers. One of the most versatile Mercedes SUVs has been the GLC which superseded the ailing GLK crossover and rivals the Audi Q5, BMW X3 and the Volvo XC60. It’s got a facelift which is headed to the UAE and we tell you what has changed. 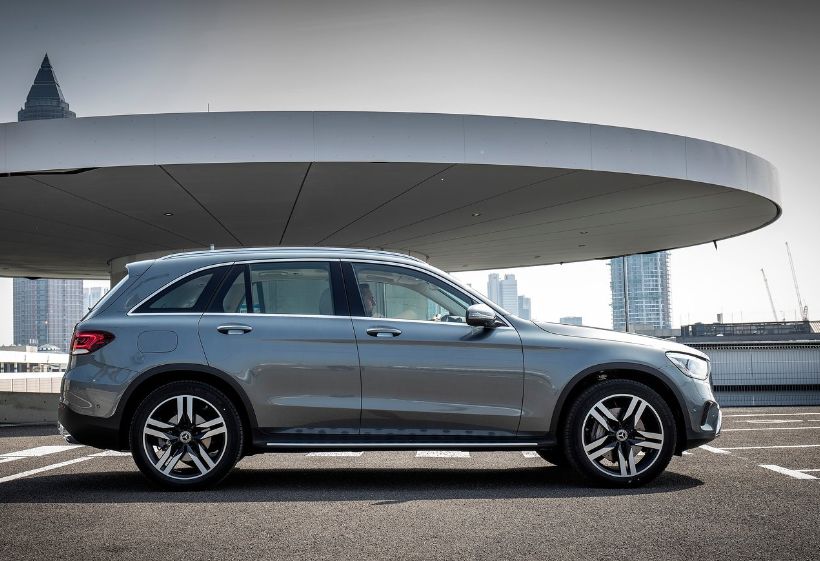 For starters, the updated GLC is more of an evolution than a complete revolution with some subtle changes made to its design. It shares a lot of underpinnings with the updated C-class sedan and one can find similar changes made here too. For instance, the aluminium cladding on the bumper has been revised to look more butch with three gaps covering the air intakes. The air intakes on the side too have been renovated and are curvy and smaller in size than before. They are now enclosed by a muscular line. The grille largely remains identical to its previous gen except for black inserts on it and a reshaped design for the air vents. The head lamps are better illuminated by LEDs flowing seamlessly and provides a shaper look.

On the side, the changes are minimal with sparsely anything to write home about. The car continues to have a high shoulder line with a couple of creases on the doors.

It would require a hawk’s eye to spot the changes evident at the rear. Mercedes-Benz have designed the GLC so well that it doesn’t look dated even after 4 years of production and barring a new strip of LEDs for the taillights and a new diffuser with 3 slats in it, it is totally unchanged. The car measures 4656 mm, 1890mm, 1638 mm in length, width and height respectively and has a wheelbase of 2873 mm. 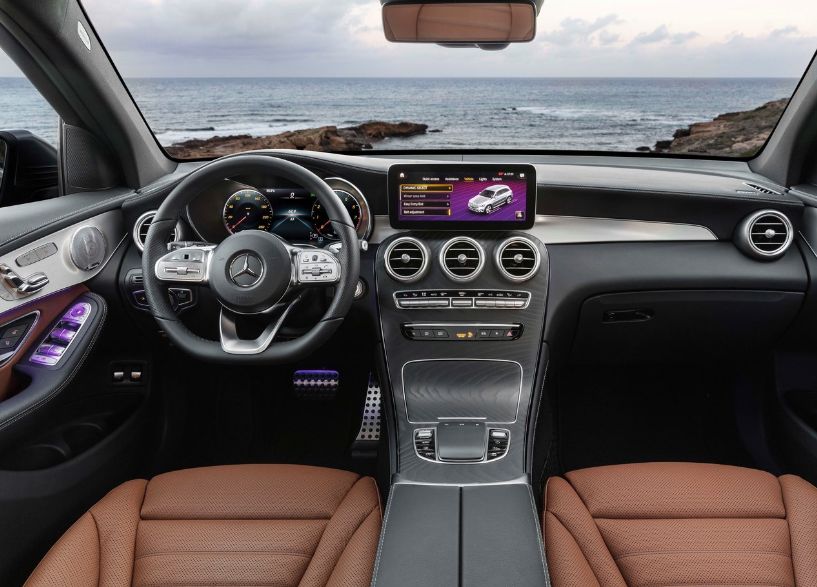 Just like its exterior, the interior too, by and large, receives only a subtle update. In line with the current scenario, it gets an updated 10.25” MBUX interface replacing the 7” infotainment screen and is most likely to come standard with Apple CarPlay, Android Auto keeping with the vogue. You might be pampered by a more responsive voice command setup which does carry out more tasks when you say, “Hey, Mercedes.”

The navigation system has also been updated which alters the camera view depending upon the steering inputs to provide you a greater clarity of the direction you’re heading to. The touch sensitive controls on the steering wheel is a nice touch allowing you to control the volume, FM station and other menus placed in the 12.3” digital instrument cluster and the interface on the center console. We might also get bespoke ambient lighting package with 64 options to choose from.

The car uses leather wherever possible. The center console has been kept untouched as it never required an upgrade. You just find a single array of keys for the AC and climate control with a voluminous storage compartment sitting under it. The touchpad has grown larger in size enhancing functionality. The rear seats are identical to its progenitor. The Driver Assistance Package might come with all the driver related tech such as lane departure warning, forward cross traffic alert, adaptive cruise control and Active Lane Change Assist function. 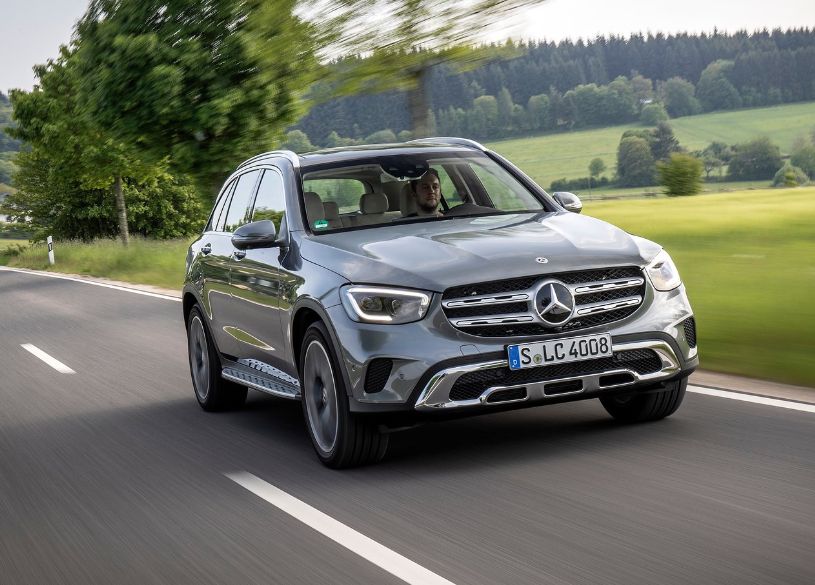 Not only does the GLC get cosmetic updates, but also some thorough mechanical overhauls. The engine displacement remains intact but produces more oomph at 255 hp compared to 211 hp in the pre-facelift model and the torque has gone marginally higher from 350 Nm to 370 Nm. We expect this engine to power the standard models when launched in the UAE. The car will mostly come mated to Mercedes’ latest 9G-Tronic transmission. 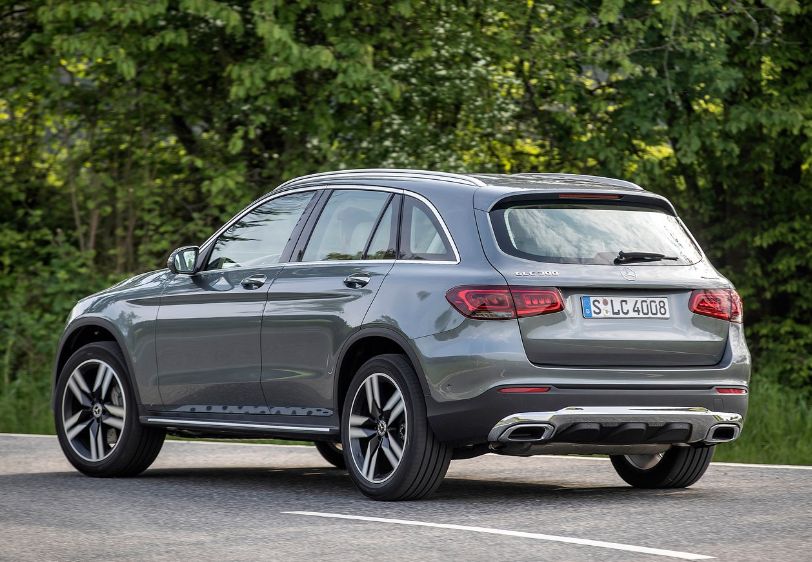 The GLC comes as a fierce adversary to the above mentioned rivals. It was always a strong player in the mid-sized SUV segment and with these subtle tweaks in the form of additional tech and punch, it just betters its predecessor and might continue to be a compelling bargain over its competition when launched in the UAE.