An overview of the upcoming and all new 2020 Nissan Sentra 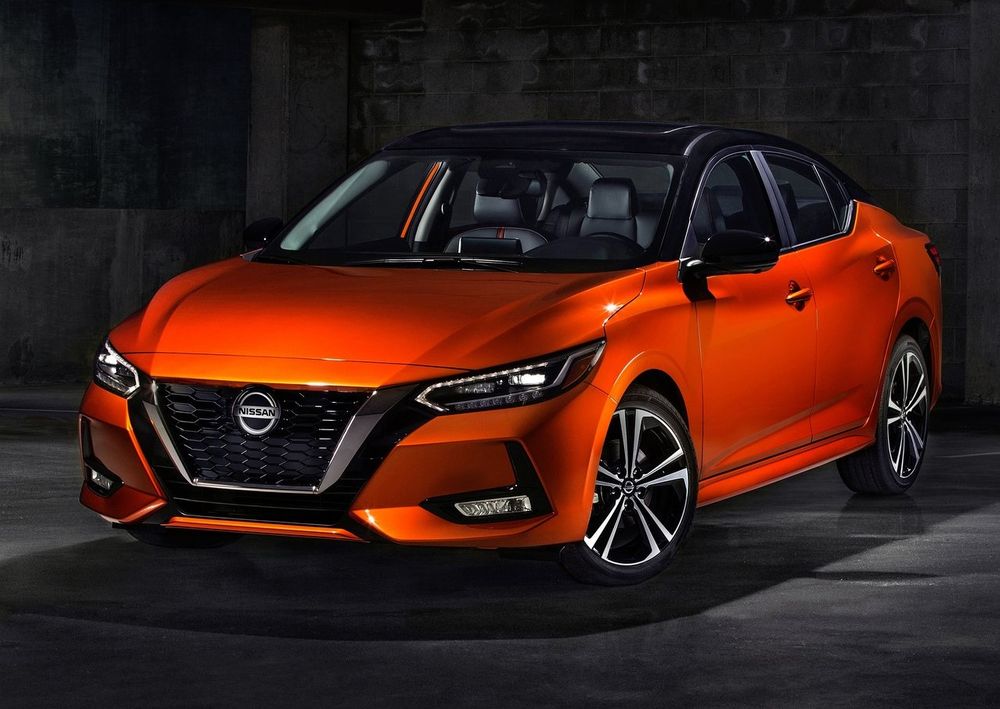 Going up against the likes of the Honda Civic, Hyundai Elantra, Volkswagen Jetta and Renault Megane, the all-new and thoroughly revised 2020 Nissan Sentra made its international debut at the Los Angeles Auto Show in November 2019. The eighth generation of the Nissan Sentra, a C-segment sedan that has been on sale in its outgoing avatar since 2013, is a right step up for the Japanese marque. In the past couple of years, the outgoing (seventh-generation) Sentra was really beginning to be competitive in a market that had some of the latest on offer from various other brands.

Just like how they managed to spruce up the Sunny, Nissan has gone ahead and applied the same technique on the now-aging Sentra as well. Based on the company’s Common Module Family (CMF) architecture, the latest iteration of the Sentra brings about a host of welcome and modern changes to the model – changes that the sedan surely needed to maintain a competitive edge.

The all-new Nissan Sentra’s design is a far throw from the bland and uninspiring outline of its predecessor. As part of its upgrade, the auto giant has essentially made the new Sentra a more compact version of the pricier Altima sedan. This means the 2020 Nissan Sentra is endowed with a large V-motion grille, stylish headlamps, and a sporty-looking bumper up front, while also portraying some sense of sportiness and aggression in its demeanor.

Meanwhile, the restyled side silhouette of the new Sentra makes it look far more appeasing to the eye than its older self. Here, the sloping roofline blends well with the sedan’s stylish but strong creases along the front and rear half of the body. And if you go for a higher-spec trim, the new Sentra also gets a rear spoiler, wrap-around tail lamps with fancier inner design details, and a redesigned bumper with a sportier lower apron.

As for its general dimensions, the 2020 Nissan Sentra comes in at 4.640 meters in length, 1.816 meters in width and 1.445 meters in height. The new sedan’s wheelbase measures 2.712 meters, making the overall car larger in every key metric. However, the trunk is now smaller, able to only accommodate approximately 405 liters worth of stuff in it. This is in stark comparison to the older model’s trunk capacity of 510 liters. But in terms of its styling, the all-new Nissan Sentra is miles ahead of its not-so-enigmatic predecessor. 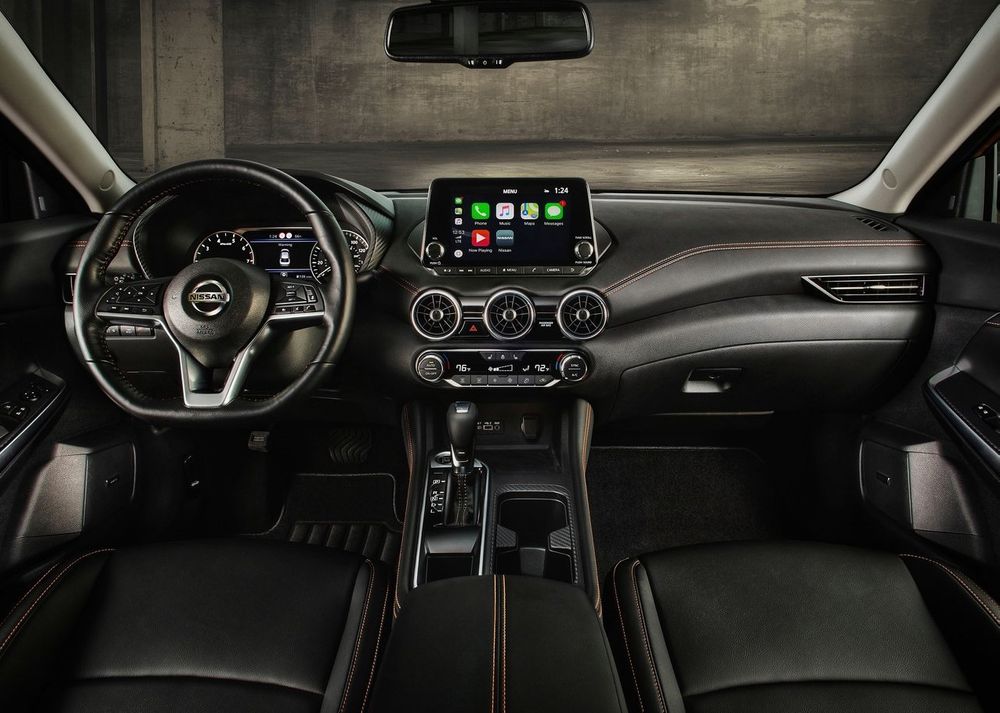 Just as seen with its smaller Sunny stablemate, the interior of the all-new Nissan Sentra has been revamped to look much more appealing, modern, and visually interesting. You now also get better quality of materials -- soft and squishy padding on the dashboard and seats along with turbine-style center vents make this interior seem noticeably upscale. While seating comfort has been improved and NVH levels are lower than in the previous models, this cabin can be made even quieter than what it already is.

For rear-seat passengers, legroom won’t be much of an issue, and even shoulder room is pretty decent. And despite the sloping roof, headroom isn’t anything to really worry about. Of course, you now get more features and equipment with the new Sentra, including keyless entry with push-button start, Android Auto & Apple CarPlay, improved 6-speaker audio system, and a better infotainment system to name a few.

Power for the 2020 Nissan Sentra comes from a 2.0-liter four-banger that outputs 149 hp with 198 Nm of maximum torque, and the whole thing is mated to Nissan’s Xtronic CVT gearbox. With a top whack of 200 km/h and a combined fuel consumption rating of 7.3 L/100 km, the new Sentra is not only faster than the previous-gen Sentra 1.6 but also thirstier. 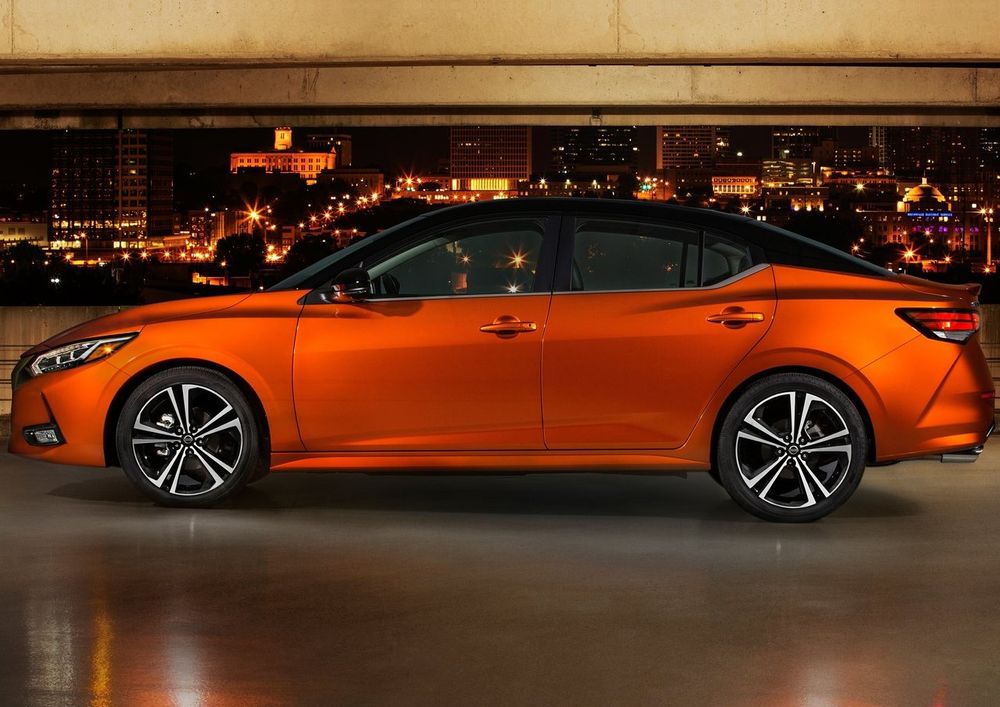 In its latest 2020 avatar, the Nissan Sentra is now a much more complete and all-round package than its predecessor. With several improvements made to it as a whole, expect this new one to be pricier than the model it replaces.