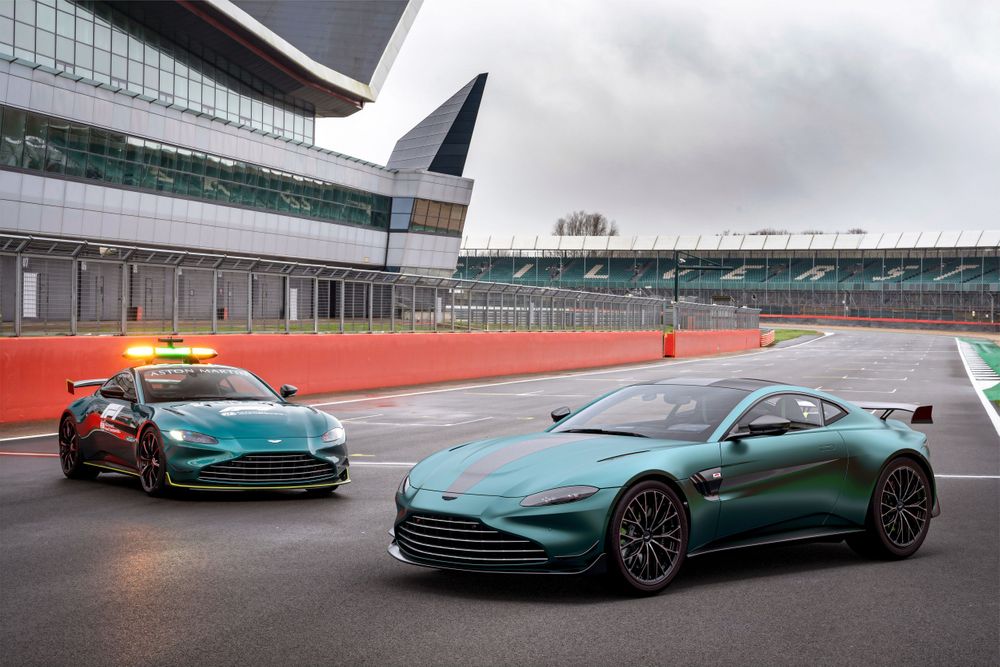 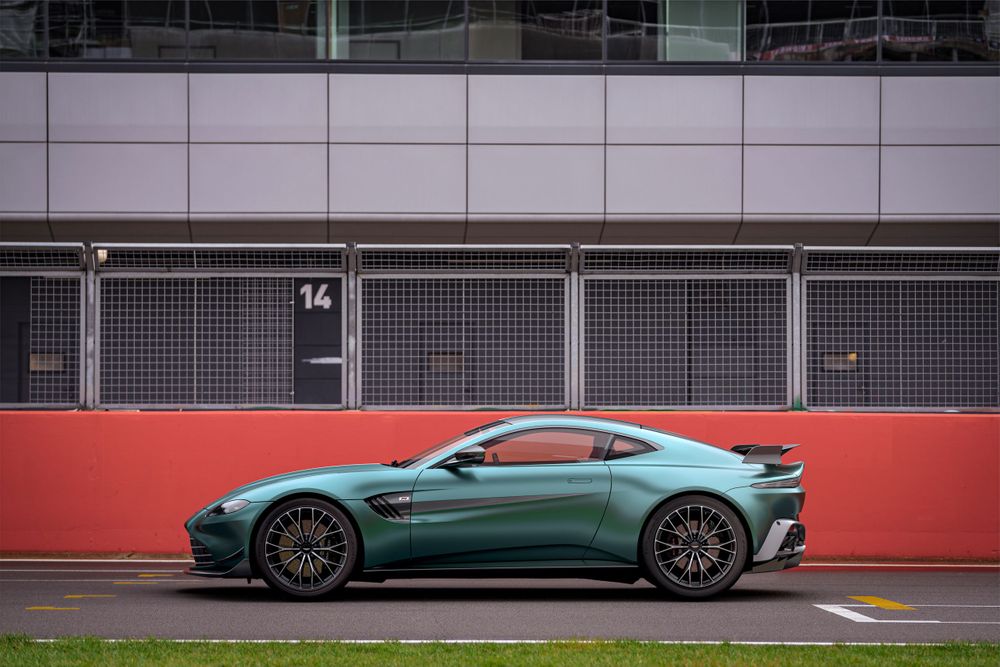 Keeping the performance aside, the Aston Martin Vantage F1 Edition receives a host of chassis and aerodynamic improvements. The engineering team has spent plenty of time to bring out more character, increase tactility and expand its outright capabilities. Starting with the 4.0-liter twin-turbo V8 engine, power is up by 25PS to a new maximum of 535PS.  Peak torque remains unchanged at 685Nm, but that peak is sustained for longer to further increase tractability and in-gear urgency.  This relentless, muscular performance has been further enhanced by work to the 8-speed automatic transmission, with an optimized torque cut during upshifts that reduces shift times and increases the feeling of directness and precision.

To complement changes to the dampers, the chassis also benefits from increased rear spring rate and lateral stiffness to help sharpen turn-in, increase traction (especially over bumps) and ensure the rear-end is tuned to complement the front-end’s rate of response.  Further improvements to response and - crucially - to what the driver feels have been made to the steering system, allowing feedback from the road to be transmitted more clearly, which in turn helps build a detailed sense of available grip. 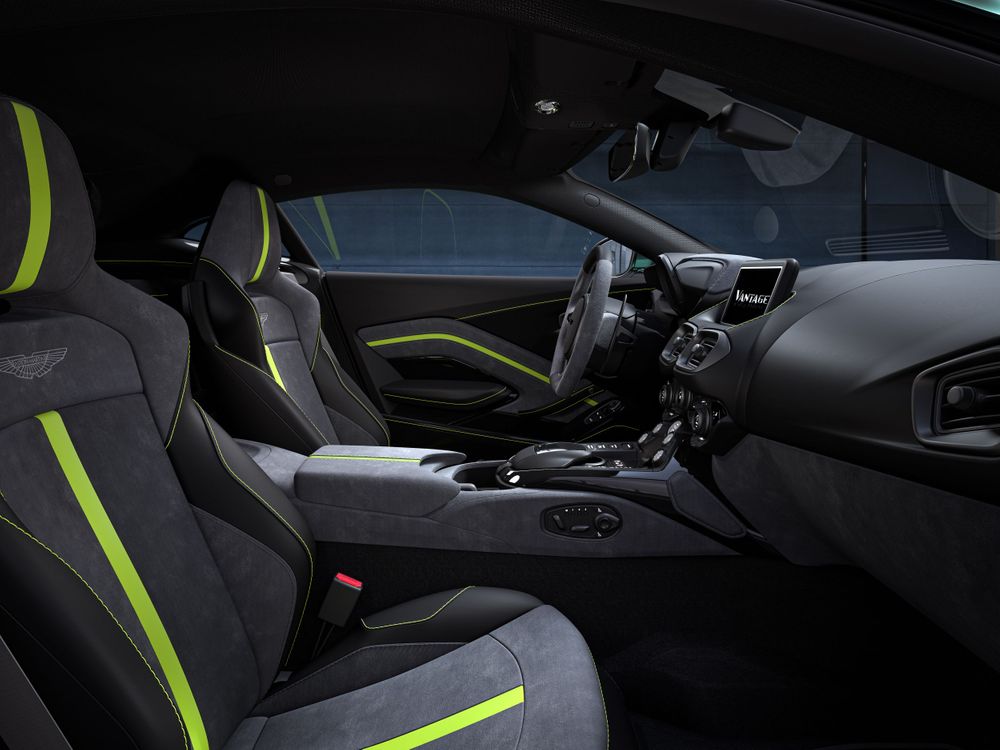 Completing the Vantage F1 Edition’s performance enhancements is a comprehensive aero kit, bringing improvements that can be felt from the driver’s seat and measured against the clock.  Designed to deliver positive front and rear downforce, totaling 200kg more downforce than the standard Vantage at top speed - as well as optimizing the overall balance of the car, the aerodynamic changes comprise a full-width front splitter, front dive planes, underbody turning vanes, and - most obviously - the new rear wing.  The rear diffuser remains unchanged but is still a core feature in the delivery of the aerodynamic performance working in tandem with the new aerodynamic features.

Aston Martin Chief Executive Officer, Tobias Moers said: “Performance is at the heart of every Aston Martin, but when it wears an F1 badge it has to be a truly exceptional car.  Vantage was already the most focused sports car in our range but in the development of our Official Safety Car of Formula 1, it had to be a true athlete: more powerful; more agile; more immediate, and more exciting to drive.  And - of course - quicker and more capable in a race-track environment.  I set the engineering team a tough target, as I was insistent that gains in performance came via genuine improvements in the car’s dynamics, and not by fitting track-optimized tires.  The results speak for themselves.  A Vantage to appeal to the most discerning drivers and a new model that marks an exciting moment in Aston Martin’s history”. 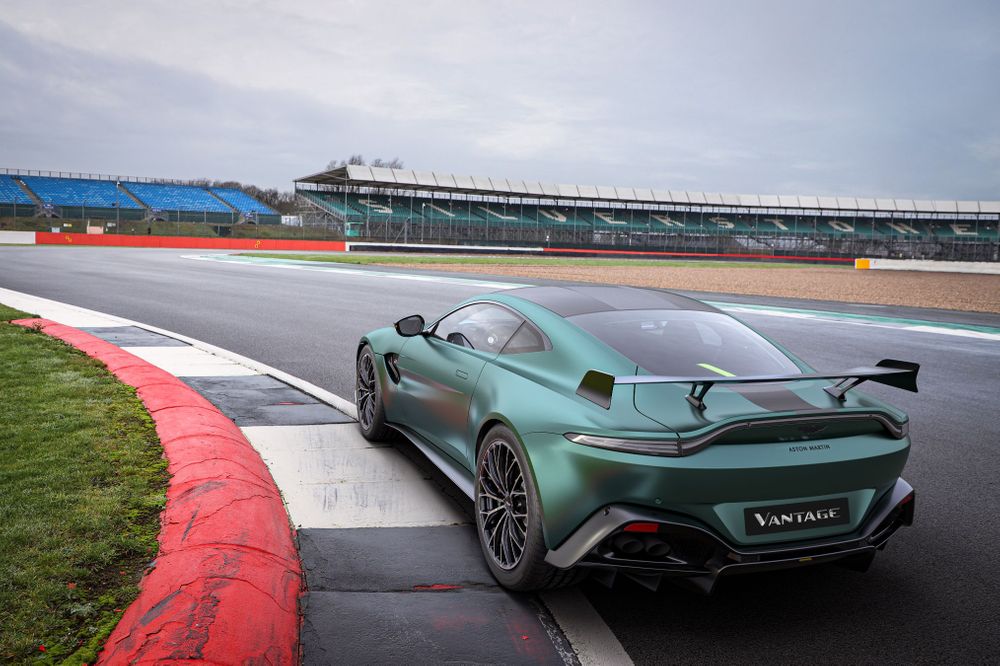 The new Vantage F1 Edition is on sale now as a Coupe and a Roadster, with prices starting from AED 722,000 and deliveries expected to begin in May 2021.