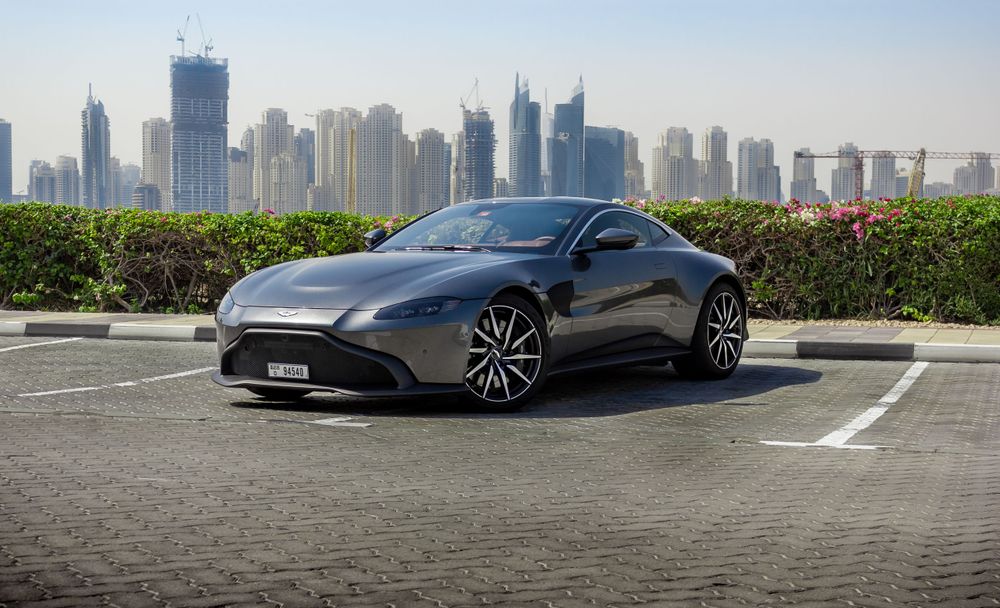 Despite Middle Eastern roads being embellished with supercars flaunting the brightest of hues, an Aston Martin never blends into the crowd. Be it for its understated styling or for its distinct exhaust note, it captures more of the spotlight than one could imagine. The all-new Vantage is no exception and in the subtlest of greys, it’s ready to take on Germany’s finest, the Audi R8, Mercedes-AMG GT, and the Porsche 911. 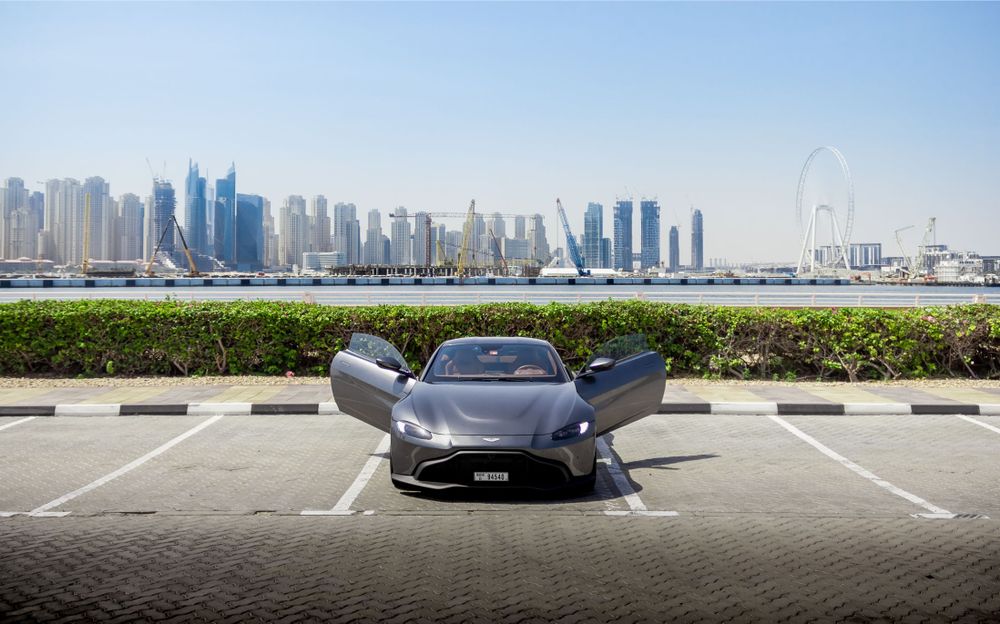 While the previous Vantage captured hearts due to its elegance and sophisticated persona, the new model attempts to tread down a different path. With styling that is more vulgar than elegant, the all-new Vantage flexes its muscles with a broad snout and flared arches giving it the impression of being one with the road. Much like the DB11 we recently tested, and you can read about here, the doors of the Vantage swing outwards and a little upwards too – partly for showmanship and partly for necessity.

Differentiating itself from the gentlemanly DB11, however, the Vantage flaunts a prominent bulge on its hood with tapering creases lending it the outline it deserves. Along the sides, its dedication to aerodynamic perfection is visible through vents that channel air swiftly and smoothly across its bodywork. The rear is by far the most striking angle of the all-new Vantage and it combines the energy in its design to create a concealed spoiler with an integrated taillamp that runs from one end to the other. It’s magnificent. 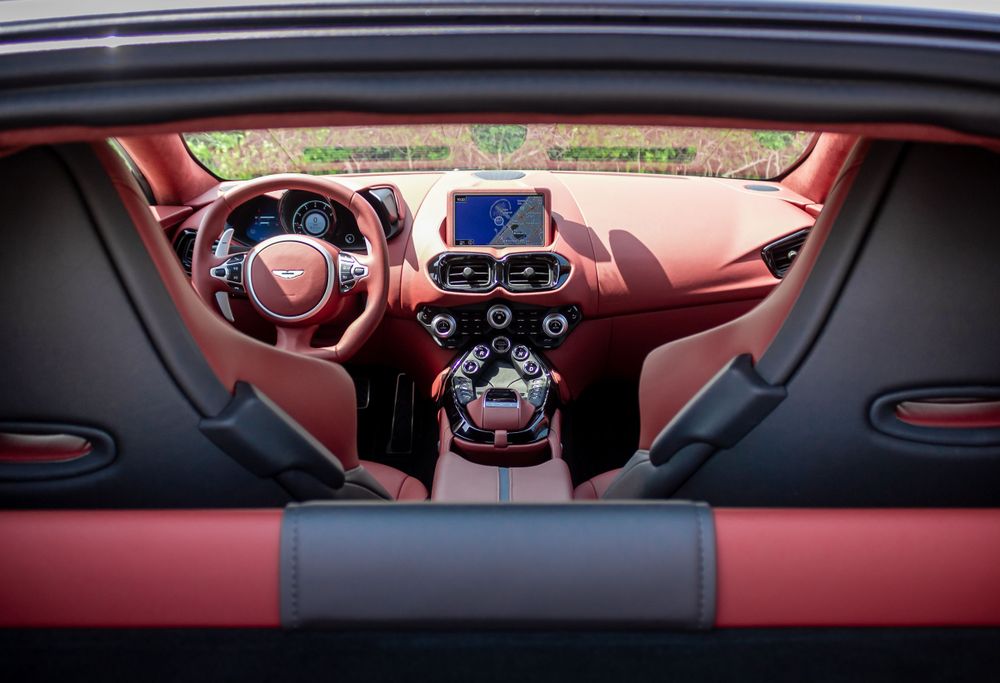 Focused and built with millimeters of precision, the cabin of the Aston Martin Vantage is simple and uncluttered, offering drivers just what they need, no more and no less. Being an Aston, it drips luxury and the bright red leather is as elegant as it is flamboyant. The low seating position and octagonal steering wheel add to the sense of being seated in a fighter jet with circular buttons and knobs trickling down from the dashboard onto the center console.

Those familiar with the automotive industry and its offerings would be quick to pick up on the infotainment system and its distinct controls. Yes, it is borrowed from Mercedes-Benz (like several other components on the Vantage) but that isn’t necessarily a bad thing. Could you mistake the Vantage for being sat in a Mercedes-Benz? Not easily, not with glass finished buttons, chrome piping around the cabin and lustrous black trim encompassing it all. 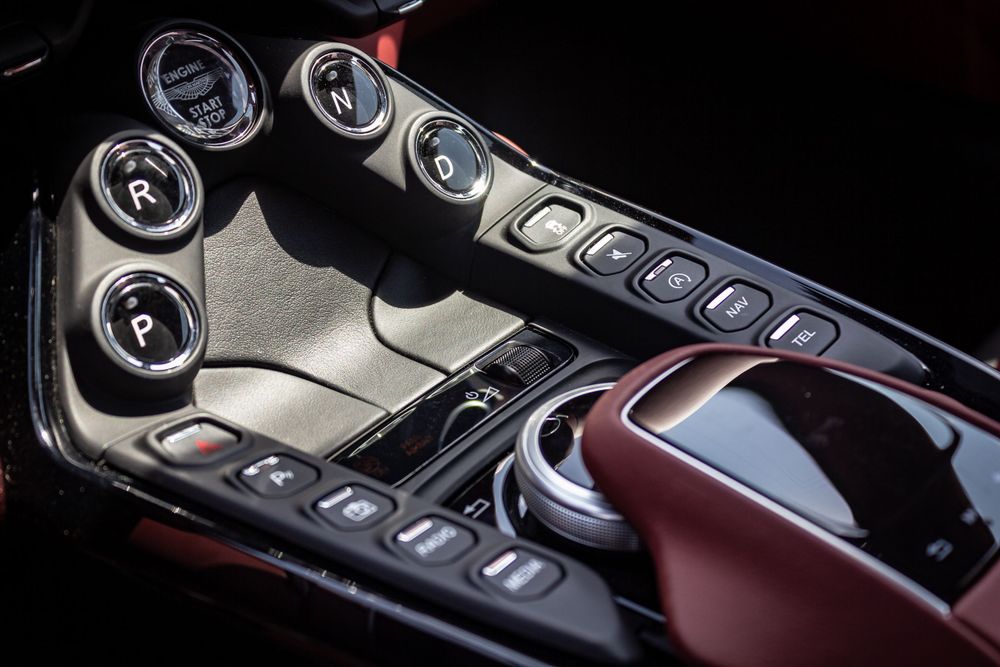 Mercedes’ performance arm (AMG) knows a thing or two about pushing out monstrous figures. Why are we talking AMG in an Aston review, you ask? Because the engine fitted to the all-new Vantage is an AMG masterpiece. In fact, it’s lifted straight out of the C63, and so the 503 horsepower and 685 Nm of torque that it creates, isn’t particularly shocking. Tipping scales at just 1,503kg, the Vantage races from 0 – 100km/h in 3.6-seconds and onward to a vision-warping top speed of 315 km/h.

While it packs plenty of punch to deal with the straight-line speedsters that pull up besides you at the lights, the Vantage has also got the right kit to take on the very best of corner carving sportscars. Set-up by ex-Lotus employee Matt Becker, this entry-level offering from Aston rocks the perfect balance of speed and agility, allowing drivers to exploit its limits in a moderately controlled fashion. Of course, sideways action is simply a tap of the accelerator pedal away. 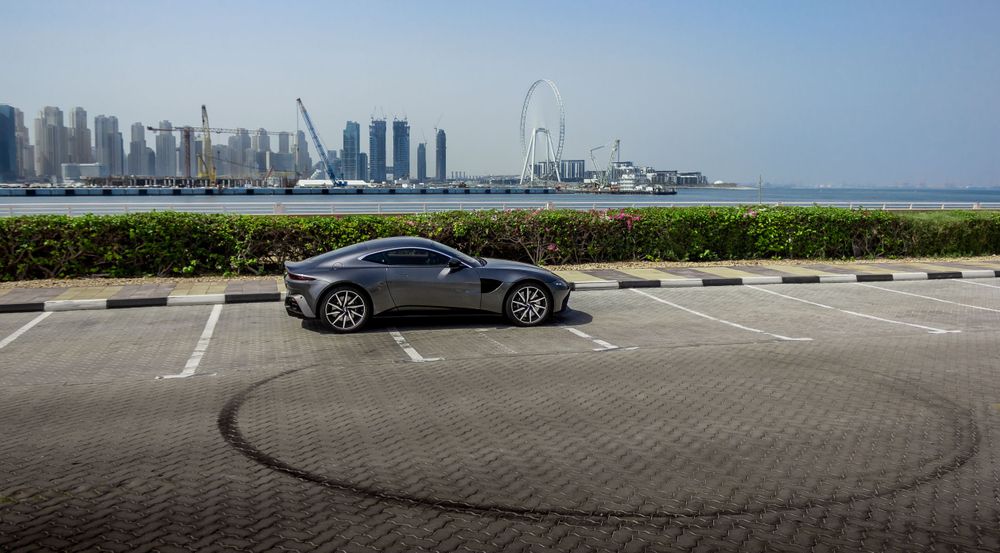 What’s extremely remarkable, however, is how small and agile the Vantage feels from the driver’s seat. Dimensionally, it is shorter than the Porsche 911 and it feels narrower and easier to control, despite possessing a wider track. Is it intimidating to drive? Not at all, and that’s a pleasant surprise since the most comfortable drive mode it offers is ‘Sport’ only allowing you to raise the bar to ‘Sport+’ and ‘Track’ for when you really want to wring its V8 out. 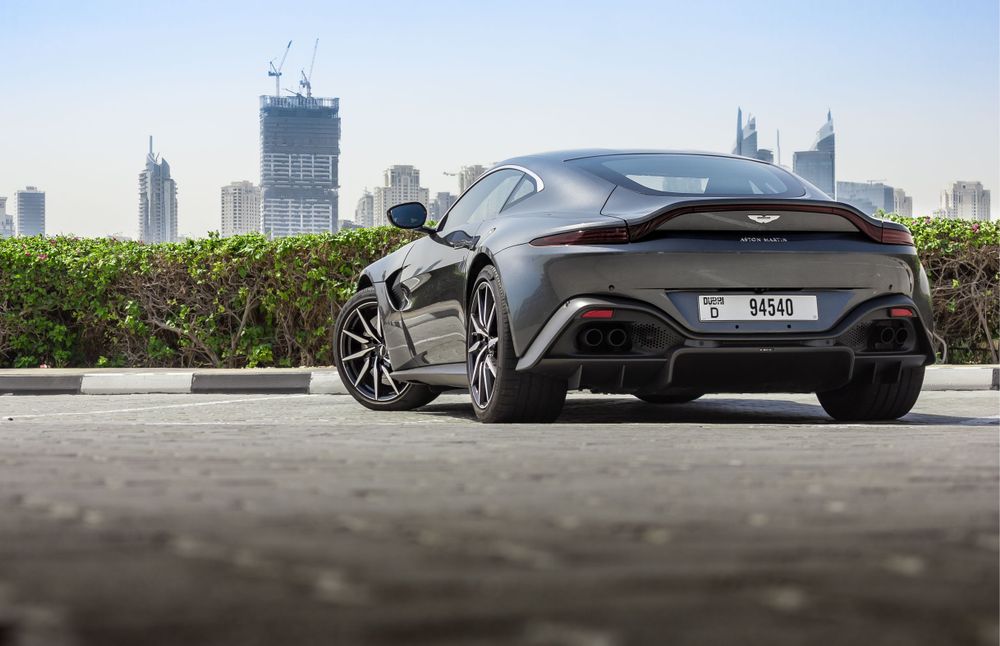 The Aston Martin Vantage takes up entry position in the British automaker’s line-up and in many ways is the first all-new model to carry the brand into its next leg. With an aggressive design, phenomenal driving experience and exclusivity that not many can match, the all-new Vantage is a treat for all the senses and what a car it truly is!