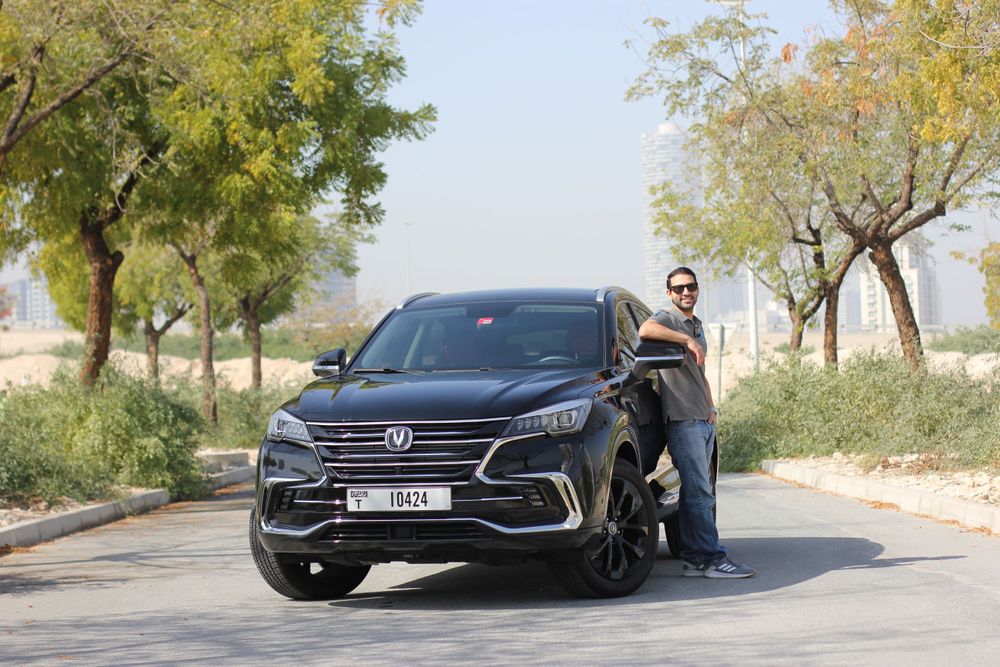 After much anticipation, the day had finally arrived where I would get the opportunity to drive the Changan CS85. A special day indeed as I would be driving the most affordable SUV Coupe on the market and after putting it through its paces, answering whether it is worth its 131,000 Dirham price tag. 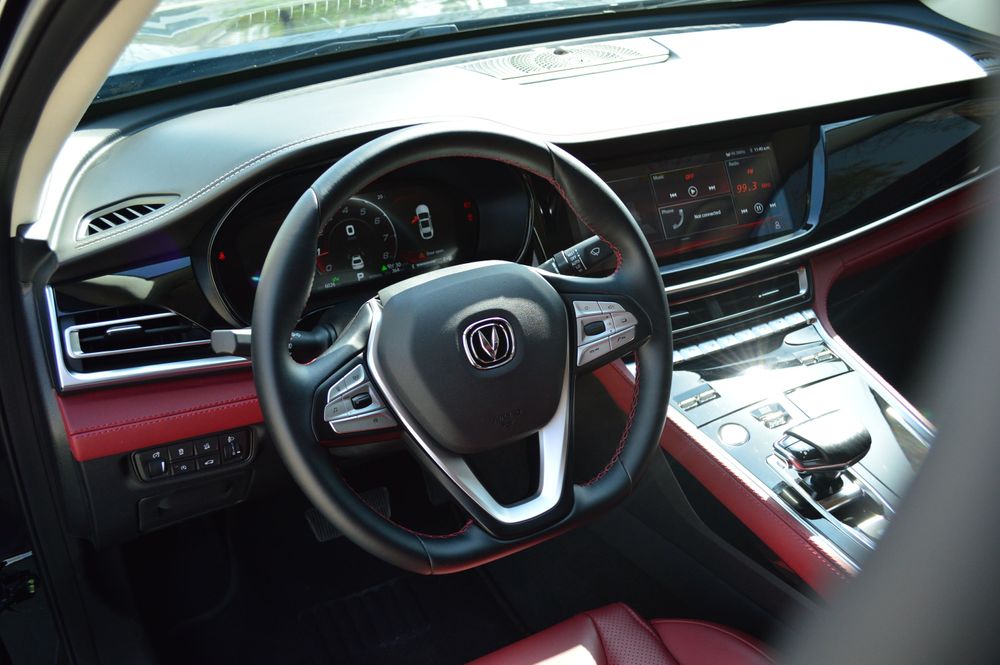 Now I’ve driven a fair number of Chinese cars in the past few years, everything from Chery to Haval and GAC to Hongqi and everything in between but right off the bat I can tell you that this Changan is very different. Not only does it look good and have plenty of features but it’s also extremely nice to drive.

Power is provided by a 2.0-liter turbocharged engine that puts out 233 horsepower and 360 Nm of torque, and for those of you wondering; yes those are extremely impressive numbers because this thing makes more horsepower and torque than a Volkswagen Golf GTI. Impressed? Well, there’s more…

The 8-speed automatic transmission that pushes power to the front wheels is built by AISIN, a company that builds gearboxes for premium brands such as Lexus, Lotus, and Porsche amongst many, many others, and let’s just say it’s a lot faster than you’d expect it to be. 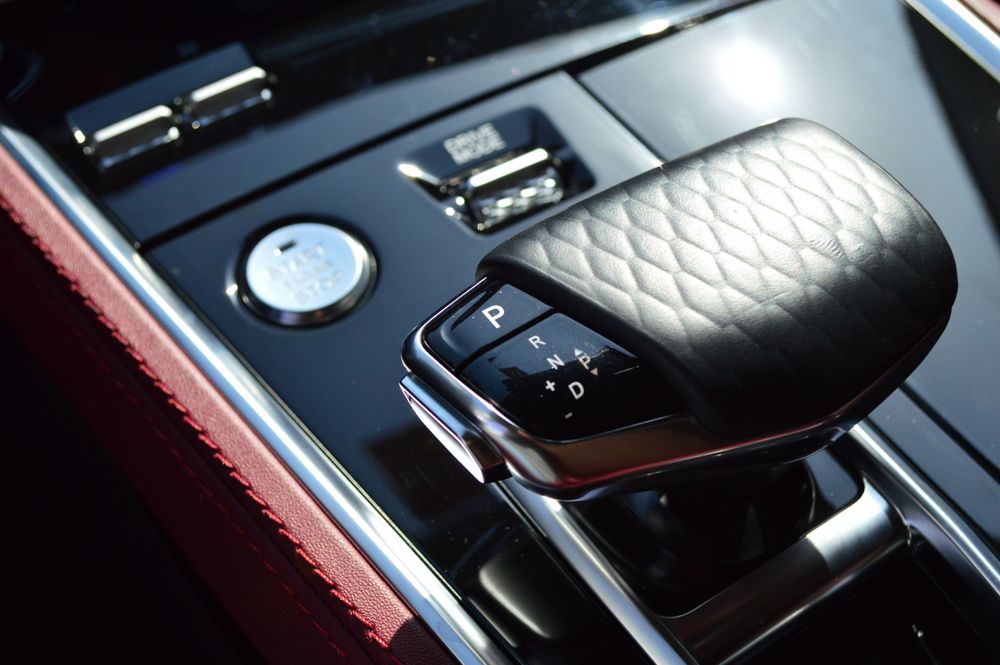 Changan really hasn’t held back on any part of this car and that is why even the wipers aren’t from just any manufacturer, they are from Bosch. The brakes use ventilated discs in the front for better braking performance and the McPherson Strut suspension is tuned beautifully to absorb bumps in the road. But now, let’s move on to some of its party tricks – the things you can tell your friends about.

First up, the Adaptive Cruise Control system. It works brilliantly, staying in the center of the lane, accelerating and braking very smoothly, but the best part is that it is extremely aware of its surroundings showing you the vehicles around you and the distance from them on the digital instrument cluster display – it’s quite similar to the system used by Tesla, really.

Its next party trick is its parking skills and this is really threefold because it’s got 360-degree cameras that let you look at your surroundings in virtual reality. It’s got automated parallel and perpendicular parking where you don’t even need to hold the steering wheel. And then it has something that is bound to blow you away.

Believe it or not, but you can park this car or get it out of a parking space without actually being in it. You simply start the car using the remote, click the parking button, and then choose if you want it to go forward or backward. Now the next time you visit the mall and someone parks so close to you that you can’t even get into your own car, you won’t need to jump in through the passenger door or boot because Changan’s already thought of a solution. 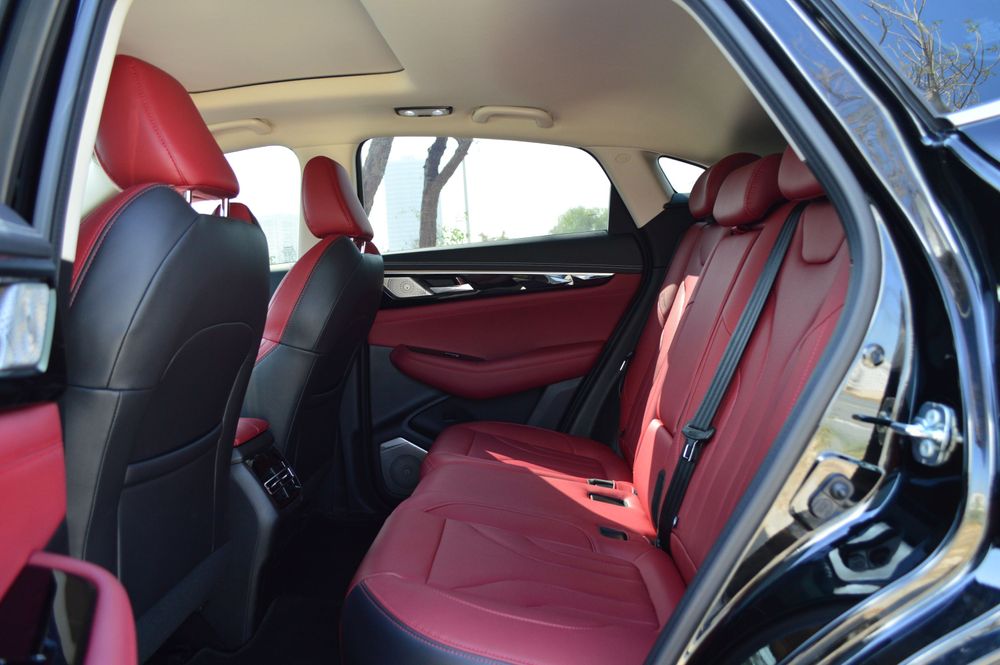 When it comes to the interior, many believe that Chinese cars are flimsy and that they are not built well but that definitely is not the case here. The red and black color scheme compliments the dark exterior wonderfully and everything feels solid. The speaker housings are metal. Nothing shakes or rattles and if I were to cover the badges, it could easily pass off as a modern-day Hyundai.

The leather seats are extremely comfortable; they offer heating and cooling as well as 8-way power adjustment for the driver and 4-way power adjustment for the passenger. There’s also a dual-zone climate control system meaning the driver and passenger can set different temperatures for the AC system and a 12.3-inch touch infotainment screen that takes center stage on the dashboard.

Space in the back is better than one would expect from an SUV Coupe with plenty of headroom and legroom even for taller adults. While there aren’t any screens to keep the little ones entertained, there are AC vents, cup holders, and a USB charging outlet. 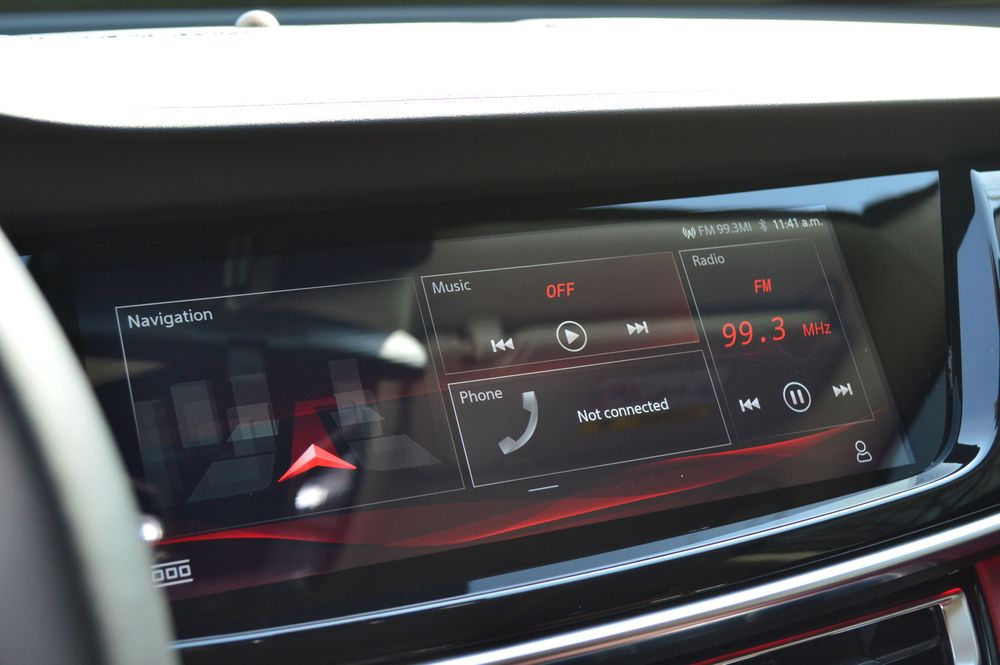 In terms of features, there’s nearly every feature imaginable from a panoramic roof to an ambient lighting system and push-button start to an 8-speaker sound system. For the techies, there’s also Mirror Link which lets you connect your phone to the infotainment screen and a camera in the front that lets you record your drive onto an SD card – think of something like an inbuilt dashcam. Now that’s pretty cool, right?.

On the safety side of things, there’s adaptive cruise control and 360-degree cameras as mentioned earlier, but there’s also forward collision warning, autonomous braking that kicks in if the driver doesn’t respond in time, blind-spot monitoring, and lane departure warning. 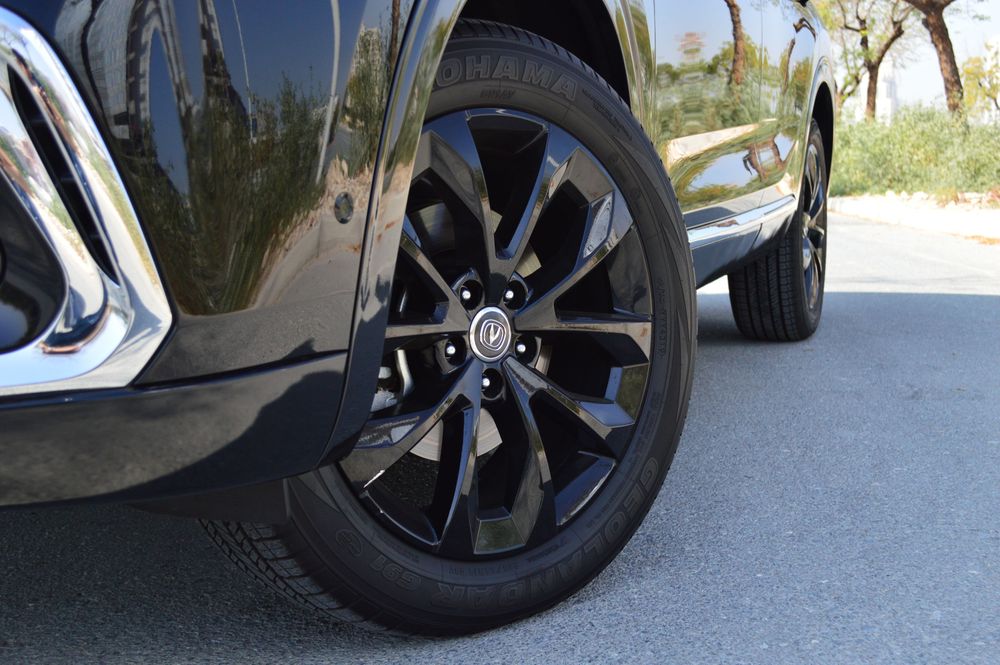 Now I know you all are thinking it, so I’m just going to say it. Yes, the Changan CS85 does look a lot like a BMW X4 but that’s only from certain angles. In the front, it’s got a very unique design with plenty of chrome on the grille and bumper, which is flanked by a set of automatic LED headlamps and LED Daytime Running Lights.

For those of you who don’t quite fancy the black exterior, you can also have it in red, purple, blue, or grey, and speaking of customization options; our test car is fitted with 19-inch alloy wheels that have been painted black. There are a lot of sharp lines on the bodywork that make it look broad and muscular, especially towards the back, where you can find wrap-around LED taillights and four functioning chrome exhaust pipes under the bumper. 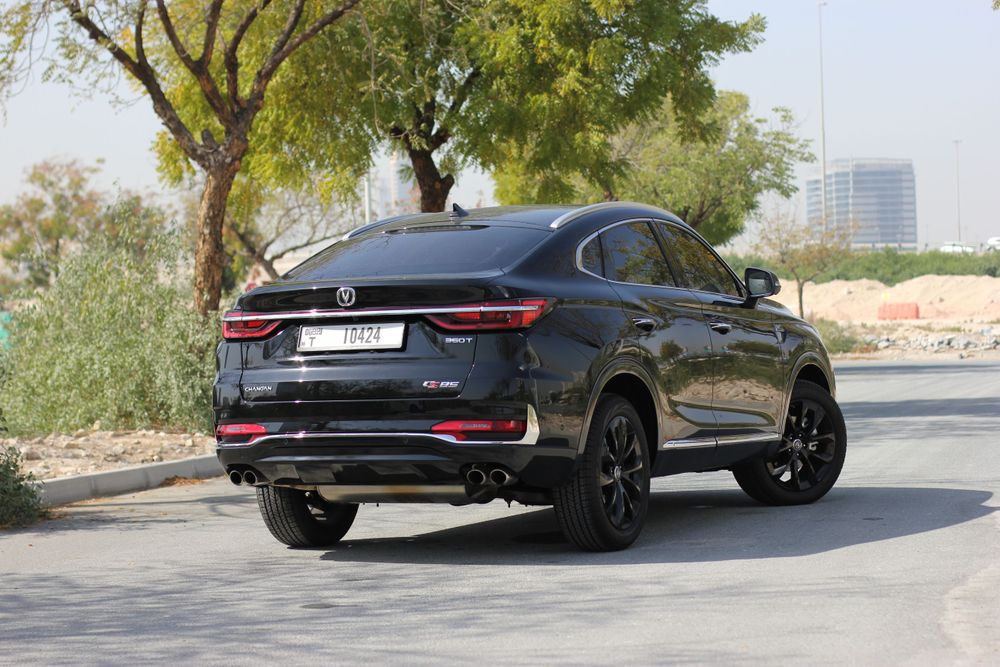