Does the 2019 Toyota RAV4 have a CVT transmission 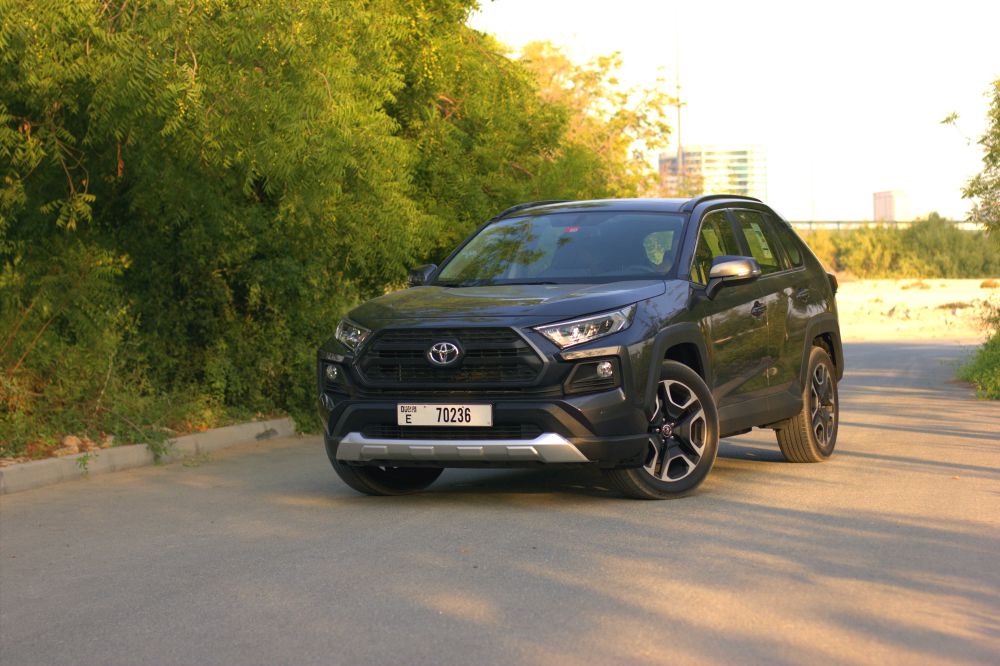 When it made its debut back in 1994, the Toyota RAV4 was credited for being the first compact crossover SUV in the world - an honor that it holds to this day. In markets such as the UAE, the RAV4 is the only compact crossover offering from the world-renowned Japanese auto giant -- a precarious perch in a region that’s dominated by vehicles from this segment. However, over the years since its first introduction, Toyota has been able to craft the RAV4 to a state of near perfection. Now in its brand-new fifth-generation avatar, the 2019 Toyota RAV4 boasts a different and more aggressive design, overhauled and upmarket interior, and revised mechanicals to further its appeal. However, despite its newness, the 2019 RAV4 won’t have it easy - especially with the segment being rife with strong competitors such as the Honda CR-V, Nissan X-Trail, and Kia Sportage.

One of the most significant updates over the previous-gen RAV4, the new model now rides on the new TNGA-K (Toyota New Global Architecture) platform, which it shares with the new Camry as well. The new architecture is not only stronger and offers more structural rigidity over the older one, but it also provides for better driving characteristics in general. Under the hood, the regular petrol-powered variants of the new RAV4 come with the tried & tested A25A-FKS 2.5-litre naturally-aspirated four-cylinder mill, but it’s now mated to an all-new 8-speed automatic transmission (replacing the old 6-speed unit). Moreover, Toyota boffins have been able to extract more power as well from this engine - now pushing out 203hp at 6,600 rpm and a maximum of 242Nm of torque between 4,000-5,500 rpm.

The higher output from the petrol-only powerplant is the result of a new logic for the variable valve timing, revised cylinder and piston design, and modifications to the intake & exhausts valves. These improvements, along with the relatively quick-shifting automatic ‘box means that the 2019 RAV4 can hit 100 km/h in about 8.5 seconds, with top speed that’s just north of 200 km/h.  Toyota offers the RAV4 with front-wheel-drive (FWD) in the entry-level GX trim (AED 99,000), and with permanent all-wheel-drive (AWD) in the mid-spec GXR (AED 119,900) and top-spec Adventure (AED 129,900) trim options. In terms of their fuel economy, the FWD RAV4 can attain up to a maximum of 6.4 L/100 km, whilst the AWD versions can only do about 6.7 L/100 km.

However, Toyota also offers the new 2019 RAV4 in a hybrid form - it’s only available in the highest-spec VXR trim, and is priced at AED 139,900 in the UAE. Unlike its fossil fuel-only brethren that get a standard torque-converter automatic gearbox, the RAV4 Hybrid is only available with Toyota’s Electronically-controlled Continuously Variable Transmission (eCVT). The hybrid variant is powered by a reworked 2.5-liter four-popper that’s found in the standard variants, but is now backed up by an electric motor and a nickel hydride battery pack. This combination concludes with the 2019 Toyota RAV4 Hybrid packing 219hp and 279Nm of torque - resulting in a naught to 100 km/h time of 8.1 seconds and a top speed of just under 200 km/h. Another benefit of this hybrid powertrain and CVT combo is in the RAV4’s fuel economy, which is now capable of achieving a respectable 4.5 L/100 km.

As for its new exterior styling, the 2019 Toyota RAV4 features a more sculpted front fascia, with a larger and more aggressive-looking grille, sleeker all-LED headlamps, new and rugged-looking front bumper with an integrated skid plate, and a smoother hood to reduce drag. The side profile gets ridges and contours along the bodywork, squared wheel arches, flared fenders and loads of black protective trim. There’s also a fake ‘floating roof’ design, which doesn’t look too convincing, if I might add. Finally, the sporty rear end features 3D-design LED tail lamps, prominent roof spoiler, a revised tailgate, and stubby bumper with dual exhaust pipes.