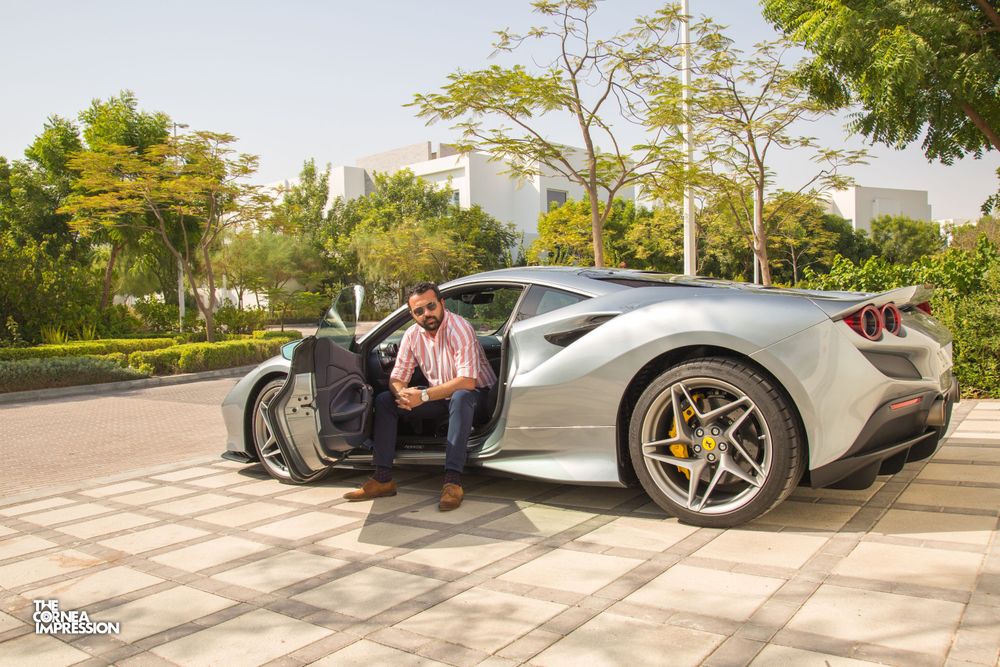 Why should one buy a Ferrari F8 Tributo? I mean, what is so special about it? Other than it is a Ferrari.

The word Ferrari is a name and brand that automatically when said drives an emotion into people. It may be joy, happiness, or envy, but whatever it is it is an emotion, and I like to say emotion is good. It means you got a reaction from a person, and that is priceless.

But other than being just a famous brand what does the F8 Tributo actually bring to the table you will ask. Well, let me describe to you what it feels like to drive the most potent V8 produced by Ferrari to date. 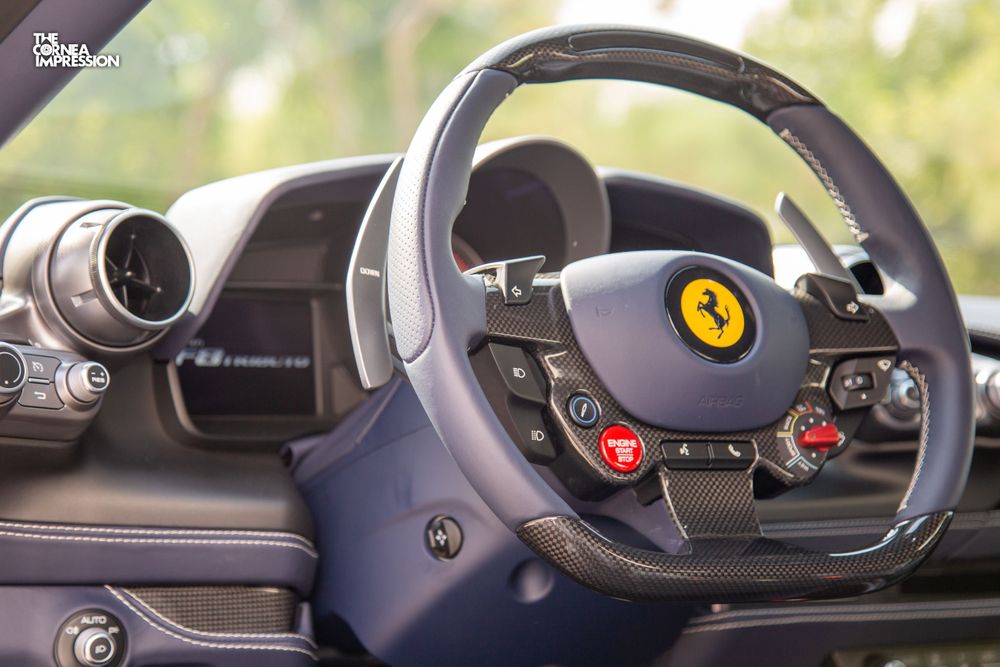 It is a gorgeous looking car. Beautiful, sculpted, aggressive, and yet not in your face shouty. Quite sublime is the correct phrase. I have to say this, and I know I will get a lot of hate for this but this one car looks better in other colors rather than the usual Ferrari Red or Rosso Corsa. The shape is such that it looks better in metallic colors.

The front end is shaped around the giant s-duct designed for better airflow and downforce. The headlights are smaller, sharper, and have an L shaped design. The windows are made bigger for better visibility on the race track. The sides are dominated by giant scoops on the flanks almost to the rear of the car, reminding you that this is the successor of the 488 GTB. The front of the F8 reminds me of the 458 and the Pininfarina Battista. The sides remind me of the 488. The rear is where the most significant changes lie. With a new Lexan engine cover to make the car lighter, it also has integrated louvers to help with engine cooling. This has been taken from the F40. The new rear spoiler is nicely integrated into the car's shape. The taillights are inspired by the lights on the 308 GTB or in recent memory the F430.

All the changes have only one goal; to make the car as light and aerodynamic as possible. The F8 Tributo is now 40kgs lighter and 10% more aerodynamically efficient than the 488 GTB. In the looks department, Ferrari has got it spot on.

When you sit in front of the steering wheel and look ahead and see the curve of the bonnet that is when you realize that "WOW I am in a Ferrari"!

DID FERRARI HIRE AN INTERIOR DECORATOR? 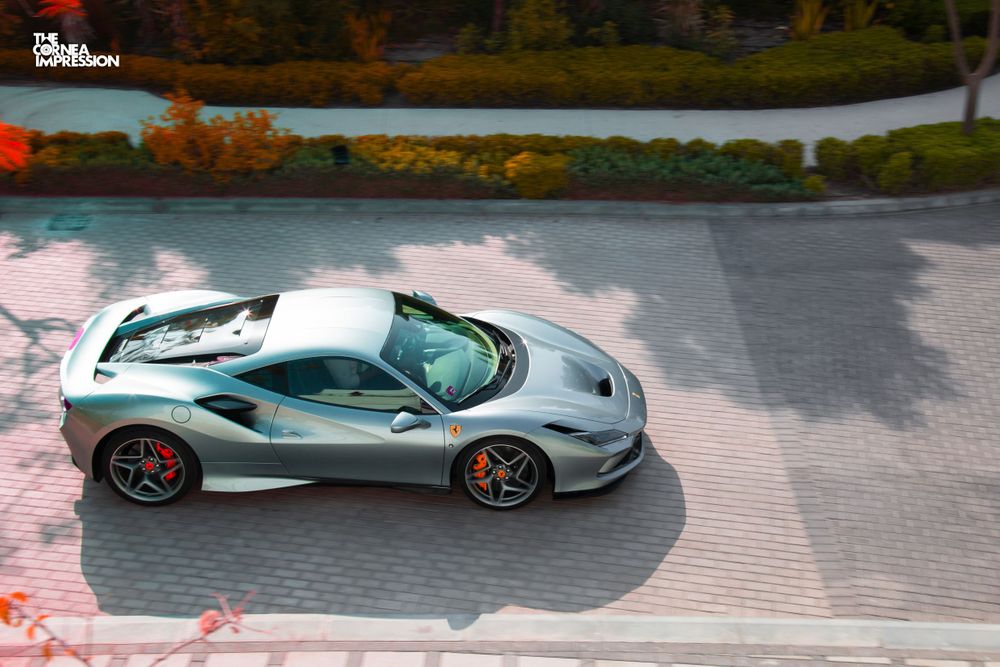 If they did then this person is undoubtedly a minimalist. Everything in the F8 is driver-centric. There is no giant touchscreen in the middle. All the buttons and dials are on or around the steering wheel. You know precisely what you are meant to focus on driving this car rather than being driven around by it.

Everything is well put together and feels quite solid. Obviously, there is leather everywhere, and with multiple customization options, no two cars will feel the same from the inside. I like the turbine looks of the ac vents.

Passengers get an optional display that lets them see the speed and other information. It also allows them to manage the media and radio.

The steering wheel is smaller and thinner, making it easier to grip and turn. This helps in making your response times faster. Also, do not be a pleb while speccing your F8. Get the optional carbon fiber steering wheel with the rev-matching- gear change lights so that you can execute that perfect gear change by pulling on the full metal paddle gear levers.

DUDE TALK ABOUT THE POWERRRR!!! 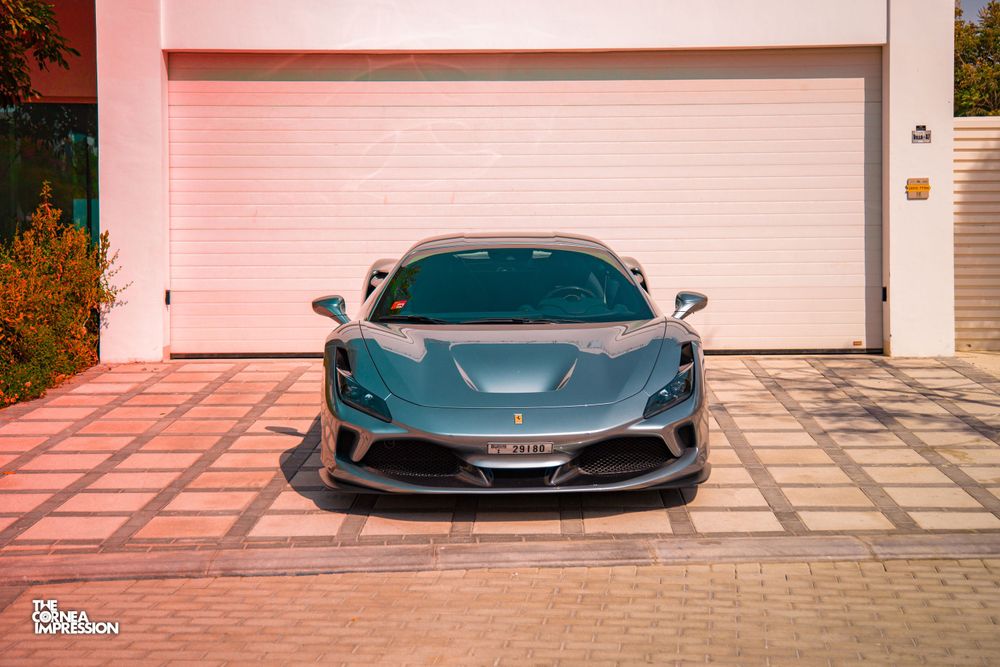 Okay, let's. The engine in this car produces 720 Hp and is mated to a seven-speed dual-clutch transmission. It is the fastest and most powerful Ferrari V8 ever produced. This engine has won multiple awards, including the Engine of the Year award. Not only once but in three consecutive years.

What Ferrari has done in this car has taken all the data it could from the 488 GTB, Pista, and Challenge series and applied that information to make the F8 more dynamic, faster, and better overall performer.

From changing the way air flows into the engine to redesigning specific components, 50% of the parts have been altered in this engine over its previous version.

It never feels like a turbocharged car. There is absolutely no turbo lag and performance is available in every gear every time. Every time I floor the throttle, the car is accelerating to 8000 RPM relentlessly. It refuses to slow down, and the power delivery is linear and seamless.

It handles so sublimely. Taking this car around bends is effortless, and the brilliant Ferrari traction control helps you make sure of that. The steering is light in a typical Ferrari manner and extremely accurate. Every time the F8 senses a hint of the corner, it just dives straight in. It is like it's almost filling a vacuum and gets sucked into the corner. With the F8 you will go hunting corners just for the heck of it.

The traction control 6.1 lets you play around, but at the same time, it has your back. You know it is working around your inputs so that you can have fun while driving this car.

At the same time, the F8 is so civilized. It is a car you can drive every day, and the suspension is superb. Yes, you can feel a few bumps here and there, but you would not expect such refinement from a car like this.

THERE IS A BUT 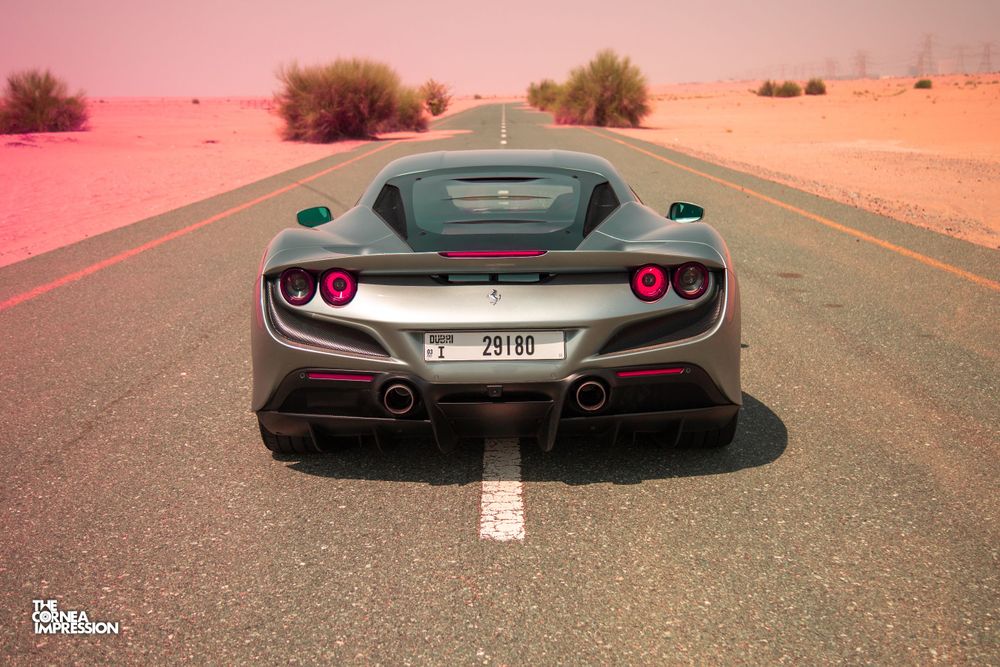 The car's sound is deep and resonant but quite muffled. Yes, I know sound pollution norms apply to cars, but cars such as these should be left alone. I am sure if given a free hand Ferrari can make the car sound much much better.

I have driven the F8 on track, on long drives which are over 200+ km, in the winters and the summers. I live in Dubai, which makes our summers brutal. With temperatures hovering around the 50 Celcius mark it can get a bit overwhelming for the AC to keep up in traffic situations. Get the car out on the open road, and it works fine but get stuck in start-stop traffic for over 20-25 mins you will find the AC working extra hard to keep up.

All said and done this is a car you can fall in love with over and over again. You desire it and at the same time, love it. You can never get enough of it. It is so useable every day makes it even more appealing to me and that much more attractive to buy.

Alla prossima F8. Until next time.