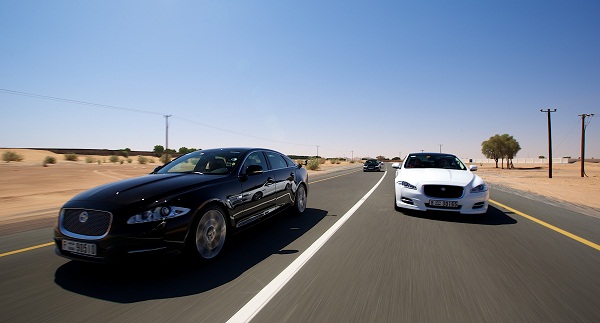 The all day event kicked off at 9am at the Meydan Hotel where we were given a small talk by the Jaguar PR team. We drove in teams of two, stopping at designated points to change cars. We first started with the XJ 3.0L Supercharged V6 and it was a real treat. Driving through the mountains of Hatta felt more like a drive along the corniche! Our RPM rarely crossed 2,000 mark to accelerate to higher levels, which means a greater fuel economy. No surprises, as all engines for 2013 are now 8-speed with new powertrains. As per Jaguar figures, the combined fuel economy is 9.4L / 100 Km, making this one of the most fuel efficient luxury power sedans in the market.

We stop at halfway mark for drinks, snacks and some chat time with the Jaguar Marketing and PR team. One of the most exciting developments in both XF and XJ is the transmission, which is operated by a simple dial unlike traditional models! 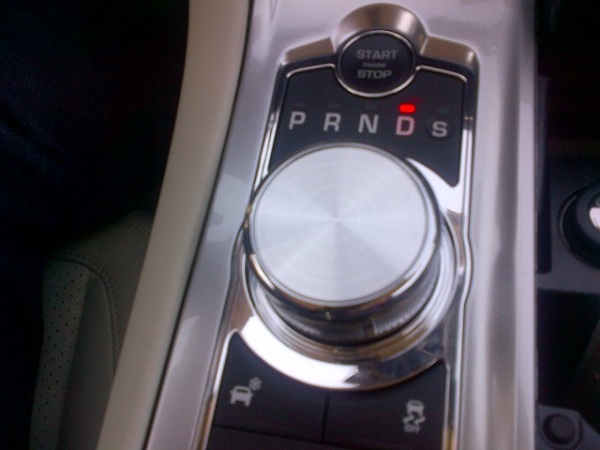 We arrive at our destination in Hatta, a sumptuous lunch buffet and a changeover of cars.

The XF was the real surprise of the day. While we did expect the V6 Supercharged version to be smooth, the XF surpassed all our expectations, particularly on highways. This car does NOT feel like a 2.0L engine, this car feels like a V6, it's THAT smooth. In terms of price range, it's less expensive than an Audi A4 and there is more space at the back. Add to that the prestige associated with owning a Jaguar and you've got a real winner.

We end the day at 5pm, hardly in the mood to go back to work. We look forward to test driving the car for longer durations, for now, the first impressions have been quite positive indeed.