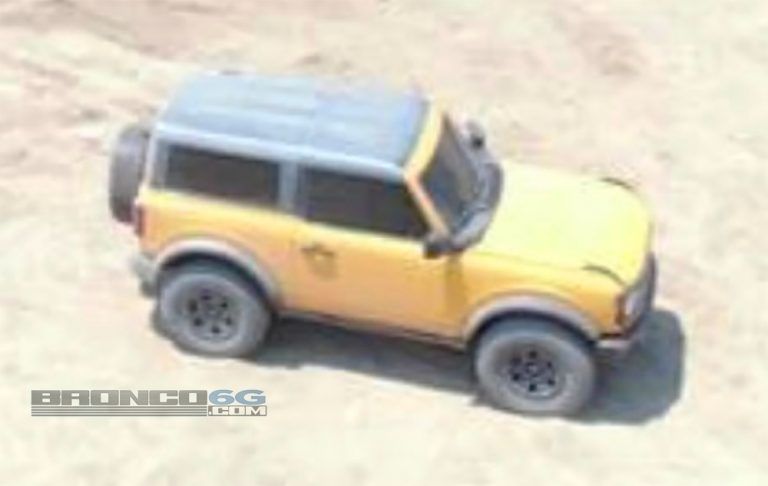 While the official launch of the all-new Ford Bronco has been under the spotlight for a few months now, there is little doubt about its importance in the automotive space. A hot topic on news and auto portals the world over, the latest update on the eagerly anticipate Bronco is that it has been spotted without any camouflage off the beaten path.

Judging by the drone image that has been revealed, it looks like the Bronco and Bronco Sport were out for a photoshoot in a relatively remote location with the company of a Chevrolet Colorado and Ford F-150 pick-up truck alongside. The photo holds significance since it is the very first time a pre-production 2-door Bronco has been spotted without any disguise whatsoever. 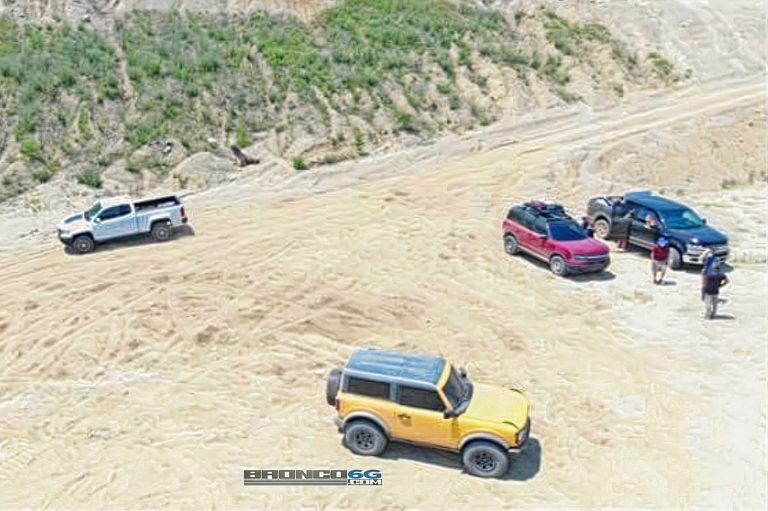 The short-wheelbase version looks rather promising with its rugged proportions and massive off-road wheels filling the wheel arches nicely. The upright windscreen, tail-mounted spare wheel and generous ground clearance all add to the Bronco’s adventurous appeal. As for the larger Bronco Sport, it looks consistent with previously revealed spy shots. Official reveal dates for the Bronco now stand on 13th July and there is a very good chance that the 2021 Ford Bronco Sport will also be revealed on the same day.