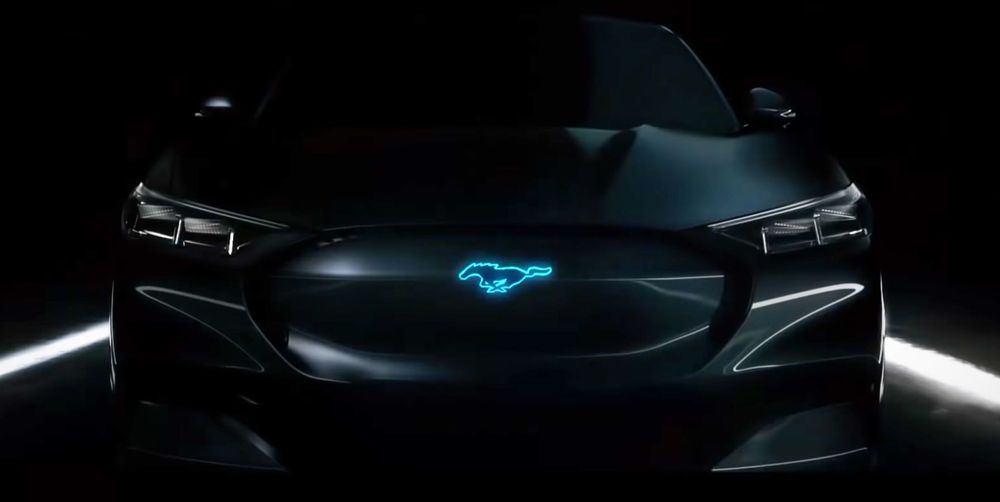 Things are looking good for electric vehicle manufacturer Tesla. Following the reveal of its newest offering, the Model Y, its line-up consists of four models, two SUVs and two sedans, which just so happen to be the Model ‘S’, ‘3’, ‘X’ and ‘Y’. Pretty sexy, huh? But if there’s one manufacturer who decided to take a cheeky jab at Tesla, that’d be Ford.

During the reveal of Tesla’s Model Y, Ford released a new teaser image of its Mustang based Electric SUV with the image of an illuminated pony on a black background along with a rather suggestive caption: “Hold your horses”. Coincidence or not, what’s certain is that this is a direct hint towards the American manufacturer’s plans for electric vehicles. 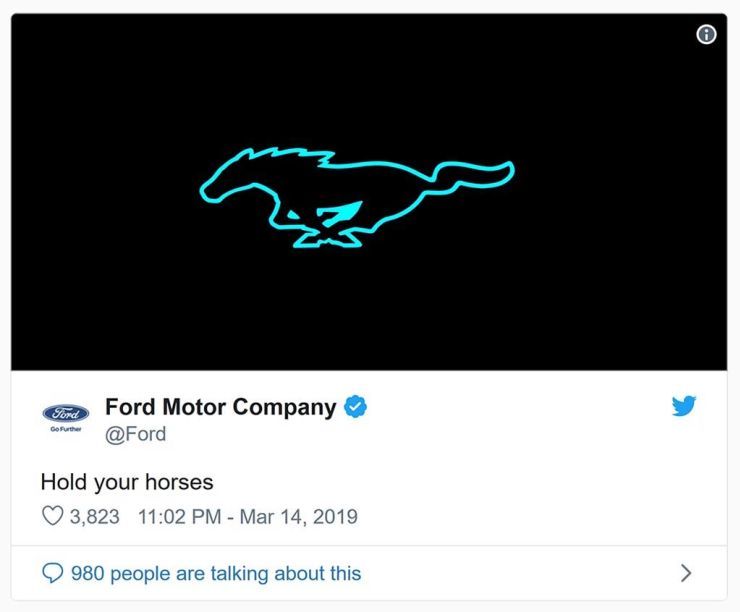 Although not much is known at this point in time about the Mustang based Electric SUV, teaser images reveal similar taillights to those found on the legendary muscle car and a sharp front-end. Despite being relatively new to the world of electrification, the brand is confident its product will deliver with executive chairman Bill Ford saying, “it is going to go like hell.”

According to sources, the Mustang SUV will have a range of at least 482 kilometers (300 miles), putting it slightly ahead of the Tesla Model X P100D’s range of 474 kilometers (295 miles). Since the dimensions remain unclear, it is to be seen whether the new crossover will compete with the Model X or the smaller and newly revealed Model Y. 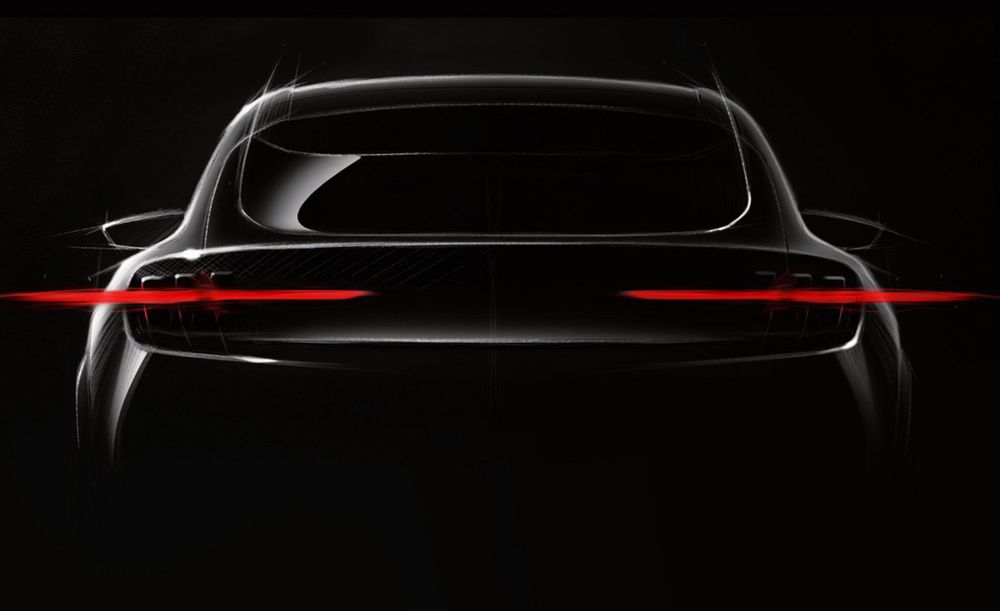