The GMC Acadia is a popular family car in the Middle East. Having recently undergone a facelift, we were eager to test drive the refreshed 2020 model to see if the American SUV has what it takes to go up against the Ford Explorer, the Korean Kia Sorento, and the Japanese Nissan Pathfinder – three equally popular seven-seater family chariots in the Middle East. 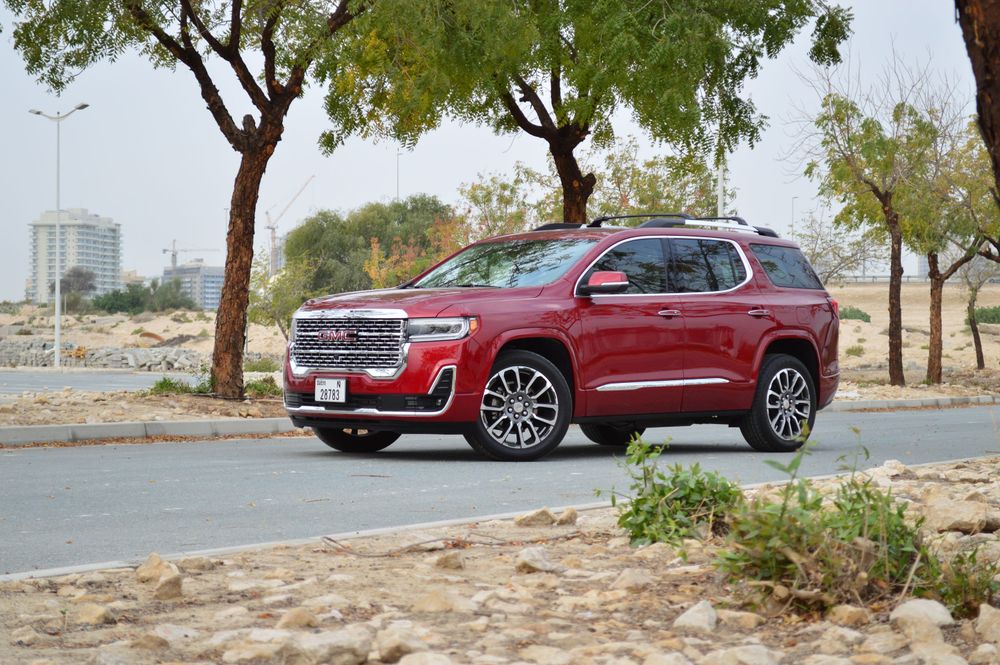 What’s worth highlighting is that the second-generation GMC Acadia is in fact smaller than the model it replaces. As part of General Motors’ plans to refresh its line-up, the Acadia became smaller and lighter, (as did the GMC Terrain), moving it from the full-size SUV segment to the mid-size SUV segment.

Being an American SUV and a Denali version at that, there’s an abundance of chrome on the bodywork of the refreshed Acadia. The grille, which is extremely prominent (to say the least), has been lifted off the Sierra pick-up truck but it isn’t so much the styling, as much as the size of it that makes it seem disproportionate. With sleek LED headlamps flanking the grille and subtle chrome piping highlighting the air vents in the bumper, it’s a prominent sight alright, but not a particularly pleasant one. 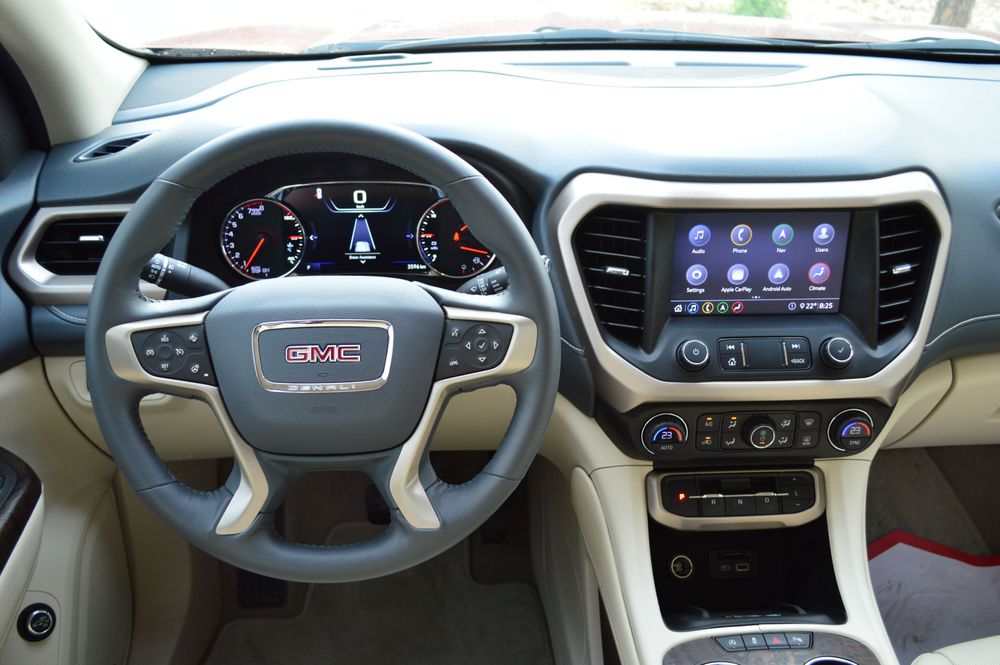 In terms of design, it’s clear that the Acadia carries forward the same overall layout and fit and finish found in other GM models, perhaps to give it the sense of a unified design language. Rubberized rotary controls are contrasted with supple leather and chrome inserts, lending the cabin a dignified yet rugged persona.

Being a seven-seater SUV, the Acadia offers ample amounts of space in all three rows. The second row is perhaps the most interesting, with the option to slide and recline the 60/40 split seats, as well as the addition of a slide out drawer system integrated into the front armrest console. A handy storage box to stow chargers and such. 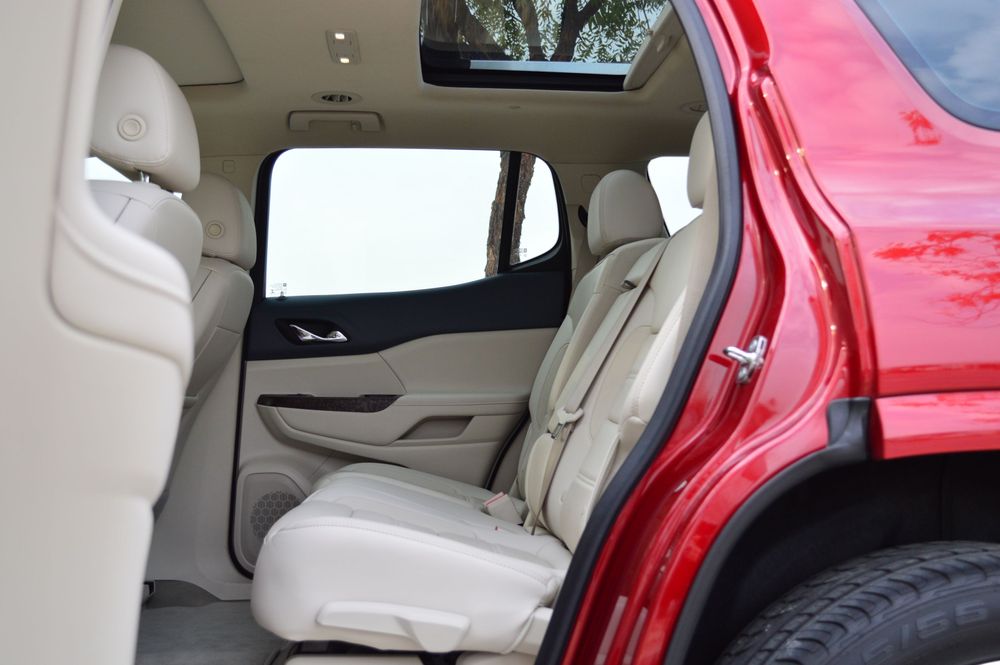 The only let down on the interior would be the quality of materials used. Hard, grainy plastics are in abundance and although the Acadia tries to distract with its attractive open pore wood running along the dashboard, center console and door panels, the overall fit and finish just isn’t as good as its rivals.

What it lacks in terms of quality, however, it more than makes up for on the feature front. To give you a better understanding, there’s Apple CarPlay, Android Auto, heated and ventilated seats for the driver and passenger, dual sunroofs, 360-degree cameras, and adaptive cruise control amongst a long list of other features. The most unique and notable being the ‘rear seat reminder’ that chimes an alarm five times when the rear seat is being used, to reduce the chance of forgetting items or a child in the vehicle. 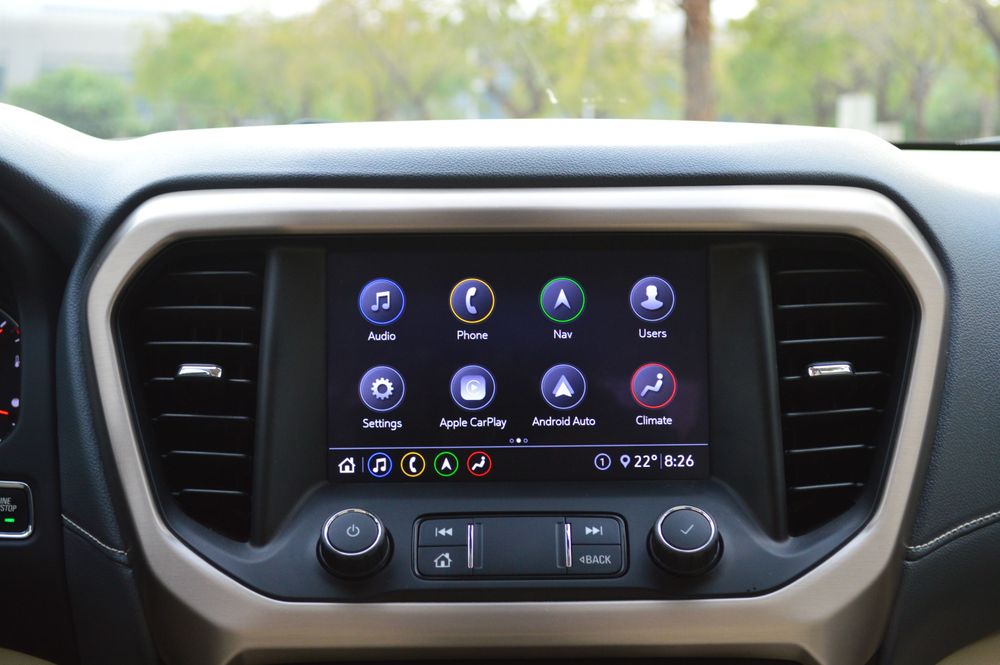 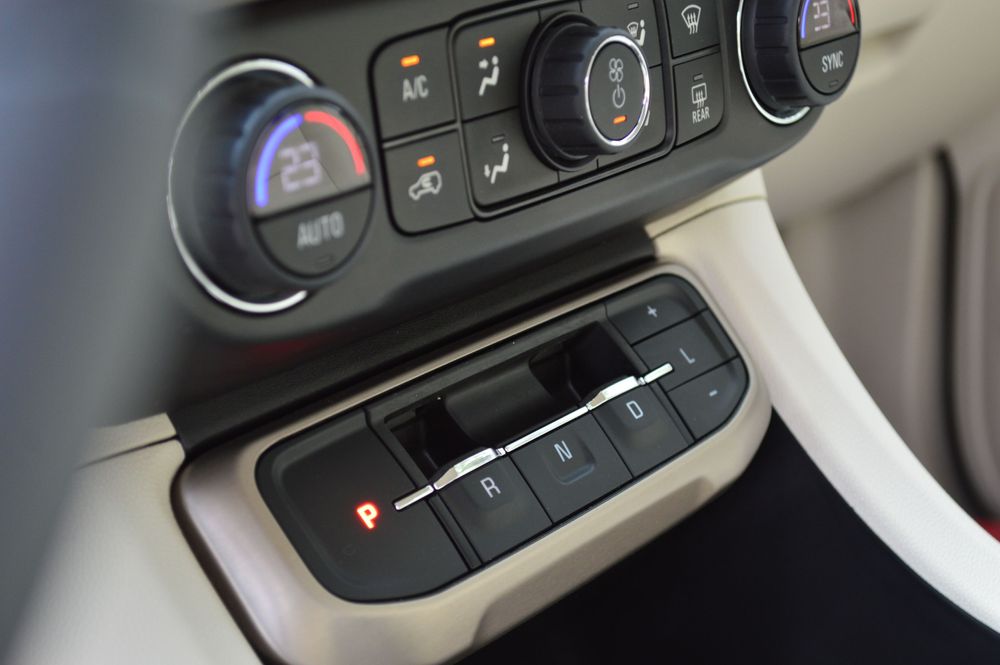 In the driver’s seat, the high-riding position of the Acadia offers unhindered outward visibility. What is likely to take some getting used to, however, are the gear buttons, a combination of switches and buttons placed in uncomfortably close proximity to the AC controls. With the pedal to the metal, the Acadia will gladly spin its wheels, as the 3.6-liter V6 isn’t short of power. With 310 horsepower and 373 Nm of torque on tap, it’s got the power to take on everything you throw at it, including a dedicated Sport mode and an Off-Road mode too. 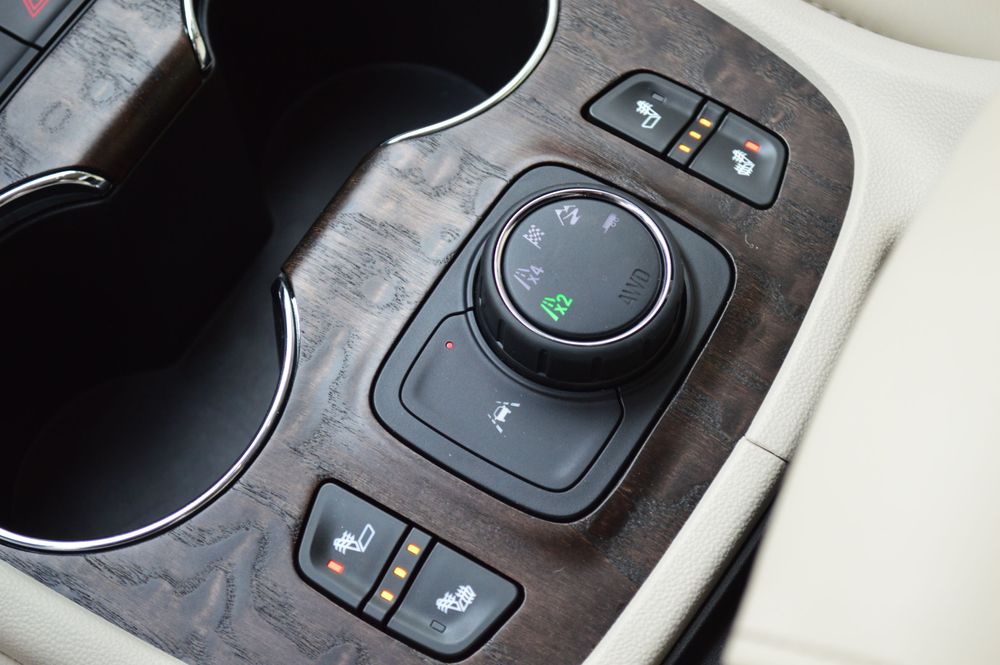 Smooth and easy to drive despite its sizeable proportions, the Acadia is relatively fuel efficient, sipping an average of 13.1-liters per 100 kilometers. It is also fitted with cylinder deactivation, which deactivates two to four of the six cylinders depending on load and power demand to become more efficient. For those in search of a comfortable city cruiser, the Acadia will not disappoint as its softly sprung suspension does a great job of eliminating any road noise and bumps. 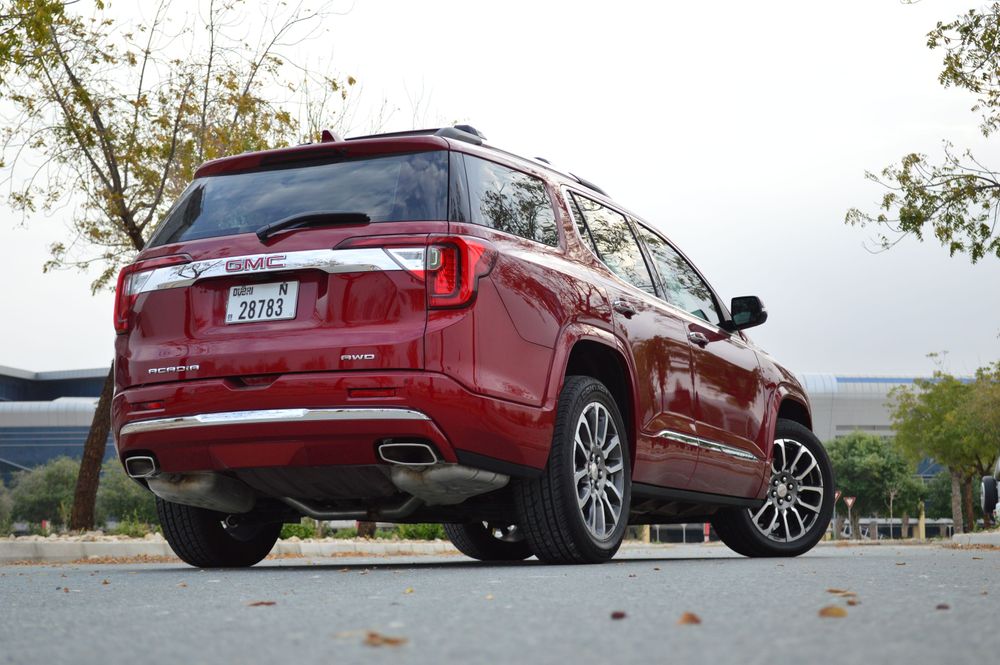 With a starting price of 122,000 Dirhams, the GMC Acadia does bring a lot to the table. For those in need of a spacious SUV with plenty of features, the Acadia delivers. Where it falls short, is on the quality front, but perhaps that isn’t much of a deterrent because it is quite a bit cheaper than many of its other rivals. More so, it will definitely make you stand out on the road.