When I attended the Peugeot 301 official launch event in UAE, the Peugeot management went great lengths to describe this as a "Game Changer". I decided to test this claim and requested a test drive. I also felt the "Game Changer" title can only be tested by doing a head to head comparison with another leading compact sedan.

Enter Nissan Sentra. Just to share with you, 2013 Nissan Sentra launched earlier this year, claiming to have "Class Defying Features." It has already sold 1,500 units in first 50 days of launch.

While it is certainly possible to compare Peugeot 301 with many other compact sedans, the Sentra is currently one of the class leaders, hence it makes sense to test with the best. Both Sentra and 301 come with 1.6L engines (Sentra has an additional 1.8L engine), with comparable prices, dimensions and features. Peugeot 301 is a European "upmarket" model. The Sentra too, is designed as a more premium offering among compact sedans. Our man Zaran accompanied me in the testing process. 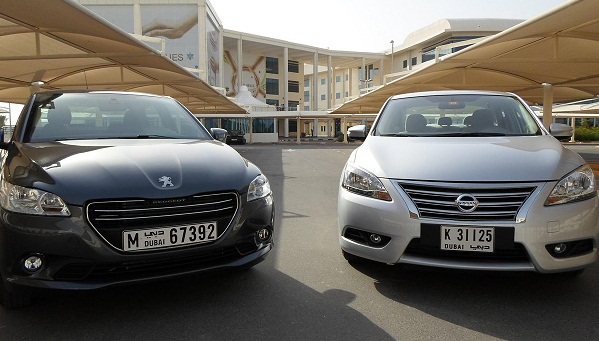 This was unanimous. Zaran and I both agree Nissan Sentra has much better looks than Peugeot 301. The Sentra grille is stylish, the lights have LED AND the rear windows have a curvaceous design. The 301 grille looks a bit conservative and plain. The boot hinges stick out a bit without padding, making them look like pull up bars in a gym. Silver lining; the 301 does have nice curves upfront on the bonnet.

For a 1.6L engine, it's illogical to expect anything amazing in terms of drive. The Peugeot 301 has a 'Sport' drive mode, coupled with manual shifting function in the top range model we drove. It's absolutely unnecessary to have such features since the engine is too small to really make any difference to the drive experience. Both cars drive well in a casual city drive. Expectedly, both struggle on highways. And yes, both have loud engine noise in highway driving. The Sentra has a slight edge in handling and road stability. It's hard to expect a lot with this engine. Both will take you from A to B. And that's their purpose.

This is interesting. The Sentra has probably the biggest wheelbase in it's class, a mighty 2.7m. The 301 is not too far behind at 2.65m. The Sentra has rear leg room of 950mm which is more than the Nissan Altima! The 301 has a rear leg room of 801mm which is also very comfortable but second place nevertheless. The 301 does beat Nissan Sentra on boot space. At 640 liters, the 301 is best-in-class, while the Sentra has 510 liters. What is more important, over 100 liters more space in the boot....or over 100 mm in rear leg room? Definitely the boot space. 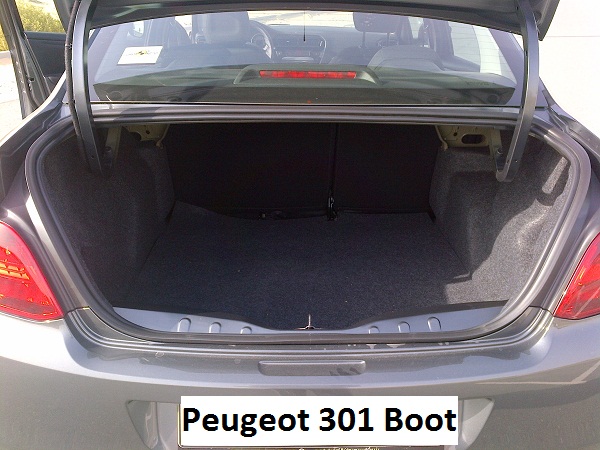 Lots of soft touch material, power folding mirrors, brake assist, push button start, wood trim, extra padding on doors and in the boot, the Nissan Sentra has pushed boundaries of what a compact sedan can offer. A key distinguishing factor is rear A/C vents in the Sentra. The Middle East heat calls for rear A/C vents and Peugeot 301 does not have them. Even the Kia Cerato has rear A/C vents! Having said that, the 301 offers more functions than many rivals in it's class. It offers USB, Bluetooth, power windows and mirrors, front fog lamps, automatic A/C with dust filters, keyless entry and leather steering to name a few.

The Sentra interior is also simpler and more intuitive, with mimimal controls. With 301, the buttons and functions are placed 'creatively' in unusual order, which requires getting used to. For example, the lever to adjust seat incline is quite far to the side, requiring extra effort to incline or decline the seat. Similarly, the radio buttons are not the most intuitive. The power button to switch the radio on is too small, while the dial to adjust radio frequency is too big.  With sheer volume of functions, premium finishing and intuitive interior layout, the Sentra continues to lead the class. 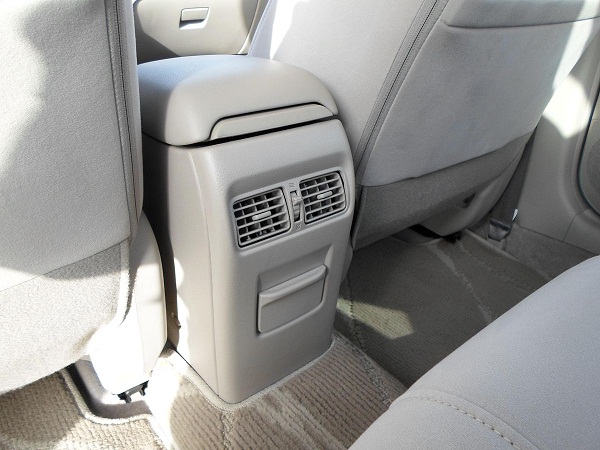 Price and After Sales Comparison

In terms of after sales service, both models offer 5 year warranty with unlimited mileage in UAE. However, with Peugeot 301 you'll have to service the car once every 10,000 km. With Nissan Sentra, the servicing has to be done every 5,000 km. The service cost per session is similar, which means the 301 will cost you less in terms of regular servicing, with less hassle as it's every 10,000 km. Plus, the 301 offers 12 year anti-perforation warranty and 3 year paint warranty, which the Sentra does not offer.

Zaran and I looked at this model from the eyes of a potential compact sedan buyer. Most compact sedan buyers are looking for value and practicality, as opposed to luxury and refinement. From a purely value for money perspective, the 301 is at least 10,000 - 15,000 AED cheaper, while offering a decent number of features, class leading boot space and spacious leg room. It does not have the interior finishing nor the additional features found in the Sentra. It probably does not have as good resale value as the Sentra. However, at the price it's being offered, most buyers will opt for value. Is 301 a "Game Changer"? We'll settle with "Good Value for Money".