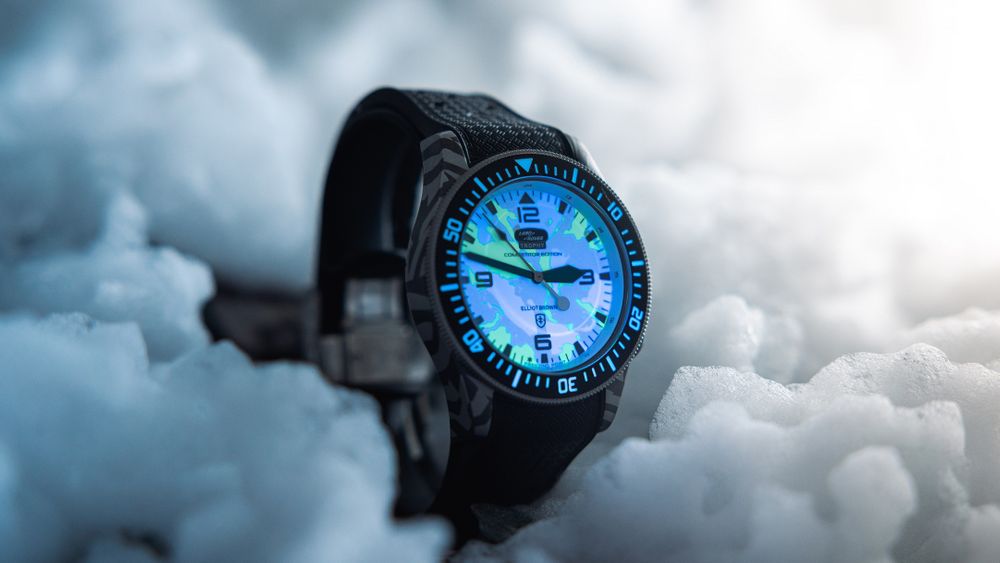 Association of luxury car brands with those high-end status symbols that have expertise in manufacturing the finest wearables has fast become a ubiquitous trend. During events and occasions, such sponsorships are generally endorsed.

As Land Rover flags the start of the Land Rover Trophy competition, it has emboldened its partnership with Elliot Brown Watches that is also the official timekeeper of the event. A series of 1,000 consummately styled watches have been released drawing inspiration from the Classic Defender Works V8 Trophy 2, a special off-road vehicle that recognises 70 glorious years of the journey and advancement of Land Rover cars which began life as mere tough but crude utility vehicles and transformed themselves into all-purpose highly scrumptious vehicles. 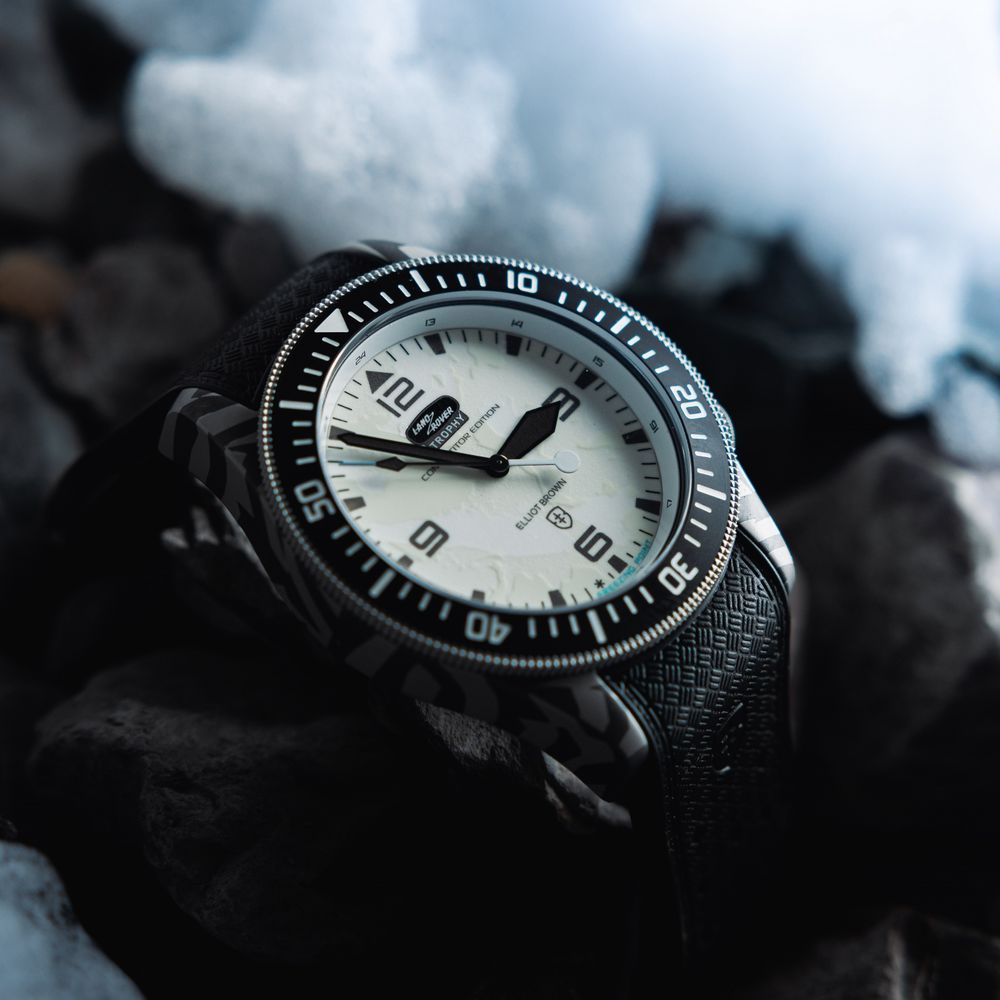 Rigorous craftsmanship has been intricately carved and engraved on the surface of Elliot Brown’s benchmark Holton model which has received its styling impetus from the larger than life 4X4 such as its body work which carries the camouflage that the car’s hue also features. The mesmerising charm of a Land Rover is exhibited on the watch through the classic design DNA of the model. This edition is available along with the Unique Competitor offering specially designed and conjured up for the vehicle’s owners.

“Land Rover has been involved with global expeditions for more than seven decades and this partnership with official timekeeper Elliot Brown helps us celebrate our history with a unique, desirable and tough watch that echoes everything our Classic Defender Works V8 Trophy II is about.”

The timepiece flanks exquisite rococo sporting the traits of the limited edition 25 examples such as differential customisation for each disguise and the periphery of the 23 territories that instigated the intrepid excursions and learning the brand has received in these 7 decades shaping up a heritage through lineage worth knowing.

The most fascinating bit about this timepiece is that the outlines of both the old and new iterations of the car have been included to reveal the massive transformation the burly SUV has undergone without neglecting its roots. While this evolution is clearly visible during the dim light, a special UV torch supplied with the watch shows the effect during the day light. Such is the attention to detail that even the dials haven’t been spared. A leash of colours provided by the ace illumination master for watches, Super-LumiNova makes their presence felt by showing assortments of glow white, ice blue and pale green.

Regal combination of black hands and a white lollipop fuse with the ice-blue tipped second hand. Land Rover cars are known to trundle through areas where there is no road. Hence, below the 6H baton, phrase ‘Freezing Point’ along with a frozen star at the 32 seconds mark are coloured in faded ice blue paint. Since every example is a masterpiece in itself and a limited edition, a distinct number is tagged on each watch with the Land Rover Trophy logo, Union Flag and outlines of Series Land Rovers which show the stark relation between that and the matt black backdrop.

The icing on the cap is Elliot Brown’s comfy rubber strap to attain pizzazz and functionality at their best.

It was a landmark day for the watchmaker and the automotive company as both the reveals took place simultaneously. The Classic Defender Works V8 Trophy-2, a car which carries with it stunning amounts of prestige wears the attire of a 5.0-litre V8 petrol powertrain churning out 405 PS and 515 Nm of twisting force transmitted through a blisteringly quick 8-speed ZF automatic ratchet. As if those touches weren’t enough, the car also gets a tough suspension setup born to make the car scud through everything without breaking a sweat, a better steering wheel and brakes that bite better for bringing the beast to rest before the situation leads to anything horrific.

Standing a chance to purchase an iconic limited edition collectible vehicle, some nabobs are also loaned the opportunity to indulge in the 2nd season of the Land Rover Trophy competition which will last for 3 days.

All the bodystyles 90, 110 and 110 Double Cab Defender Works V8 Trophy-2 are now accessible to purchase from Land Rover Classic outlets with prices commencing from just a shade under a million dirhams for the entry-level 90 trim and increasing thereon. However, for those who wish to make their prized possession more lavish, Land Rover gets them sorted with Trophy inspired certified accessories which will be offered to the rich-class later this year.