Lotus Evija, the brand new hypercar from British manufacturer Lotus is here touring the region. With an all-new factory in Norfolk getting ready to manufacture a new range of products getting launched in 2021 and 2022, parent company Geely Motors is banking upon the above factors to revive the brand.

The Evija is Lotus's flagship halo hypercar. Producing 2000 HP from a battery pack is the company's first all-electric car. When it comes on the road, it should be the world's fastest series-production car. The Evija comes with four motors, one behind each wheel, and each motor is capable of producing 500HP. These motors let the Evija torque-vector, which means that each wheel can spin at different speeds allowing the Evija to tackle corners effectively. Coupled with multiple active and passive aerodynamic features such as venturi tunnels, numerous vents, and spoilers, the Evija seems to have the ability to be a track car as well.

Performance-wise the Evija does 0-100 kph in less than three seconds and 0-300 kph in less than 9 seconds. The Evija shows off an all-carbon-fiber tub, which is produced precisely how the tub of an F1 car is built and weighs a mere 129kg. The Evija weighs a total of 1680kg when it will come on the road. Boasting of many firsts, the Evija adds another feather in its cap. It has the world's fastest charging battery. Partnering with Williams Advanced Engineering, the battery can accept an 800kW charge. Although charging units capable of delivering this are not yet commercially available, it will be possible to replenish the battery in just nine minutes fully when they are. On existing charging technology – such as a 350kW unit, which is currently the most powerful available – the Evija's charge time will be 12 mins to 80% and 18 mins to 100%. 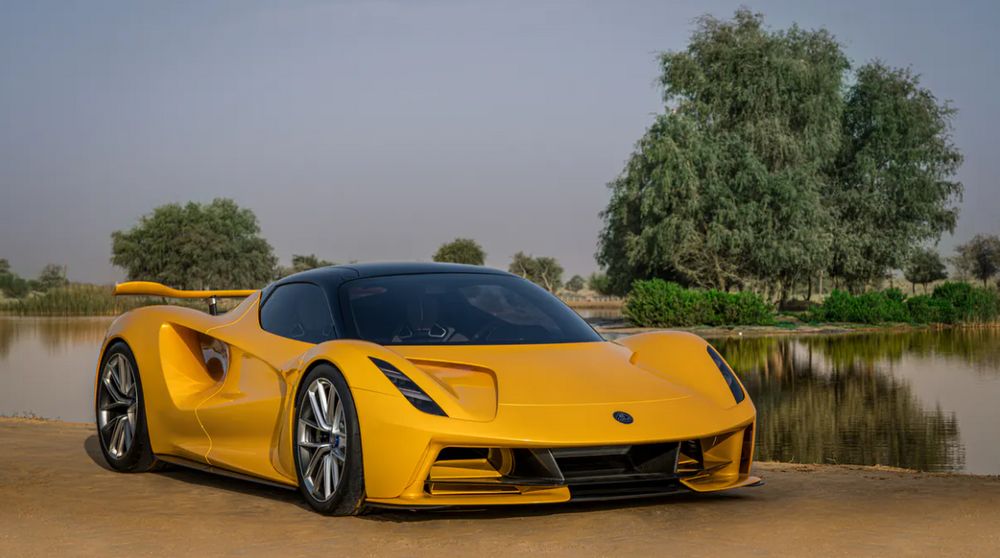 The Evija has been designed with a purpose in mind. Hence everything is minimalist on the interior. Many weight-saving techniques are used, such as all carbon fiber seats and floating interior consoles. The entire design has been conceptualized to give a sense of light, space, and luxury. All the functionalities and buttons are on the "ski slope" style center console, which is also floating. All the information from the controls is displayed on a minimalist high-def screen mounted as the digital dashboard for the driver. The steering is inspired by Le Man and F1 cars and has a switch with five modes – Range, City, Tour, Sport, and Track. Each mode alters the way the car performs and drives with track mode giving everything the battery has for a full seven minutes.

Lotus has given the Evija all it has got. They have dug back into their past and pulled out every trick in the book they have and utilized it in manufacturing this car. Priced at a starting price of USD 2.2 million, only 130 cars are being built globally. Lotus will provide every owner with entirely customizable solutions to make sure the car reflects their personalities. Potential owners and VIPs are being hosted at the brand new Lotus showroom across the world. 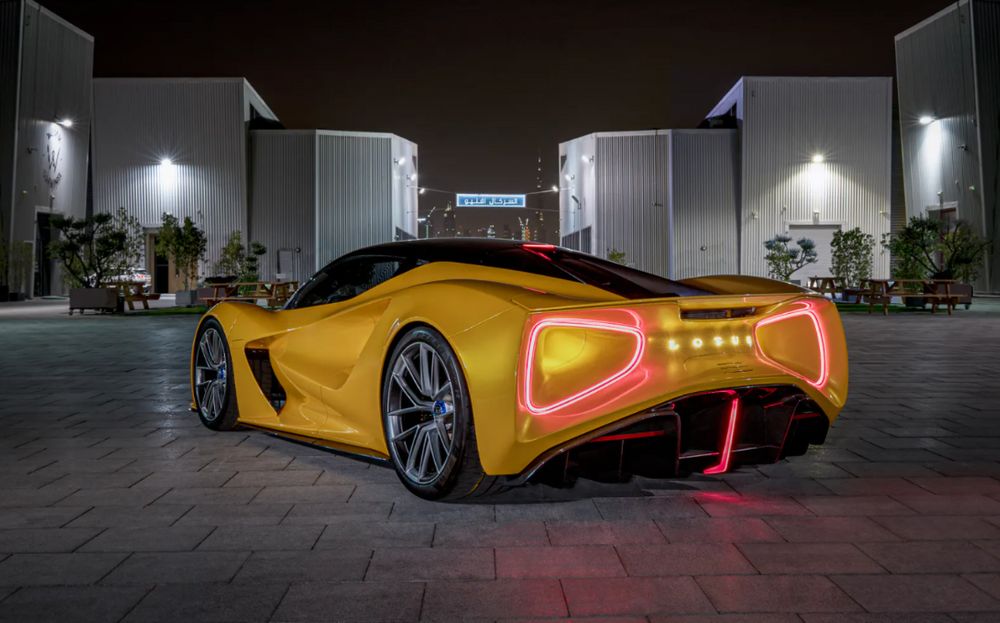