The 2019 Mazda 6 has undergone a facelift with a few nips and tucks, and today you’re going to find out if that’s enough for it to stand out when competing against the all-new Honda Accord and the all-new Toyota Camry. 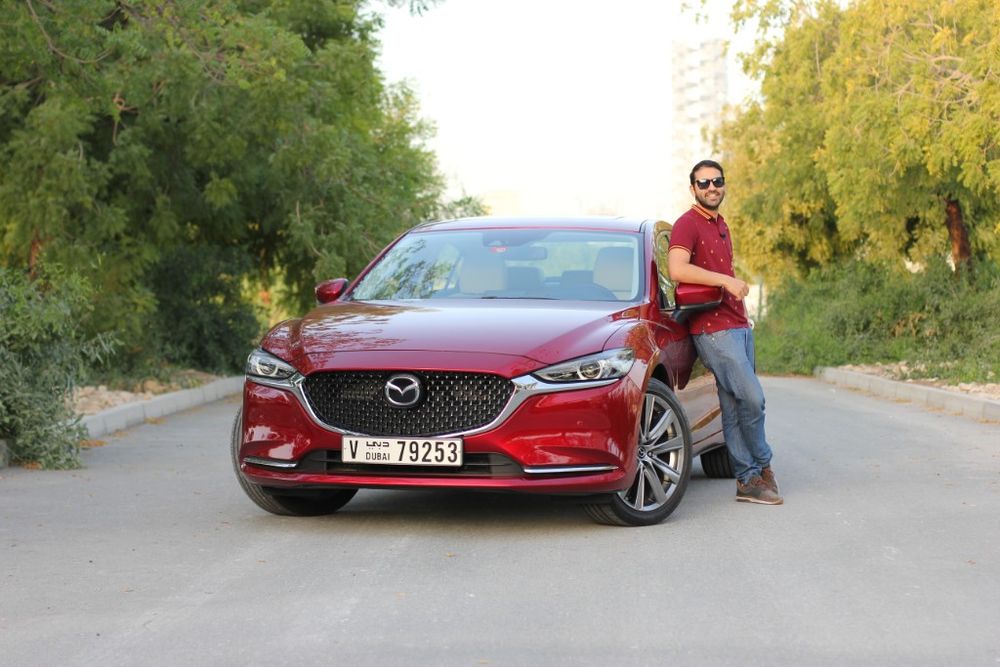 The Mazda 6 has always been a good-looking sedan, possibly even the best looking in its segment, and that’s continued with this facelifted version. In the front, there are three distinct changes that have been made. Firstly, Mazda has replaced the horizontal slats for a mesh grille that is far sportier. Secondly, the glass enclosed logo isn’t just for show, it houses the cameras and sensors for the adaptive cruise control system. And lastly, the chrome strip around the grille has been reworked and given a more 3D-ish finish, but it also has been extended to go below the LED headlamps unlike the older models where it went on top.

Along the sides, the Mazda 6 has been gifted a new set of 19-inch alloys and the ‘Mature Elegance’ design theme is still very much present. The coupe-like styling that was started by the Mazda has been copied by many cars in the segment including the Honda Accord and Toyota Camry.

At the back, there’s new taillamps, the shape and positioning of the chrome strip has been changed, and the black plastic that gave the impression of a rear diffuser has been made much smaller. What has remained as is, however, are the signature dual exhausts. 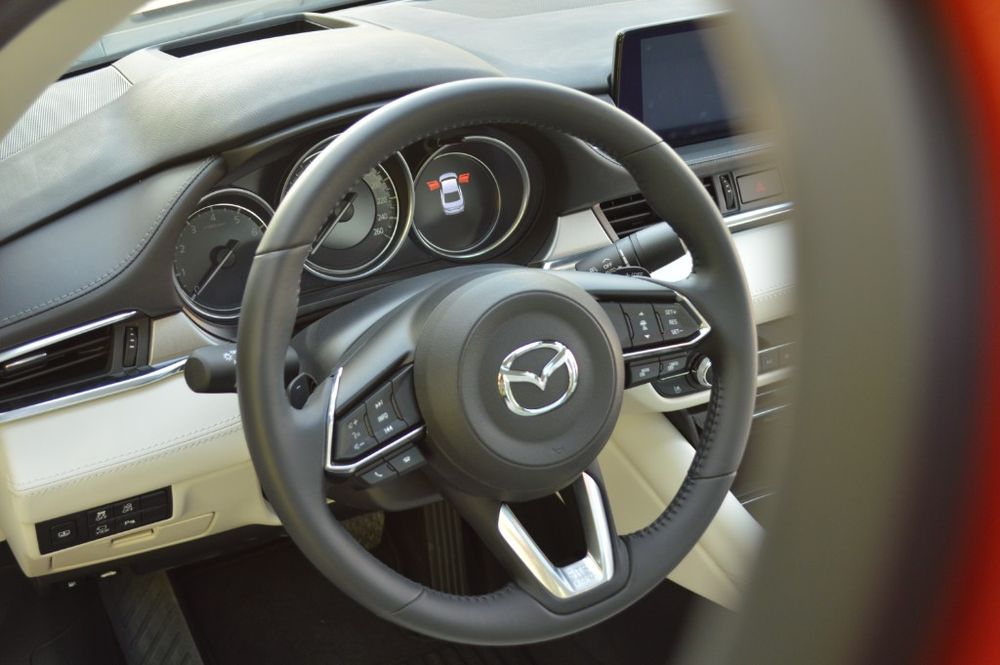 Like most Mazdas, the interior of the Mazda 6 is minimalistic, and driver focused. It seems to be inspired by something far more expensive, like an Audi, and is equally well-built. There’s lots of stitched leather and it is genuinely a nice place to be in. Rear seat space, in terms of headroom and legroom is enough but it is the least when compared to the Honda Accord and Toyota Camry. Having said that, not all is bad as the Mazda has the largest boot at 481 liters. 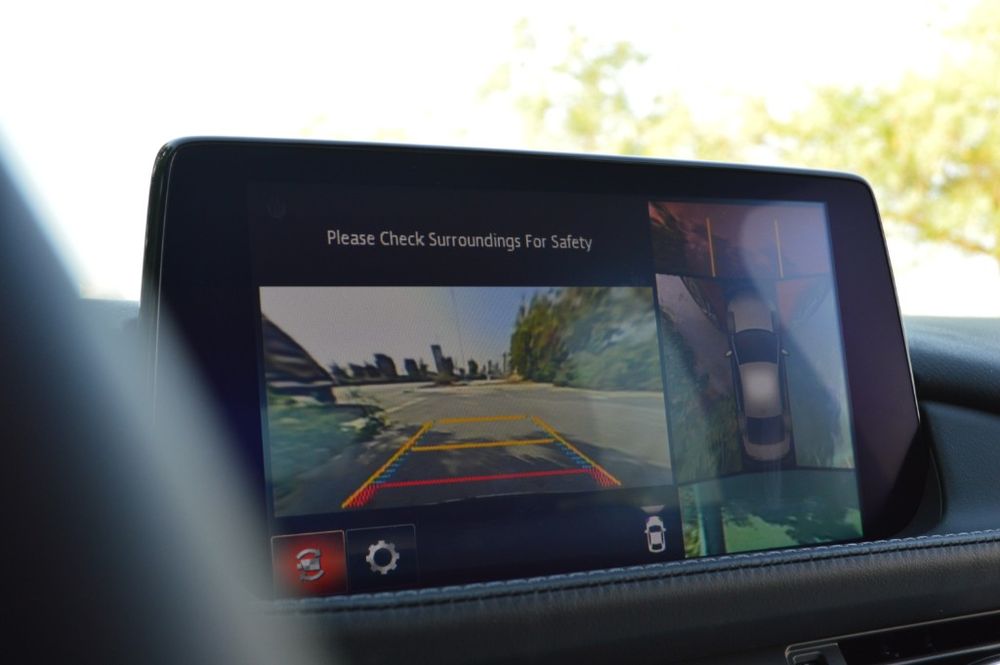 Despite being older than the Accord and Camry, the Mazda 6 packs an impressive list of features. This includes blind spot monitoring, Heads-Up Display, lane keeping assist, lane departure warning, adaptive cruise control, an 8-inch infotainment screen with in-built navigation, and an amazing 11-speaker Bose audio system.

Things that could be improved, however, are the Around View Monitor as the images are extremely pixelated; the sunroof could be replaced with a panoramic roof to match a few of its rivals, and newer technology in the form of Apple CarPlay and Android Auto could be added. 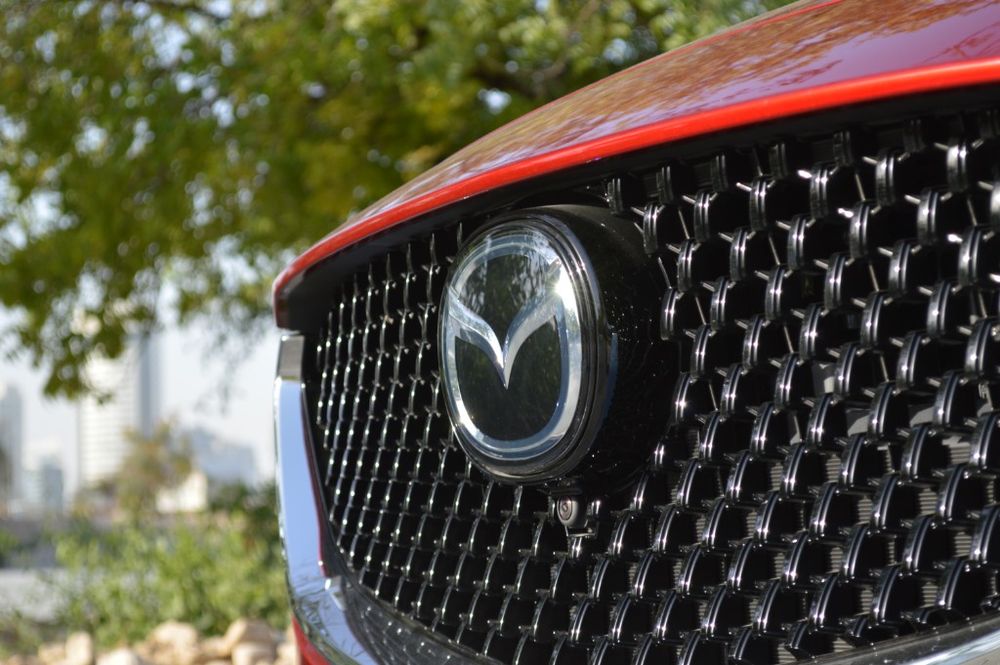 While many markets around the world received this refreshed Mazda 6 with an all-new turbocharged engine, that isn’t the case for us in the UAE. Under the hood sits the tried and tested 2.5-liter naturally aspirated unit that puts out 182 horsepower and 250 Nm of torque.

For many years Mazdas have been regarded as the most fun to drive in their segments and that partially holds true. The steering is extremely precise and responds to the smallest of inputs but where the Mazda6 falls short, is on power, even when driven in Sports mode. 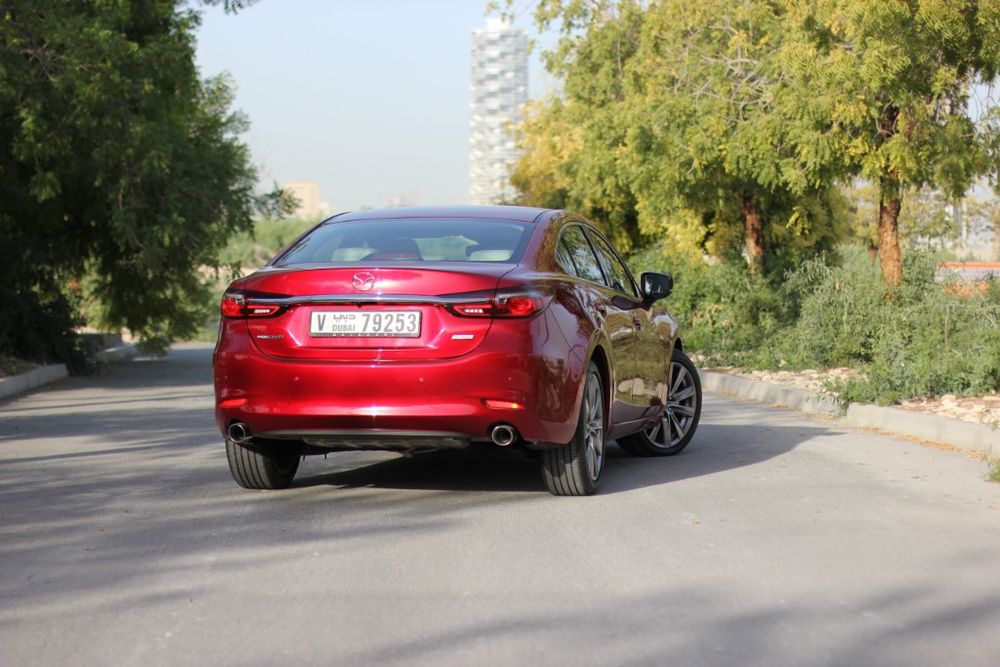 Priced from 80,000 Dirhams to 115,000 Dirhams for this full-option model, the Mazda 6 sits in a tricky position. It offers much more than the Camry but also wears a higher price tag. As for the Accord, it is slightly more expensive than the Mazda 6, but it is without a doubt, the king of this segment.