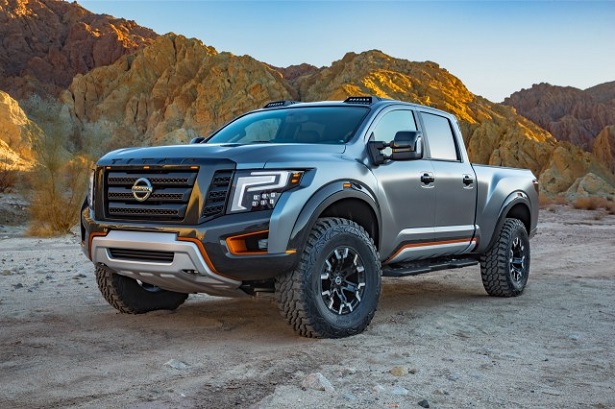 Say hello to the Titan Warrior Concept that was unveiled at the Detroit Motor Show. Nissan recently released the Titan XD pick up, a heavy duty truck powered by a 5.0L Cummins turbodiesel engine and it looks like Nissan wants to turn it into an off-roading monster.

The Warrior concept is built on the same heavy duty platform, is 3 inches wider and with a modified grille. Nissan used LED lighting for the front and rear in addition to roof LED off-road lights. Carbon fiber has been used for the bumpers.

And to back up all of the bodywork, the suspension has been raised 3 inches to accommodate 37 inch off road tires.

We don’t know when will we be seeing a production version yet but for now check out the photos.