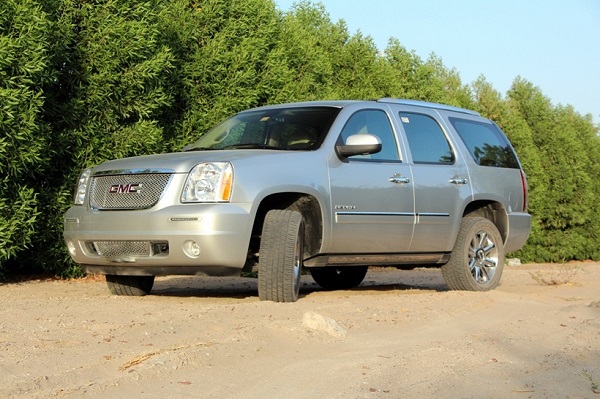 The GMC Yukon Denali, popularly known in the ME region as just the Denali, is a slightly more upmarket brother of the Chevrolet Tahoe and one step shy of the Cadillac Escalade.

Practically, all three are exactly the same vehicles with minor levels of ‘Luxury’ level increases from the Tahoe to Yukon to Escalade.


The Yukon ‘Denali’ comes with a six speed AWD (permanent all wheel drive) turned by a 6.2 Lt 403 HP Vortec engine. In our sprint runs, it pushed the ‘Denali’ from 0-100 kmph in just above 7.5 seconds. It is responsive however when one would step down on the accelerator e.g. to overtake another vehicle, the gearbox take its own sweet time to decide what to do and then the occupants would know as it jerks into the correct gear. This is the same as Tahoe.

The overall drive feels exactly the same as the Tahoe. Read my review of Tahoe to get more details on the drive. 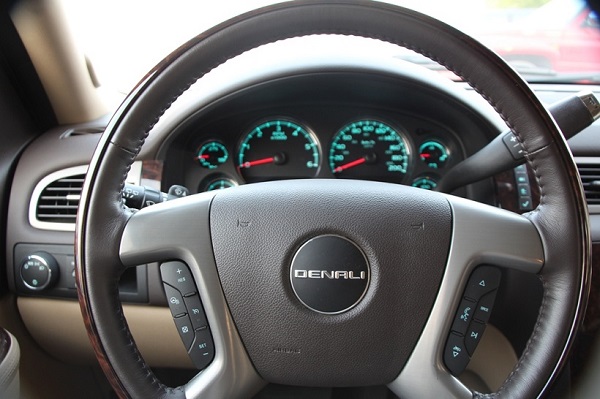 Space is and seating arrangements are pretty much the same as Tahoe too. The entertainment system is also same and is probably the best audio performance in the class with surround sound for movies and other digital media.The only major differences that we felt the Yukon Denali had over the Chevrolet Tahoe LTZ were the bigger engine, heated steering wheel (who needs that here?), different front grill and hood, better color combination on the front dash panel with slightly better materials and the missing transfer case control knob. In other words, it's a more premium finish with the same technology under the hood.

The Yukon Denali also has an Auto-leveling rear suspension, but we really didn’t feel any difference over the non-Denali’s suspensions which is exactly the same as Tahoe. Only the Denali trim comes with the 6.2 Lt engine and the rest of the Yukons have the 5.3Lt one.

Going by what the Americans say about these sister companies, GMC, Cadillac and Chervolet:

GMC is considered the "Professional Grade"

Cadillac is considered the "Luxury Grade"

Everyone else buys Chevrolet! :)