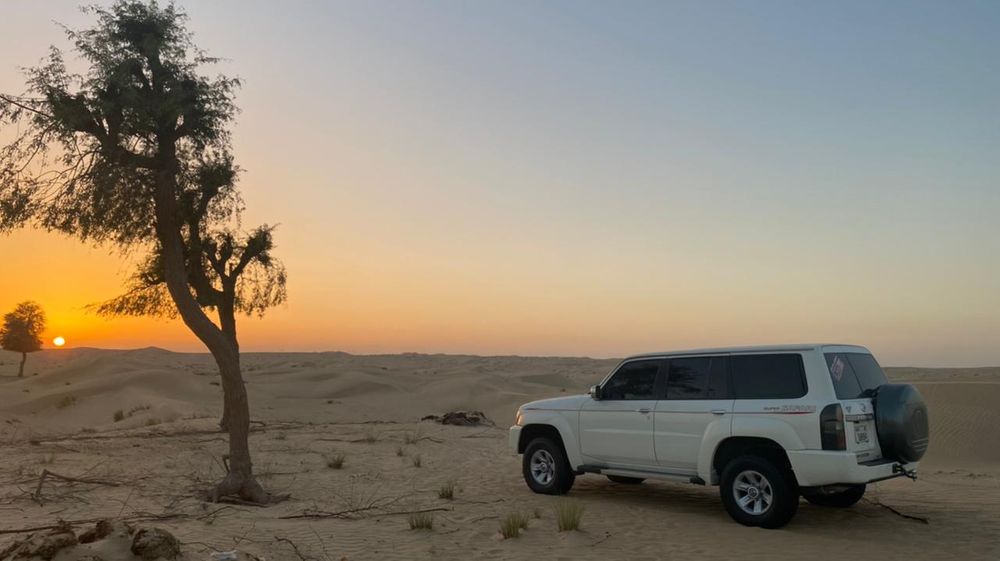 The Nissan Patrol Super Safari or “Vitic” as it commonly known in the UAE, is an iconic SUV in every way possible. From sailing the desert sands to pulling up outside the swankiest of hotels, the Patrol Super Safari turns heads and commands respect, even more so when it is modified and stands out of the crowd. Today, Sam McClusky tells us more about his trusty Patrol and what upgrades he’s done to make it even more capable off-road.

What car do you currently drive?

Have you owned any interesting cars in the past?

Yes, I have and quite a few in fact, but one that would stand out would be my Honda EK Civic 4-door with a B16A1 motor.

What got you into cars?

It’s difficult to point out one instance or event that got me into cars because I’ve always been into them ever since I could remember.

What is unique about your car? Have you customized it in any way?

It’s not all that unique but I have customized it to suit my off-road needs and the Patrol is a car that I have always wanted! Since it is the Super Safari spec, it comes with big chamois seats, a sunroof, a cool box, and manual hub locks for better fuel economy / less drive train loss on the road. I have installed a Profender suspension system with remote reservoirs, added a 1-inch spring spacer for increased clearance, put on a set of Geolander AT tires, and installed Titan Performance front and rear skid plates. To make my off-road trips pleasant even in the summer months, I have mounted an ARB compressor within the quarter panel and have installed air lines to each wheel well. This way I can inflate to a set PSI without getting out of the car.

Do you have any upgrades or modifications in the pipeline?

I’m quite happy with the way it is, but one final mod would be to sort out the sound system, possibly by fabricating an iPad mount.

Tell me one car you would swap your current car for?

There are quite a few choices, maybe a second-generation Ford Raptor? Or perhaps a modified Lexus LX570? Or who knows, maybe even a brand new Nissan Patrol Super Safari?