The Toyota Camry is a celebrity in the automotive world and has acquired its rightful position as the symbol of bulletproof reliability. Winning hearts since 1982, the Japanese sedan is currently in its eighth-generation and holds on to everything that made its predecessors so very popular. With practicality, reliability and affordability intact, the Toyota Camry 2018 welcomes an all-new V6 engine into its line-up to lure younger audiences and take on the likes of the Honda Accord and Nissan Altima. 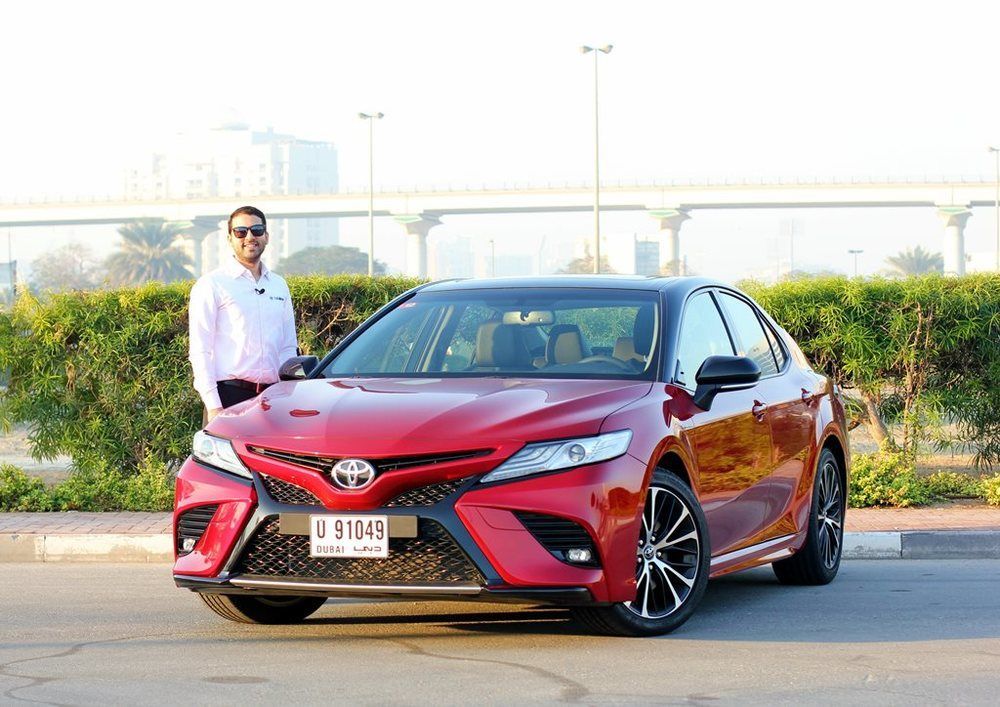 Much like the exterior of the all-new Camry, the interior sees a huge improvement over the model it replaces. Hard, grainy plastics are restricted to the lower half of the cabin while soft-touch materials cover large parts of the dashboard, door panels, and center console. A combination of stitched and perforated leather is accompanied by gloss black and silver accents, with the cabin offering plenty of rear seat space and a notable 428-liters of boot space. 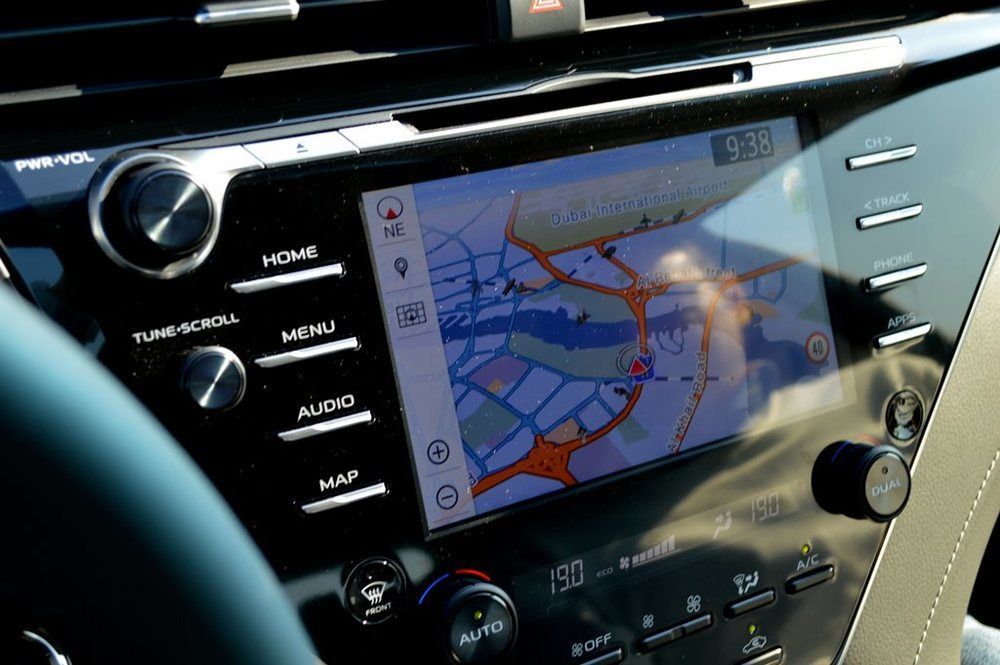 Not as well equipped as Camrys sold in other markets (such the US), the Camry Sport perhaps loses its competitive edge on the feature front in the Middle East. While internationally the all-new Camry is seen with adaptive cruise control, a panoramic roof, pedestrian detection, lane departure alert, ventilated seats and a Head-Up Display, the version available to us fails to excite with not much more than LED headlights, standard cruise control, a small sunroof and an 8-inch infotainment screen. 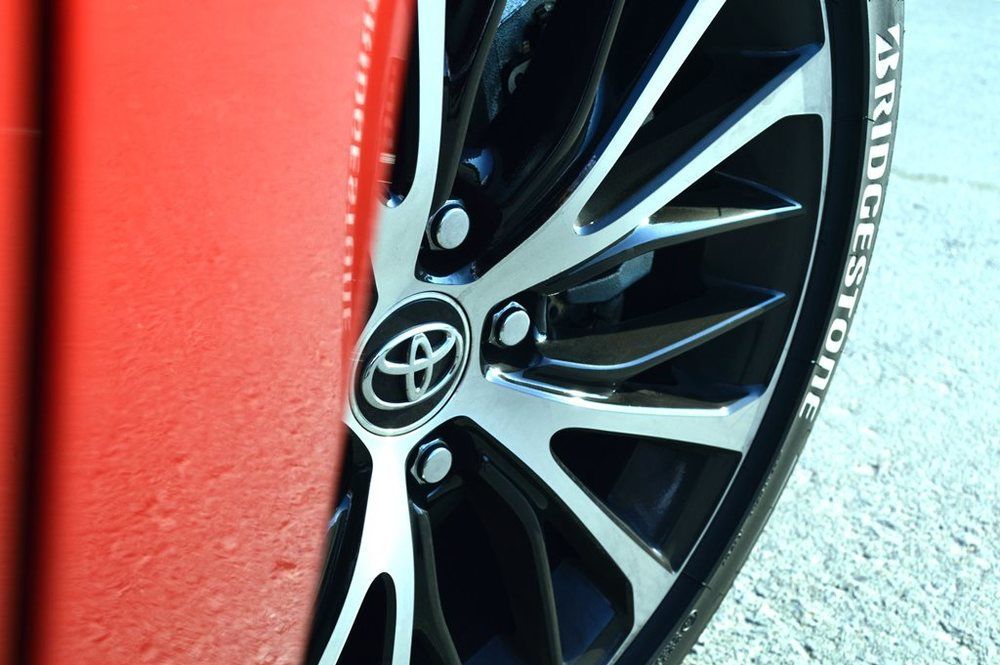 Although the 2.5-liter variant of the Toyota Camry 2018 is bound to be far more successful in terms of sales, the Sport model is armed with a more exciting 3.5-liter V6 engine. Plenty powerful with 298 horsepower and 356 Nm of torque, the Japanese family sedan races through 8-gears and to 100 km/h in a jaw-dropping 5.8-seconds. To put into perspective, that’s just as fast as V6 muscle cars such as the Mustang and Camaro! 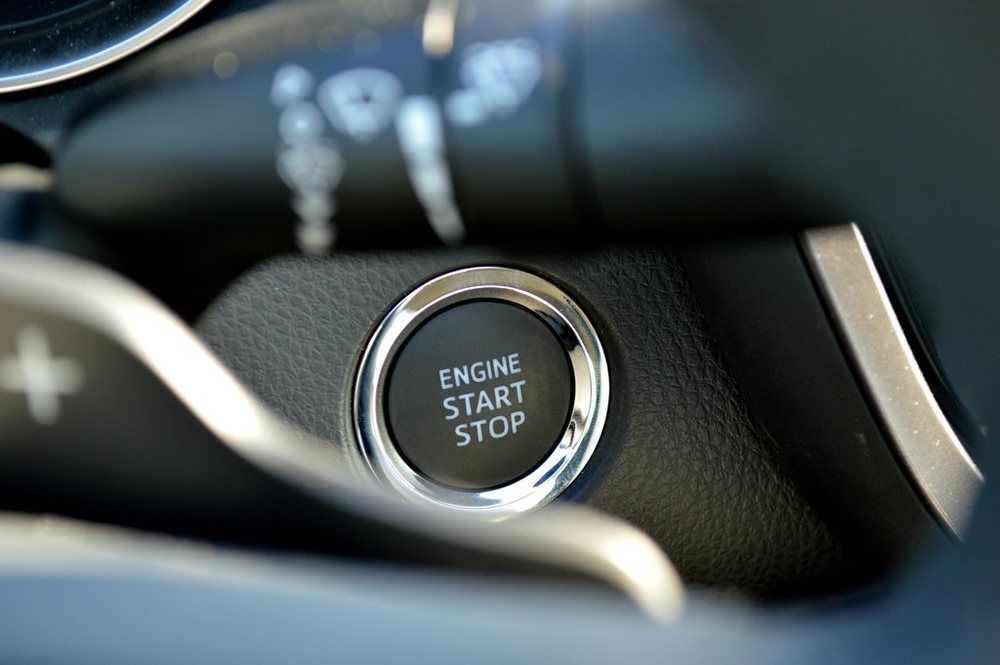 At the opposite end of torque steer, the Camry offers three drive modes to choose from (Eco, Normal, Sport) with each making changes to the urgency with which the car accelerates. The sports suspension is stiff enough to maintain composure in the bends without sacrificing comfort in all other scenarios. The only downside to the Camry is its 60-liter fuel tank, which is smaller than both, the Accord at 65-liters and the Altima at a more respectable 68-liters. 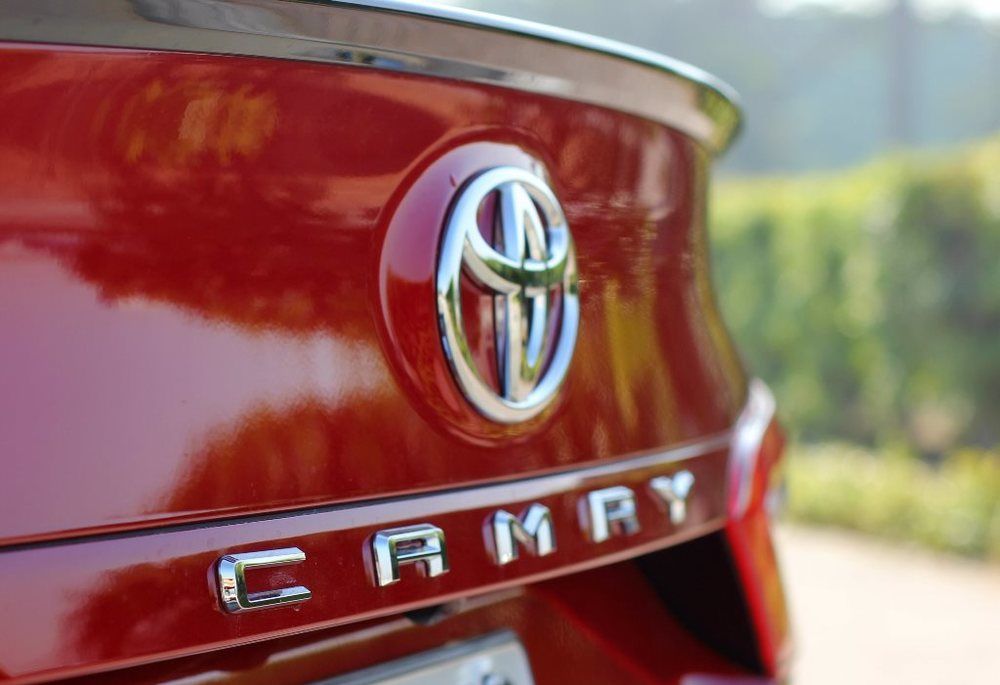 The Toyota Camry does an exceptional job of being a practical, reliable, and affordable family car. In the UAE, despite its brilliant resale value, the Camry is unfairly bashed for being “a taxi”. In my opinion, that’s an honor of the highest regard, for these vehicles are run for 20 – 22 hours day after day, month after month, year after year without any failures, and THAT speaks more highly of quality than any ISO certification ever can.

- Phenomenal power delivery with plenty of wheelspin to accompany

- Mismatched plastic buttons inside the cabin

- Under-equipped when compared to international models

Petrol prices rise in the UAE