In the realm of hybrid mobility, the Toyota Prius stands as an unignorable boulder, dominantly above the likes of the Hyundai IONIQ, Kia Niro, and Nissan Leaf. The transport of choice for film stars and celebrities who wish to brag about their eco credentials, the Prius, which is now in its fourth-generation, is the world’s best-selling hybrid – a feat many would like to question. 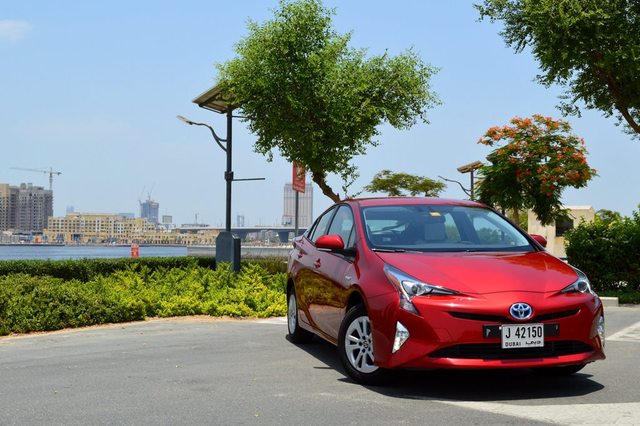 Having moved from the layout of a 4-door sedan to a 5-door hatchback in 2003, the Prius’ hunkering silhouette is recognizable, even if far from pleasing. Bulbous and ill-proportioned, it is the designers’ hunger for modernity that has seen the introduction of garish gashes, dreary contours and piercing tail lamps, replacing the inoffensive styling of its predecessor. Claimed to be contemporary and aerodynamic, the distinct lack of design awards are a clear indicator of something that didn’t go as planned. 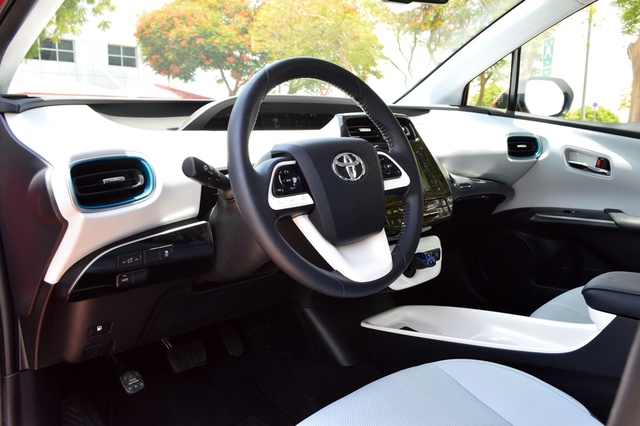 Futuristic in every sense, the cabin of the Toyota Prius 2017 is swathed in a blend of black and white hues that draw attention to the smooth leatherette and hard plastics that embellish prominent panels around the interior. Spacious with room for five adults and a whopping 697 liters of cargo capacity, the Prius is a practical every day runner, once you look past the poor visibility it offers from the narrow rear window and slender side-view mirrors. 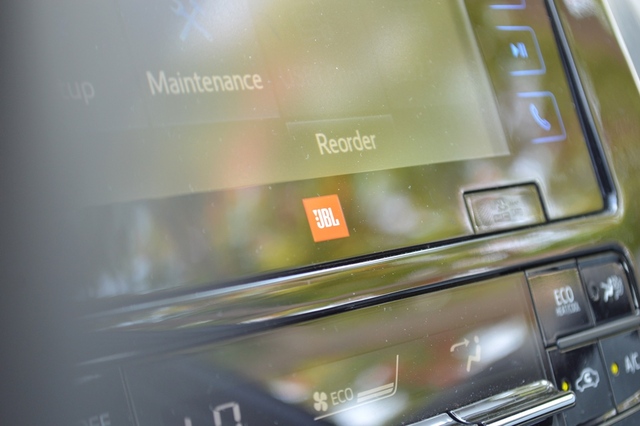 Contributing to the Prius’ 5-star Euro NCAP crash rating are numerous aids and features that take the form of, several airbags including a driver knee airbag, a bright and detailed head up display, a blind spot indicator, cruise control, a rear-view camera, and rear parking sensors. Catering to the techies, the hybrid hatchback also welcomes a touch infotainment screen with navigation, a six-speaker JBL audio system, and a wireless charging mat located along the center console. 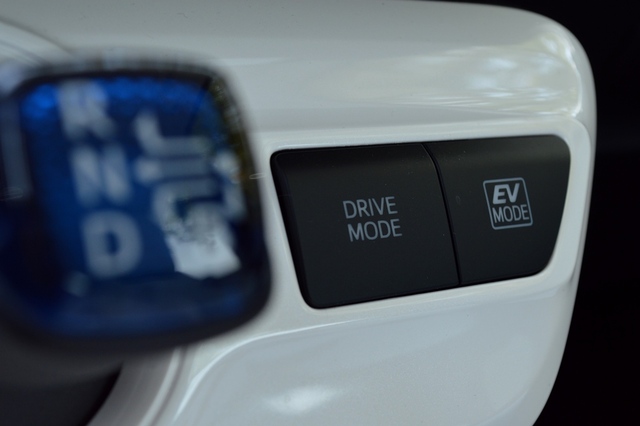 Concealing a 1.8-liter petrol engine under the hood and an electric motor under the floor, the 2017 Toyota Prius Iconic produces a combined output of 121 horsepower (97 from the engine and 24 from the electric motor) and 142 Nm of torque. Paired to a CVT transmission that is controlled from an awkward dash-mounted shifter, the Prius doesn’t offer much in the way of performance, but it does on the fuel economy front, sipping just 6.2 liters / 100 kilometers.

Factor in a tank size of 43 liters and the Japanese hybrid delivers over 600 kilometers on a single tank of gasoline - impressive by all means. Working in tandem with an electric motor, the Prius offers three drive modes to choose from: EV, Eco, Power, with each making individual adjustments to the A/C output, acceleration, and performance of the vehicle.

Swapping between the electric motor and engine discreetly, a jab of the accelerator pedal is returned with instantaneous acceleration (with the engine running), or forward momentum that is far less urgent if running in EV mode. Speaking of which, due to the drastically fluctuating battery, it is also near impossible to get anything more than 45 seconds of pure EV drive time without the engine having to intervene and recharge the battery pack. 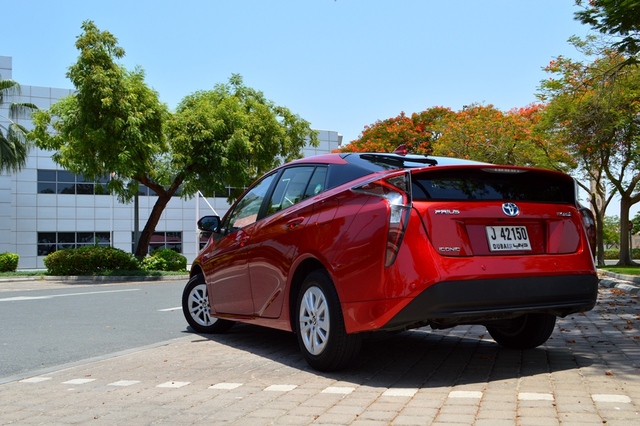 The Prius is an international best-seller for the brand and it’s understandable why it has skyrocketed to fame in countries with exorbitant petrol prices. In a country like the UAE, however, where petrol costs less than milk, its appeal is questionable, especially since emissions are borderline irrelevant and its price tag of AED 97,900 is borderline ludicrous.

2018 Audi A8 Unveiled in Barcelona