The car you see above is the all-new Volvo S60. It’s a Swedish luxury sports sedan that is said to be better than the Germans who have been ruling this segment, namely the Audi A4, BMW 3-Series, and Mercedes-Benz C-Class. Quite the claim, right? Stay tuned and by the end of this review you’ll find out which one of these four luxury sedans deserves your hard-earned money.

Five inches longer than the model it replaces and the longest car in the compact luxury sedan segment, the all-new S60 is built on the brand’s Scalable Product Architecture (SPA) and mimics the styling of its elder brother the S90. This being the R-Design model, which is essentially a sportier version, gets different bumpers and a unique grille. The standard car gets vertical chrome slats on the grille, but this sporty R-Design gets a horizontal mesh that looks significantly better. All the chrome pieces have been replaced with gloss black trim such as around the window lining and it’s worth noting that the R-Design is more than just a style pack. The R-Design is actually lower than the standard car and gets a stiffer chassis too.

Before I dive into the interior and explain just how well built and designed it is, I do want to talk about the key for the Volvo S60. You might be thinking, well what’s so unique about it, and there are two specific things that make it stand out. Firstly, it’s the quality, there’s no plastic and the leather wrapping around the center section is the same leather used on the seats. Secondly, the color. You see, the key to our test car is black because our seats are covered in black leather. Say we had beige leather seats, the key would have been beige, or if we had brown leather, the key would have been brown, and that’s the sort of detail the Germans simply miss out on.

As you’d expect, quality is exceptional, everything is padded and covered in soft touch materials, even the door bins, an area most other manufactures simply use hard plastic is well padded in the S60. But Volvo is different, and they are proud of that, which is why the S60 gets small Swedish flags on the seats and at a time when all other manufacturers are going with a push button start mechanism, the S60 stands out with its twist to start. With the R-Line differentiating itself from the standard car, it gets aluminum inlays instead of wood on the dashboard and center console, as well as a different steering wheel and an aluminum accelerator and brake pedal.

Despite being the smallest sedan in the Volvo line-up, the S60 offers plenty of space for those in the back. The seats are extremely comfortable and supportive, and there’s a 4-zone climate control system. Meaning the driver, front seat passenger and both those in the back can set their own individual A/C temperatures and fan speeds. What is a little strange is that Volvo has skipped USB ports in the back for a full-on socket. Now this might be useful if you want to vacuum your car out or perhaps charge a laptop up, but as far as versatility goes, USB ports would have been much, much better. In terms of practicality, boot space in the Volvo S60 measures in at 442-liters. Is that any good? Well, it is bigger than the Mercedes-Benz C-Class but unfortunately smaller than the Audi A4 and the BMW 3-Series. 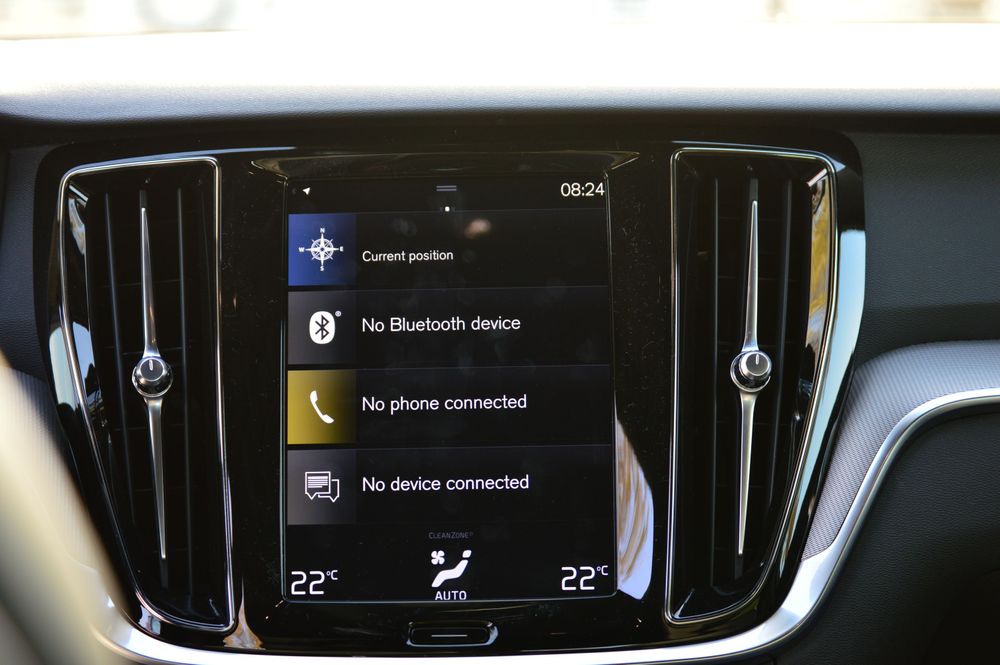 When you hear the word Volvo, you’re likely to think of safety and that’s because the brand has spent decades building that image. The S60, like all other models, is packed with safety features, it’s got Lane Keeping Assist to make sure you don’t weave out of your lane. It’s got Collision Mitigation that automatically jams the brake if you don’t react in time. It’s also got a Driver Alert Monitor to make sure you aren’t distracted or falling asleep behind the wheel. In addition to that, it’s also got Blind Spot Monitoring, Heads Up Display and a whole lot more. But my favorite feature is the speed camera detection. Programmed into the navigation system are speed cameras all across the city. So, as you’re driving along and approaching a speed camera, it notifies you, 200m away, 100m away, 50m away, it’s kind of like having your best friend in the passenger seat looking out for you.

In terms of screens, the S60 gets a 12.3-inch digital instrument cluster display, which can be customized, and a 9-inch infotainment screen with Apple CarPlay and Android Auto connectivity. The size of the infotainment screen is small by today’s standards, but it doesn’t feel so because of its portrait layout. Speaking of the screen, the S60 does come with a 360-degree camera for a bird’s eye view when parking, but sadly it isn’t great because it warps the image around the edges. Zoom in to an individual camera, however, and it is crystal clear.

Being a compact luxury sports sedan, the Volvo S60 does have the performance to match. This T5 AWD version we have with us today gets a 2.0-liter turbocharged 4-cylinder engine that pushes out 254 HP and 350 Nm of torque. There are of course more powerful versions of the S60 sold in other markets, such as the T6 version, which gets both a turbocharger and a supercharger. Put your foot down and S60 will push all its power through an 8-speed automatic gearbox to hit 100km/h in 6.4-seconds. It’s good but not great and perhaps the sound could be improved under hard acceleration. There are three drive modes (Comfort, Eco, Dynamic) which are changed through the rotary control on the center console and each mode carries out various adjustments. For example, Eco mode makes changes to the powertrain and climate control system to reduce fuel consumption. On the other hand, Dynamic mode is calibrated for sporty driving so the responsiveness of the steering, gearbox, engine, and brakes are all improved as opposed to the other modes.

Where the S60 definitely deserves credit, however, is for its semi-autonomous driving. Known as Pilot Assist, the S60 uses a bunch of cameras and sensors around the vehicle to drive itself and the system is far better than what we’ve experienced in cars that cost up to three or four times as much. You set your desired speed and the S60 will maintain it, stay right in the middle of the lane, and even bring you to a complete stop if needed. It’s ideal for those who travel long distances on the highway or get stuck in bumper to bumper traffic. 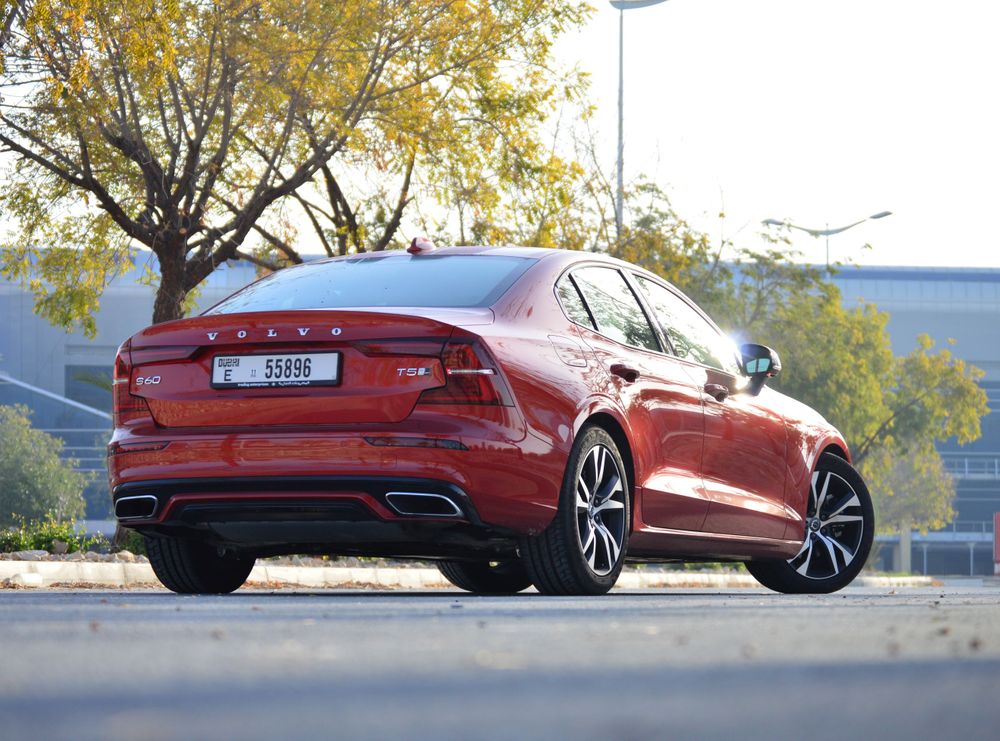 At 179,900 Dirhams, the Volvo S60 is just as good or even better than its German rivals. It looks better, it’s built better, and I will even say that it drives better. But why don’t we see more of these on the road? Is it lack of awareness? The positioning of the brand? Or perhaps the price? Let us know in the comments below.