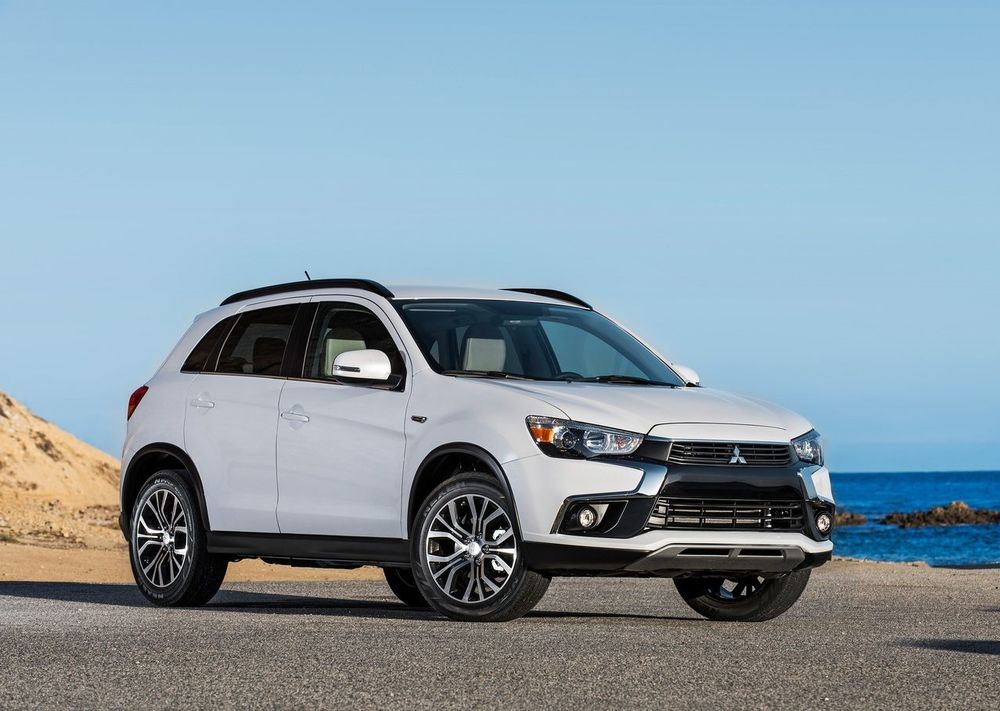 Inspired by the Concept-cX prototype of the mid 2000s, the Mitsubishi ASX that we know today is debatably the first, fully dedicated subcompact crossover SUV by the Japanese carmaker. It was launched in early 2010, and before that, Mitsubishi had the RVR, which basically occupied the spot where the current-day ASX stands, but the RVR was a compact minivan. Of course, as we all know, those aren’t the most popular type of vehicle in the market. So Mitsubishi’s idea of bringing in a new crossover was indeed a logical and should I say an almost necessary one. Ever since it came out nearly a decade ago, the ASX has had a few facelifts along the way, just to ensure that the model doesn’t fade into obscurity, given the high-pitched tone of today’s crossover scene.

Underpinning the ASX is Mitsubishi and Daimler-Chrysler co-developed GS architecture. Apart from the ASX, the GS architecture is used on the Outlander and Lancer EX models as well. The ASX is evidently not a very large car, spanning a total length of 4.355 meters from nose to tail, 1.810 meters in width and standing 1.625 meters at the roof. The ASX is a strict five-seater, and as such, its wheelbase of 2.670 meters opens up a fair amount of room in the cabin. Meanwhile, its boot space of 358 liters isn’t the best in class by any measure, but it’s quite adequate if you got to make a quick airport run or hit the grocery shop. Of course, if you need more space, the split-folding rear seats of the ASX allow you to shove items right through the load bay.

As I said, the cabin of the Mitsubishi ASX wouldn’t pose much of a challenge if you want to carry three people in the back -- the front chairs are fairly comfortable as well and there’s no shortage of headroom or knee room. The interior design is clearly not a work of art but then again, this car is still from 2010 and not a whole lot has changed since then. However, having said that, Mitsubishi has done a good job of ensuring that everything feels well put-together and that materials are of decent quality, too. Some of the ASX’s convenience list sees features such as keyless entry & go, 17-inch alloy wheels, automatic projector headlamps with auto-levelling and wash function, automatic windshield wipers, panoramic glass roof, front & rear fog lamps, push-button start, power-operated & folding door mirrors and leather upholstery. But there’s also a 4-way power-adjustable driver’s seat, cruise control, automatic climate control, 9-speaker Rockford Fosgate sound system, leather-wrapped multifunction steering wheel, selectable drive modes, paddle shifters, parking sensors with a reversing camera, and a touchscreen head unit with voice recognition, Bluetooth telephony, CD playback and USB connectivity.

The Mitsubishi ASX has your back with safety hardware such as Active Stability Control (ASC), Hill Start Assist system (HSA) and a Tire Pressure Monitoring System (TPMS). On top of these, the ASX also offers some of the more standard (but still vital) equipment like Anti-Lock Braking System (ABS), Electronic Brake Force Distribution (EBD) and Brake Assist (BA), rear seat ISOFIX anchor points and dual front airbags. Mitsubishi has equipped the ASX with naturally-aspirated 2.0-liter, four-cylinder engine that turns up with 150hp at 6,000 rpm and 197Nm of torque at 4,200 rpm, all which heads to all four wheels (in the AWD versions) via CVT gearbox with 6-step pseudo ratios. While performance isn’t what you’d call rapid, the ASX manages to hit 100 km/h in 11.3 and a top speed of 193 km/h.