By now we are used to Audi making radical changes to their new cars, but on the surface, they look very similar to the old ones. It happened with A8, and now it has occurred with the A6. Behold the new Audi A6. 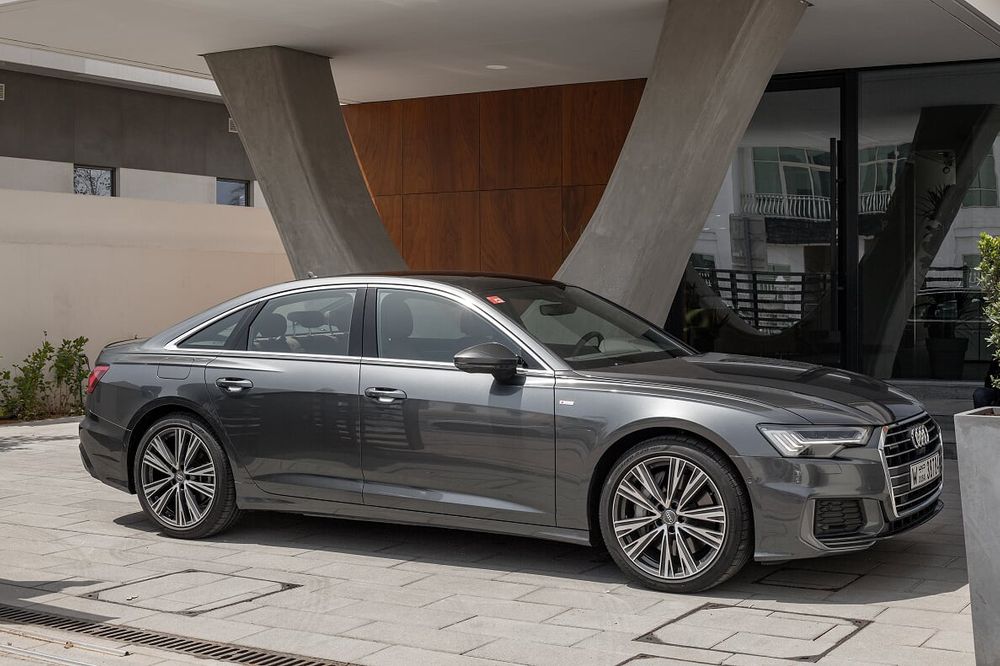 Following their age-old mantra that design should be evolutionary rather than revolutionary. On the surface, if you will be hard-pressed to tell the difference between the old A6 and the new A6. For a minute, you might think of hiring Sherlock Holmes to help you find out. However, it is not so complicated to differentiate between the old and new models, and I will help you through it.

The overall shape of the car remains very similar; however, it is a bit more squarish, aggressive, and taut as compared to the previous A6.

If I may dare to say, it even looks a bit sportier.

If you look at the car from the three-quarter profile and sideways it kind of looks eager to sprint and race ahead. Which, in my opinion, is always a good thing.

It has the new Audi 3D grill which got introduced in the A8 and Q8.

The sides have no definitive features as such, but the rear does have new signature LED taillights which look good. I always feel the new Lexus ES seems very similar to the A6 from the side and the back or maybe it is the other way around. 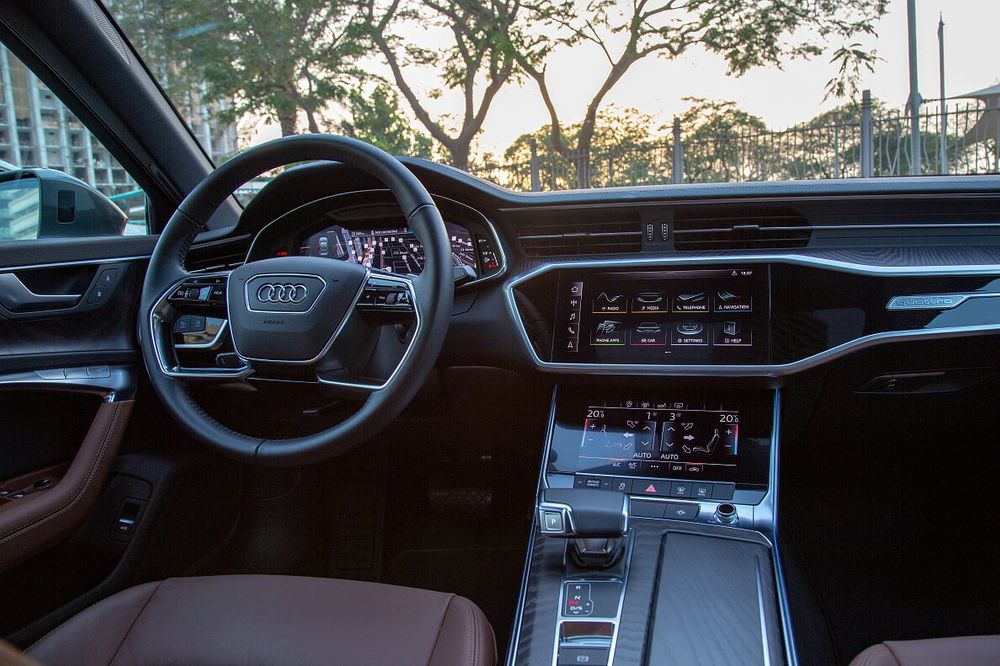 Audi interiors are what you talk about to everyone who will come and ask you, “How is your new car?”.

The interiors of the A6 is one of my significant causes of confusion. The interiors in the new A6 are almost the same as the A8. When you compare the interiors of the A6 to the Q8, A8, and A7 the only differences you will find is that in the front of the A6 there are few buttons to manage a few functions. Whereas in the rest of the models, it is entirely digital. Also, in the A8, the back seat has a smartphone-like controller to control all the features. So basically in the A6 you pretty much get all the features of it’s more expensive siblings at a much lower price.

The quality, design, and finish of the interiors are excellent, and it is something as an Audi owner you should be proud of. 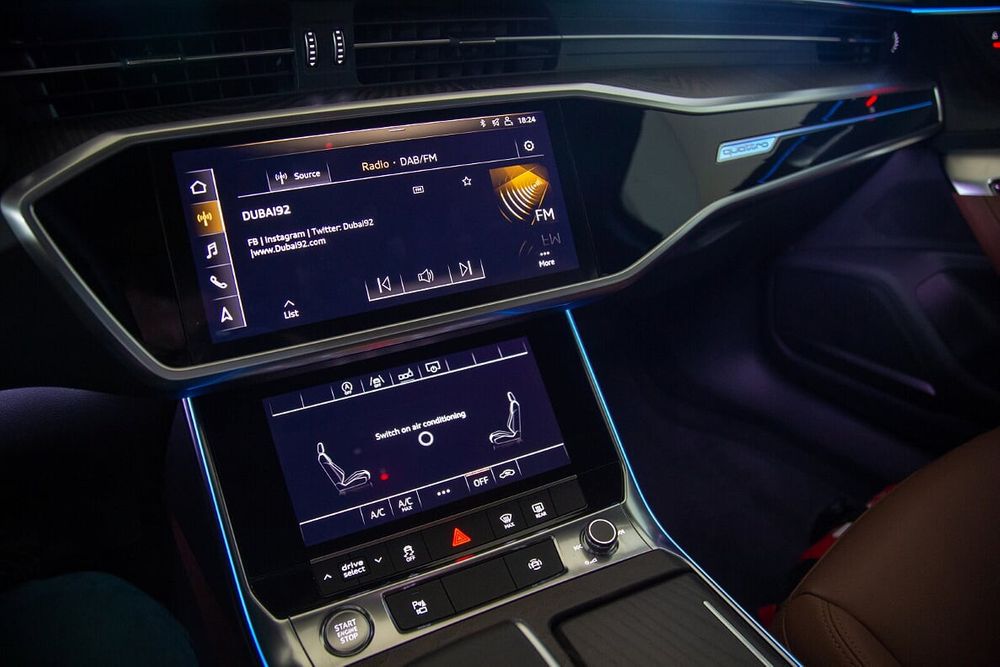 Audi has priced this car around AED 355,000 or USD 97,000. Now that is quite a bit of money for a mid-range executive saloon car. However, it does not skimp out on the options in this car.

This particular model comes fully loaded with every single option and safety feature you can think of.

There are so many to list that you would probably get bored reading them and start playing Fortnite. In case, you begin playing Fornite note that the A6 has air suspension which will keep you super comfortable while destroying stuff.

However, I am attaching a photograph of the spec sheet for those curious enough to know. 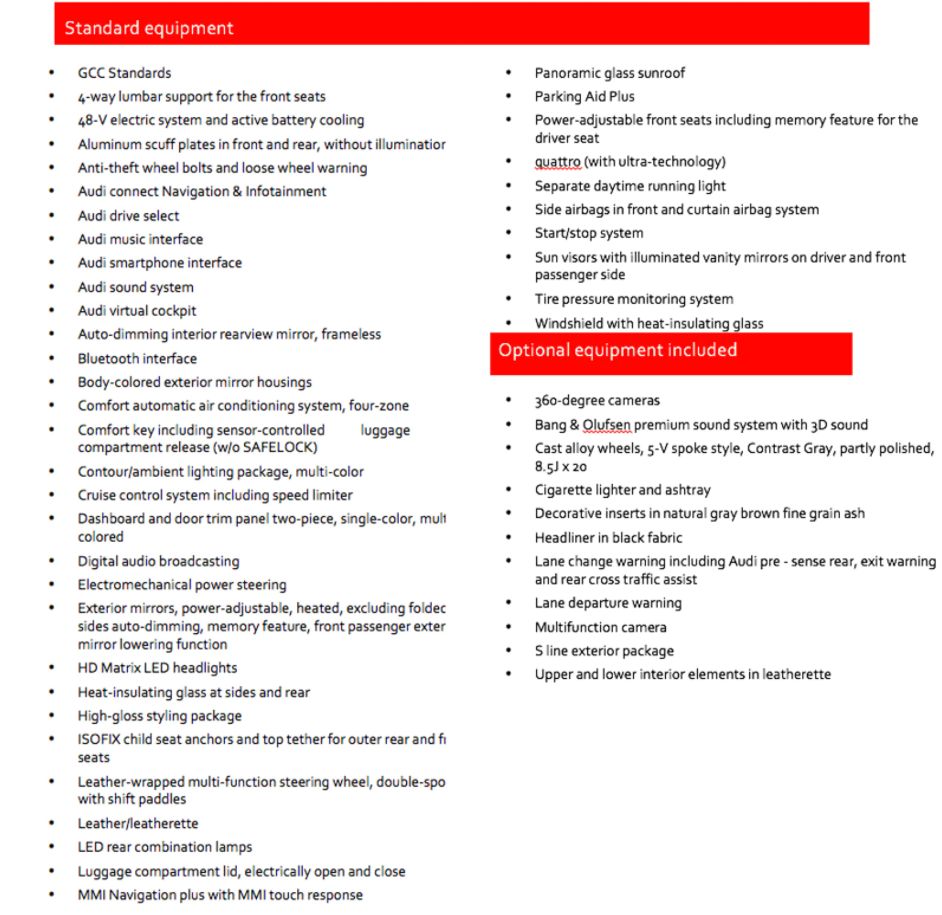 Too long to write…. 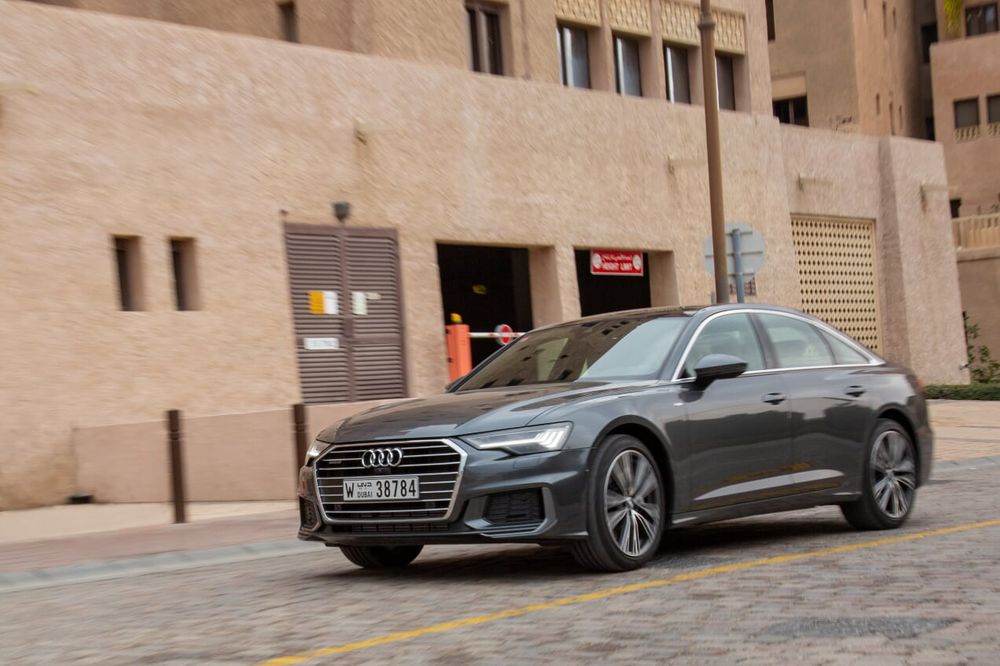 This car comes with a V6 producing 340 HP and 500NM of torque. It is the same engine used in the A8, A7, and Q8. Proving that Audi is taking this A6 as seriously as it’s flagship cars. The car also has a mild hybrid system.

If you are in the market for a new car and are looking at options such as the A7 or the A8 you have to look at the A6. Not only you would save money you would get pretty much everything that is available in it’s bigger and more expensive siblings.

No doubt this car is quick, but it is no sports car. It takes on speed in a very dignified manner, making it a great long-distance cruiser. With QUATTRO and four-wheel steering, you always feel you have the necessary grip.

The four-wheel steering helps shorten turning reduces and improves the agility of the car. You would think the A7 would be the sportier of the two. However, it is the A6, which is sportier and dynamic than the A7. 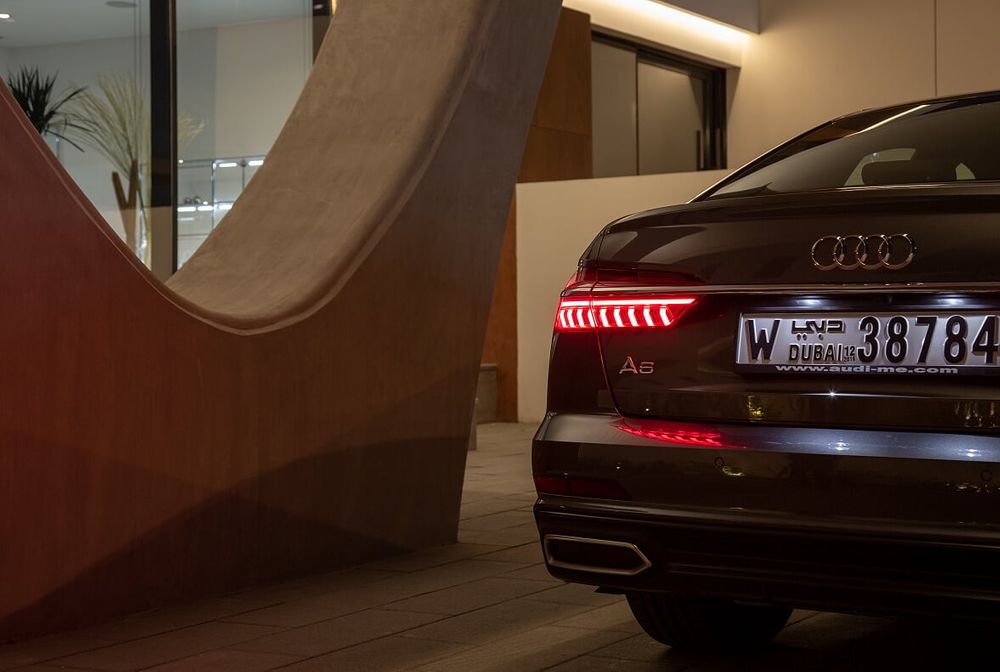 This Audi A6 is all the car you would ever need. It has enough power, safety features, frills, and options. It has all the technology and driving assist features.

For 99.99% of car buyers out there, everything I mentioned above is more than enough. Audi has gone above & beyond to offer you everything you can think of and more.

However, for me, it is not engaging enough to drive. Audi put autonomous driving in this car ASAP so I can get back to watching Netflix.