2013 Honda Accord and Civic Launched in UAE for Middle East 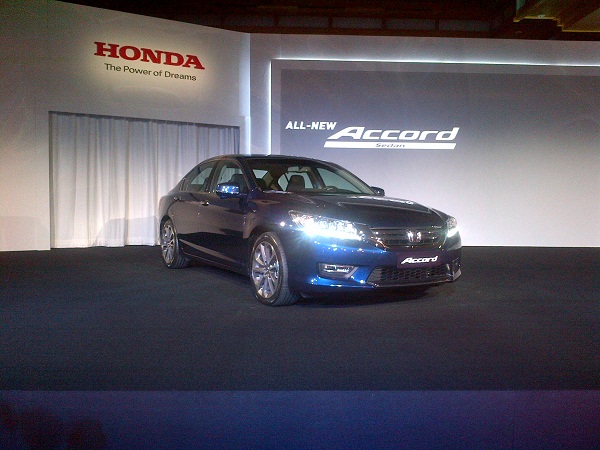 The COO of Honda Motors personally unveiled the new Accord in a dramatic entrance which we captured on video here:

2013 Honda Accord Sedan and Coupe Prices

Complete break up of specs and features can be found on the YallaMotor Honda Page.

Major Changes in 2013 Honda Accord Sedan and Coupe

2. LED lights are standard on all Honda Accord models which is a major plus point

3. Rear legroom increases by 32mm which is significant

4. Trunk space increases by 22 liters which is a major improvement

In a break from tradition, the unveiling of 2013 Honda Civic was also done in the same event, however the details of the new Civic were kept under wraps, as the model is due to be available for sale starting March this year. We did manage to snap some pictures of the new Civic which at least by the looks seems a promising alternative in the highly competitive compact sedan segment. 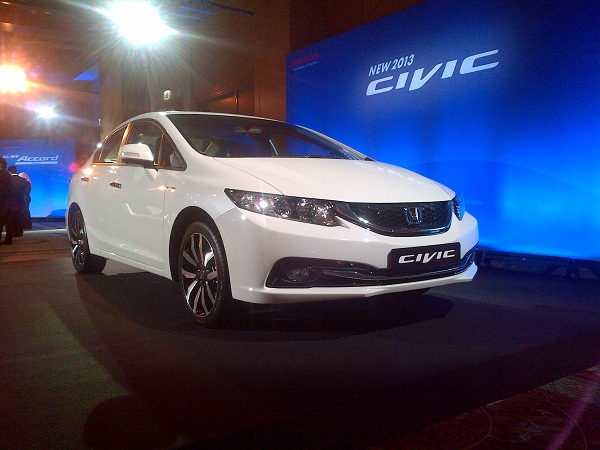 We look forward to the media drive to give our first impressions and initial verdict.

- Complete specs, features and trim level prices of 2013 Honda Accord Sedan and Coupe

- Pictures of the launch event below