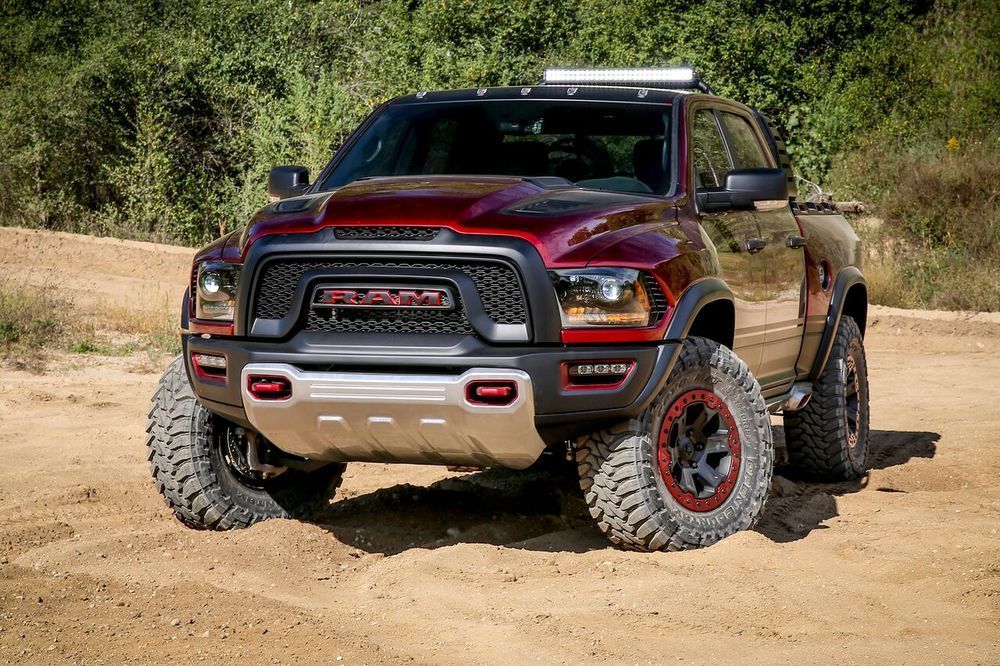 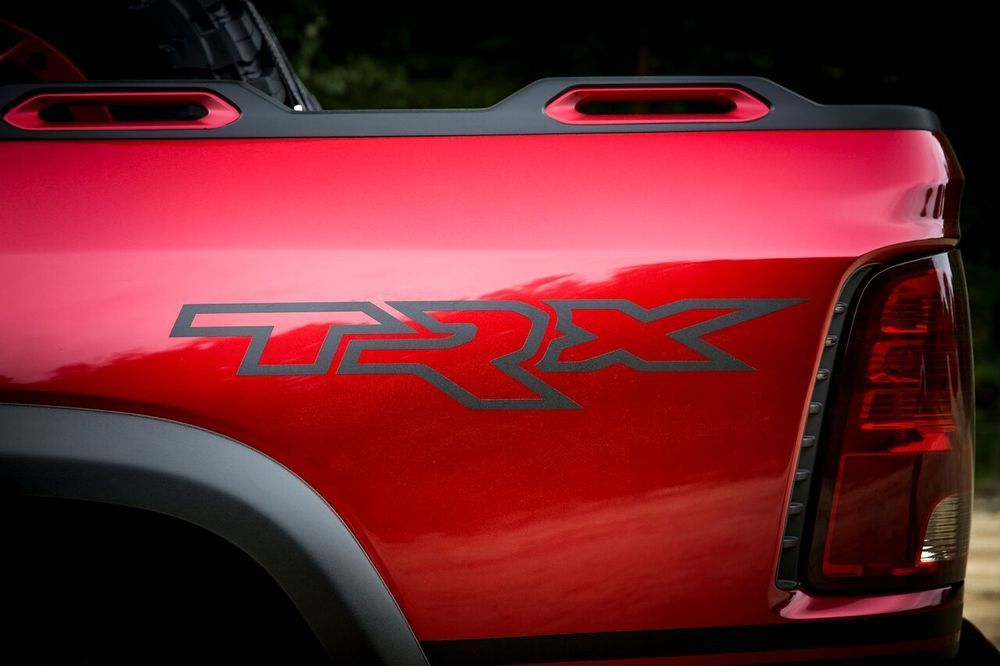 As for the concept vehicle, the beastly-looking RAM Rebel TRX isn’t just a standard RAM with some aftermarket add-ons tacked onto it. The Rebel TRX is, in fact, a fully-functional, off-roading beast of a pickup. Under that muscular hood lies the heart of the beast – a 6.2-liter supercharged HEMI V8. This engine puts out 575 horsepower and though the torque figures haven’t been revealed yet, it will be well north of 600 Nm. After all, this HEMI V8 is the same unit found in Hellcat monsters (where it makes 707 horsepower) from the FCA stable. Of course, to make this powerplant off-road friendly and longer lasting, engineers have had to detune it ever so slightly and reign in the horsepower. 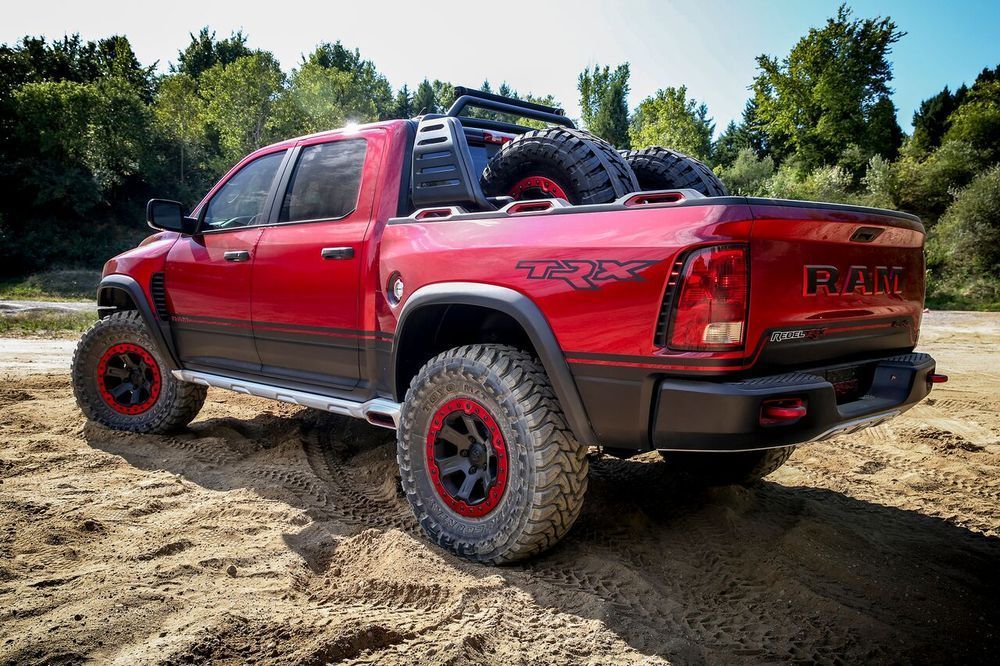 RAM is really confident about the off-roading prowess of their Rebel TRX, and claim that it can top an incredible 160 km/h over any kind of surface nature can throw at it. That kind of velocity over harsh terrain is really impressive, especially for a pickup truck that weighs over 2.5 tons! Transmission duties are handled by an 8-speed automatic torque-converter unit, while power is distributed to all four wheels via a specially-tuned RAM 4WD Performance Control System. The latter also makes use of a BorgWarner transfer case to keep things in check when the going gets difficult. 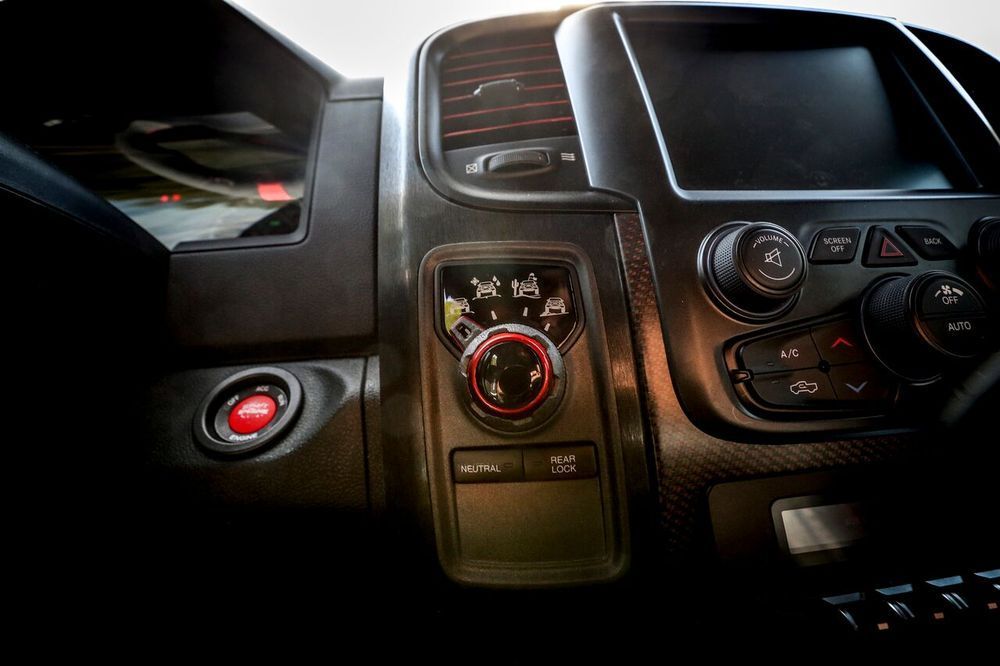 Of course, the American carmaker hasn’t just plonked in a massive engine and considered a job well done. For the Rebel TRX to be fully capable of harnessing its mountain of power and torque from the HEMI V8, RAM has also heavily upgraded the suspension. The suspension with its front and rear bypass shocks feature a multi-chamber setup for improved damping when driving over challenging terrain.

The RAM Rebel TRX’s suspension setup actually offers 40% more wheel travel over the standard run-of-the-mill 1500. This means a whole 13 inches of vertical travel for both the front and the rear wheels. The Rebel TRX comes with massive 37-inch tires with custom beadlock-design Mopar wheels to increase the ground clearance further, plus better durability and grip on loose surfaces. There’s also a custom Dynatrac rear axle with an electrically-operated locking mechanism, plus a standard open diff located at the front axle. In order to house the gargantuan tires and their associated wider track, the Rebel TRX also features enlarged fenders. 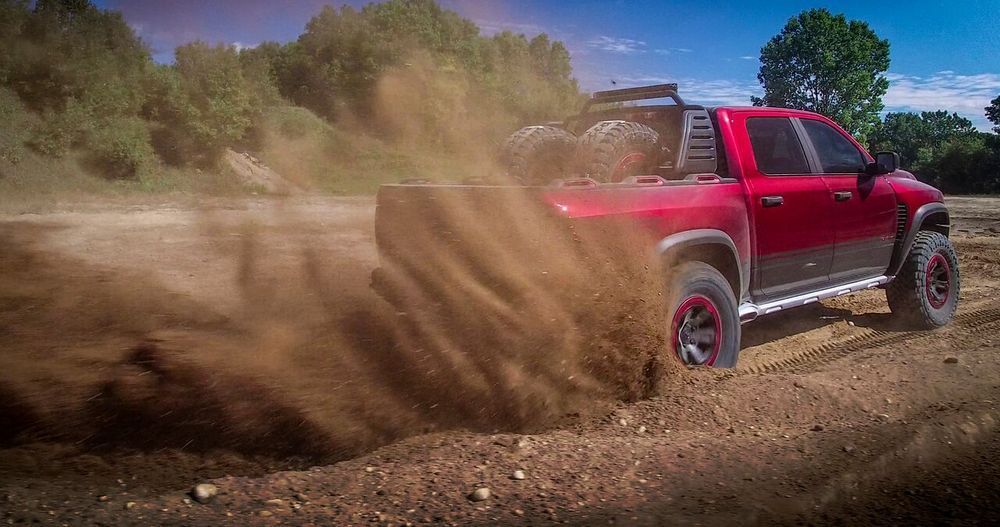 RAM has also attached an LED off-road lighting bar on the roof, a pair of towing hooks at front and rear, plus two spare wheels located in the bed of the pickup. The cabin of the Rebel TRX features part suede-covered seats with six-point harnesses to keep the occupants safe and planted. Alongside these, there’s suede trim dotted around the cabin with red-accent stitching to keep things looking lively and sporty. The cabin floor features all-weather Mopar mats to keep things tidy and wear and tear to a minimum. 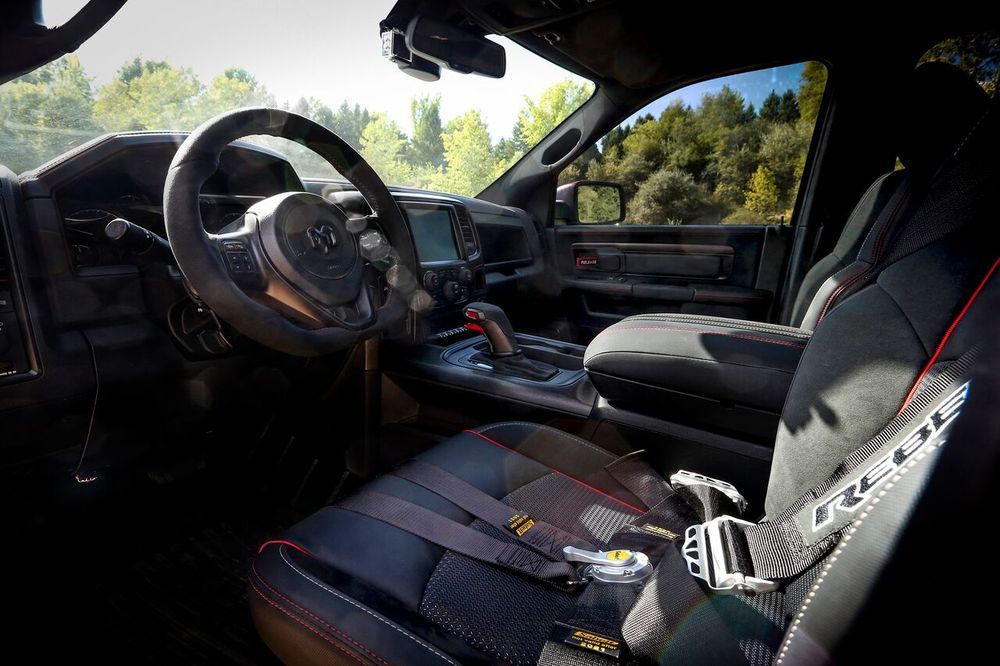 The RAM Rebel TRX isn’t without its fair share of tech, as it gets a 7-inch fully-digital driver’s display and an 8.4-inch infotainment rig powered by the latest Uconnect system. RAM has also placed a custom camera behind the rearview mirror to allow drivers to record their exciting off-road adventures. All in all, the RAM Rebel TRX is going to be one interesting offroader when it goes on sale.