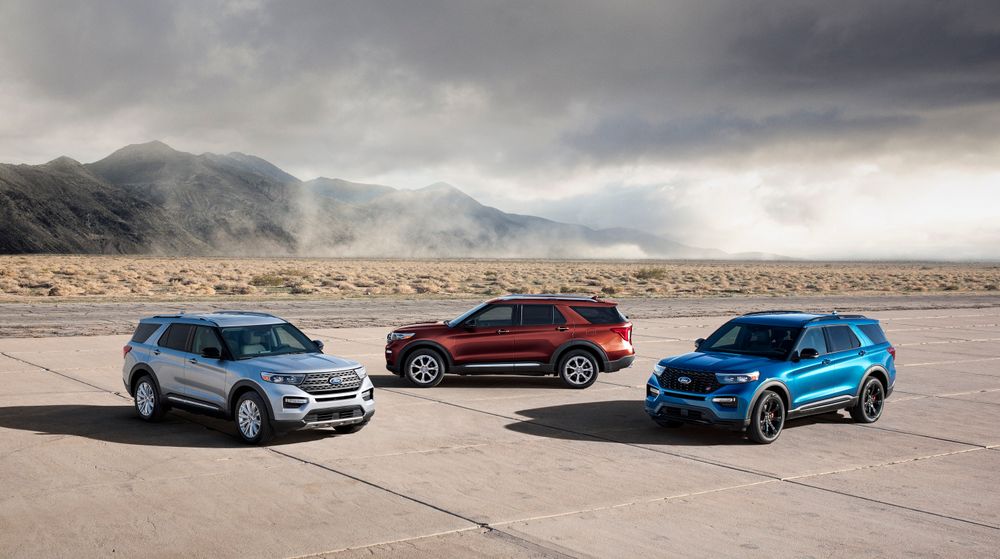 After much anticipation, Ford has unveiled two new additions to its Explorer line-up in the Middle East. Creating the broadest-ever line-up of Explorer SUVs, the American manufacturer has introduced the Explorer ST and the Explorer Hybrid to cater to an even broader customer base.

“This new generation of Explorer recognizes that every family – and every driver – is unique,” said Pedro Simoes, Marketing Director, Ford Middle East. “With an all-new ST and an all-new hybrid, there truly is an Explorer for every adventure.”

Continuing the expansion of the ST brand, the all-new Explorer ST is claimed to be the most powerful and fun-to-drive Ford SUV ever. The Ford Performance team has fitted a specially tuned version of the 3.0-liter EcoBoost engine that chucks out 400 horsepower and 563 Nm of torque through a 10-speed automatic transmission, allowing the Explorer ST to hit a top speed of 230 km/h.

“We designed it to be an ST from the beginning,” said Ed Krenz, Ford Performance chief functional engineer. “There’s no mistaking its ST DNA. It has a performance feel with sustained performance capability and wears an unmistakably ST appearance. More than anything, it's just a lot of fun to drive.”

As with the Edge ST, the Explorer ST offers a Sport mode for an exhilarating ride. When engaged via the selectable drive mode dial in the center console, the steering system tightens for sportier reaction, the gas pedal responds more aggressively, gears hold longer and shift quicker, and an enhanced engine note plays through the cabin.

On the other hand, the Explorer Hybrid is armed with a 3.3-liter hybrid powertrain that produces a combined output of 318 horsepower and an estimated driving range of over 800 kilometers between fill-ups. An all-new 10-speed modular hybrid transmission provides SUV capability. Unlike previous hybrid vehicles, a specially designed liquid-cooled lithium-ion battery is built into the Explorer chassis below the second-row seats to preserve cargo and passenger space.