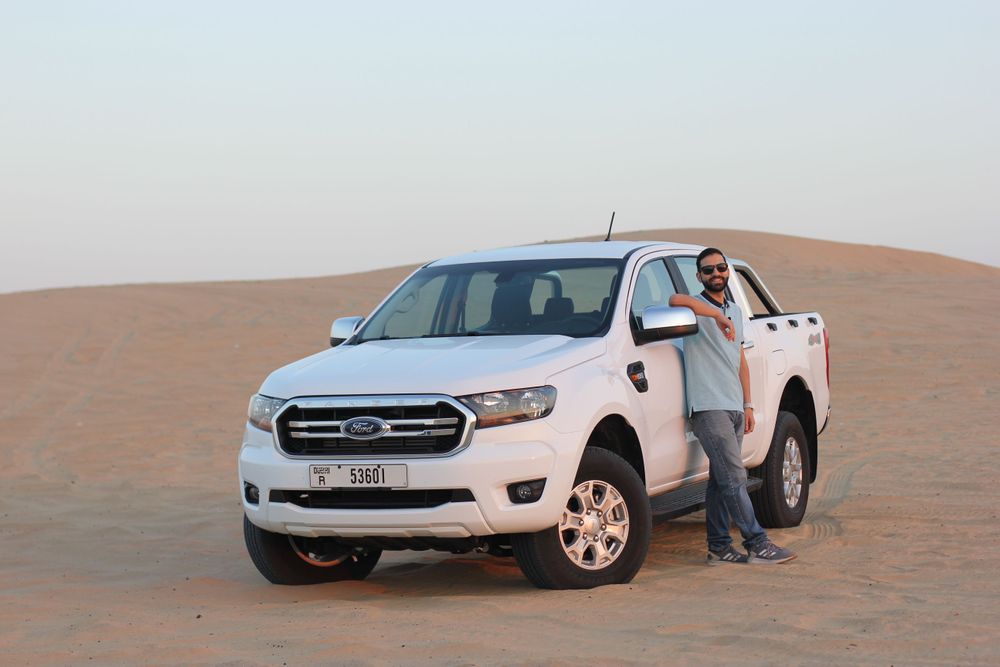 The truck you see is the Ford Ranger XLS; an American pick-up truck that is extremely capable off-road and is a strong rival to Japanese pick-up trucks such as the Nissan Navara and Toyota Hilux. In this review, I’m going to be sharing my opinion about the way it drives off-road, on-road, take you through its design and features, before answering if it is worth its 123,000 Dirham price tag. 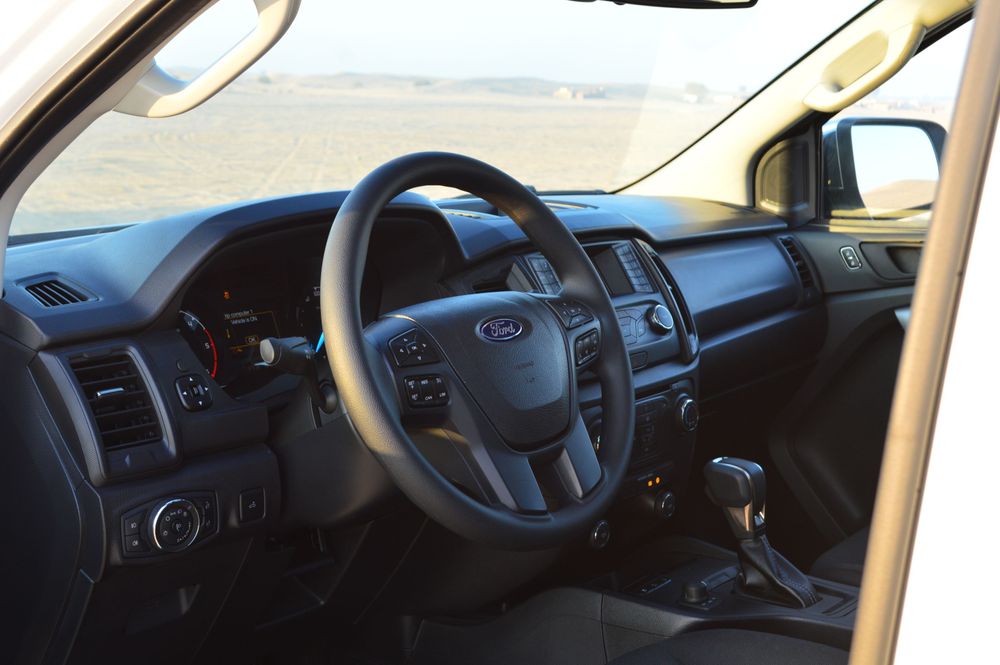 Now, some of you may remember that I drove the Ranger Wildtrak a few years ago and thoroughly enjoyed it, so when the opportunity to drive this Ranger XLS came up, I simply couldn’t resist. Although the Ranger Wildtrak and Ranger XLS are technically the same pick-up truck, they are quite different. The Wildtrak is more of your lifestyle pick-up whereas this XLS is far more basic; it looks and feels more like a commercial work truck. 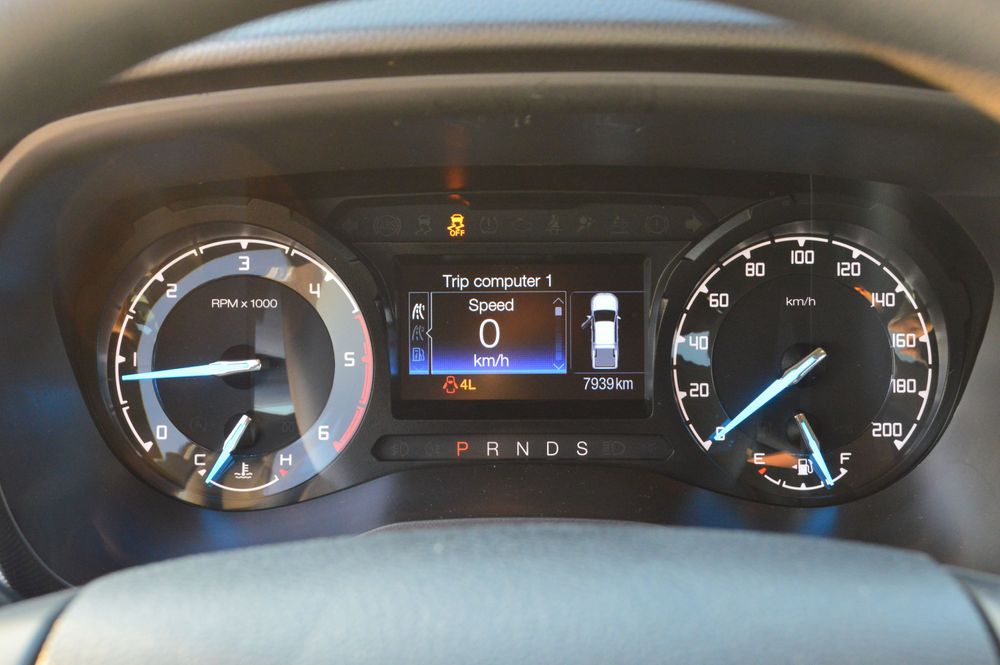 Those of you, who have driven a diesel vehicle before, will know that it is a little noisier both inside and out when compared to a petrol-powered vehicle but the benefits are far greater. For instance, this Ranger can do over 700 kilometers on a single tank of diesel, and then there’s the low-end torque that diesel engines are known for, making it amazing off-road.

Once you break away from the tarmac, the Ranger really comes to life, and it has everything you would need to go deep into the desert or unexplored wadis confidently. There’s a shift-on-the-fly transfer case that lets you choose between 2High, 4High, and 4Low; there’s a rear differential lock, there’s hill descent control, there’s an 800mm wading depth, and there’s also a brilliant 6-speed automatic transmission that holds onto gears and doesn’t automatically shift up in Manual mode.

If there is one particular aspect of this truck that deserves a special mention, however, it would have to be the suspension. Most trucks in this segment tend to bounce around a lot (especially when the bed is empty) but not the Ranger. It feels so well composed both off-road and on-road and is far more comfortable than you could ever imagine. 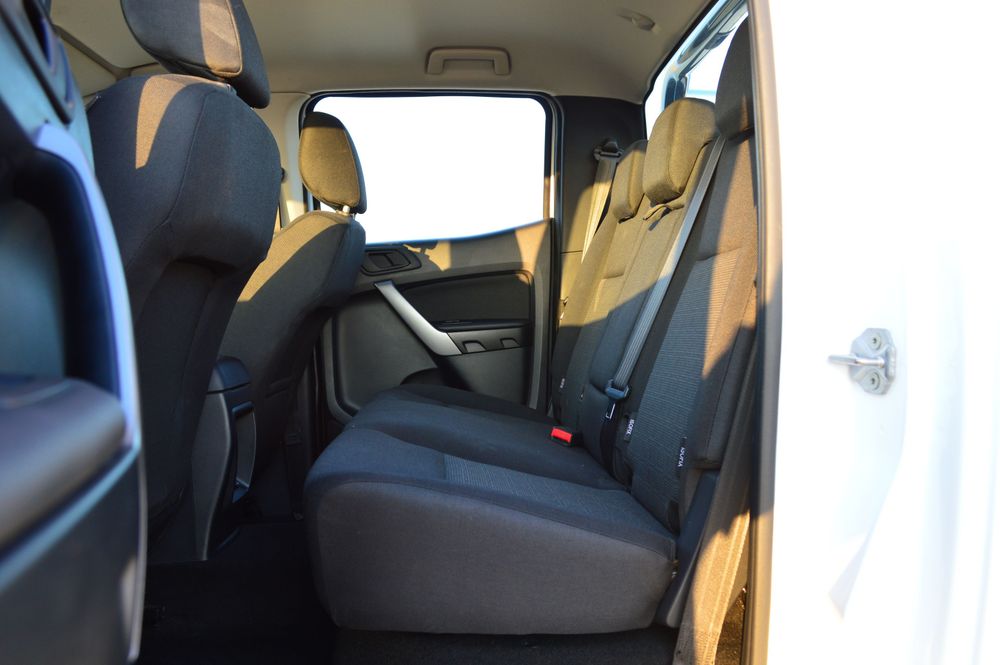 When it comes to the interior, there’s a lot of hard plastic and it’s far from anyone’s definition of “luxurious” but that is the case with all of the Ranger’s rivals as well and plastic just means it will be a lot easier to clean after your epic off-road adventures, right? Where the Ranger does score well, is in terms of practicality, with plenty of storage bins and cubby holes all around the cabin.

In the back, it’s equally utilitarian, there aren’t any A/C vents or fancy screens but there are two cup holders, a 12V outlet to charge your mobile phone, and plenty of both – headroom and legroom. 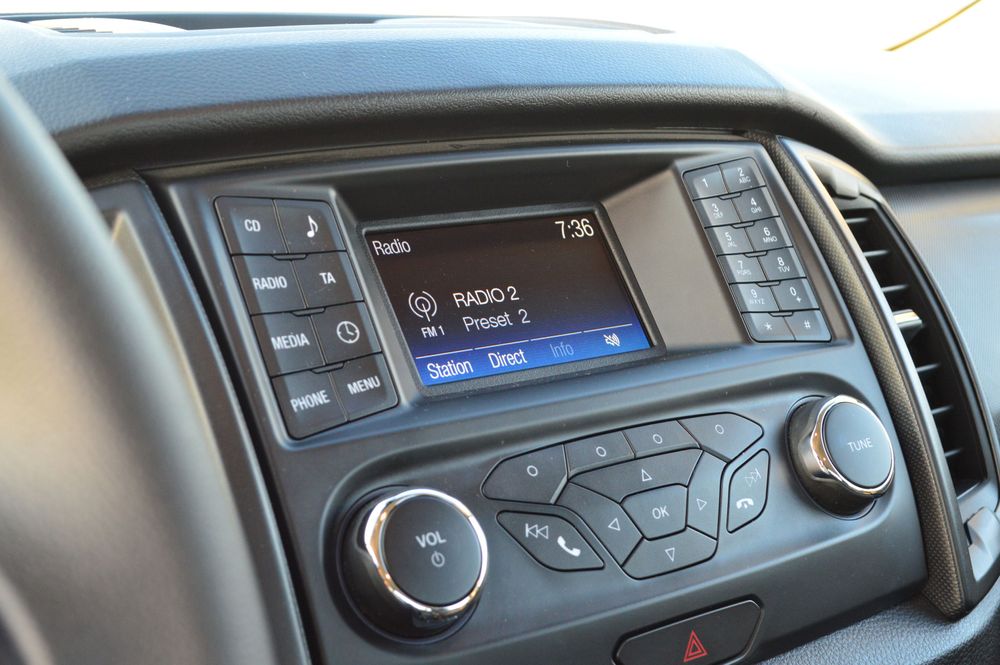 In terms of tech, the XLS model is armed with automatic headlights, automatic windows, cruise control, a speed limiter, audio controls on the steering wheel, a CD player, and a rearview camera with a zoom feature that gets projected onto what is possibly the tiniest infotainment screen in the market. 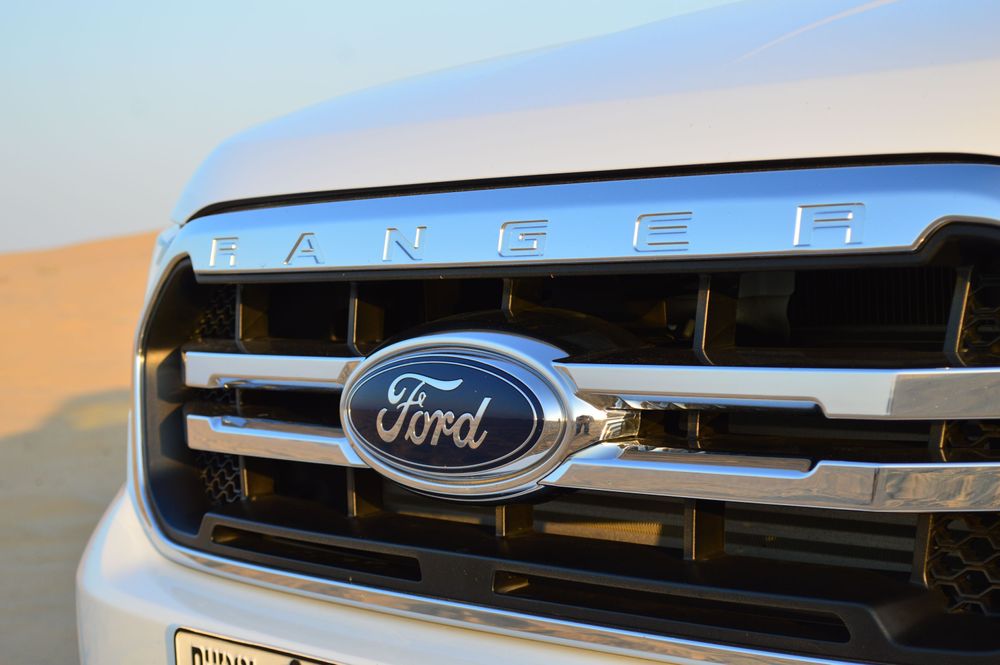 I said it before and I’ll say it again, the Ranger XLS that we are testing looks a lot like a commercial pick-up truck and I think that has a lot to do with the white color it is in but thankfully, there are 7 other colors you can choose from. Being an American pick-up truck, you would expect to find some chrome on the bodywork and there certainly is, there’s a little on the grille in the front, a little on the side mirrors, and a little more on the door handles. Along the sides, there are 16-inch alloy wheels that fill the wheel wells, side steps to make getting in and out a little bit easier, and some cool 4x4 decals, because let’s be honest, who doesn’t like some stickers, right?

In the back, there is a chrome bar with an integrated light, a metal bumper with an integrated tow hook, and multiple tie-down points both inside and outside the bed. Speaking of the bed, it has been sprayed with bed liner so that it doesn’t get scratched or rusted and it is bigger in both length and width than what you’d find on a Nissan Navara. Maximum payload, which refers to the amount of weight you can put in the bed, is 1,080 kilograms and towing capacity is in line with the competition at 3,500 kgs. 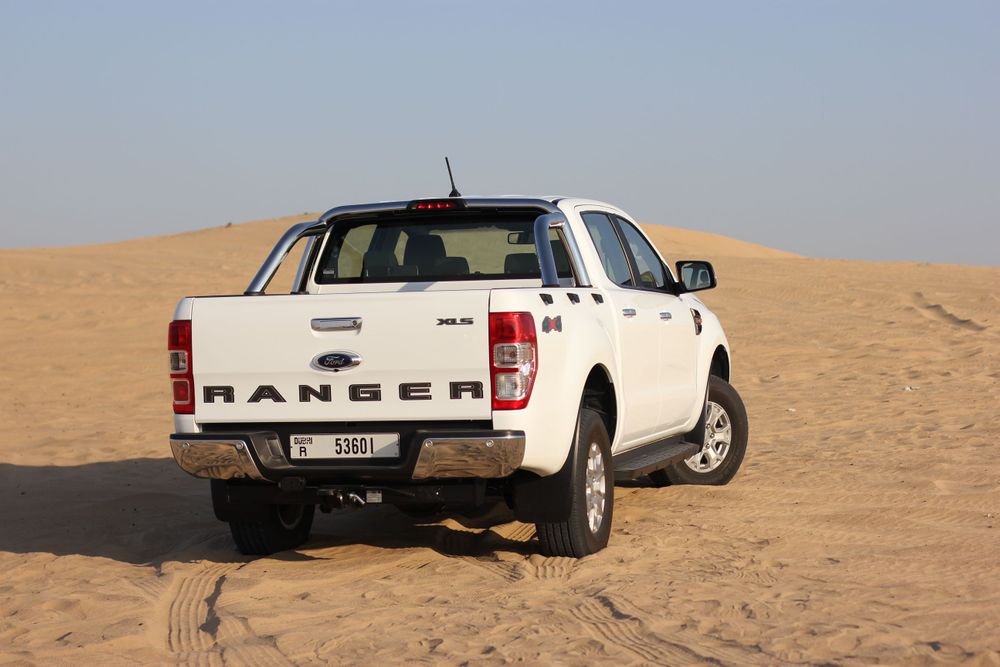 For several years, the regulations in the UAE were such that pick-up trucks that fell into this segment such as Ford Ranger and Toyota Hilux could only be purchased by Emiratis or had to be registered under a company, but that is no longer the case. Today, regular people like you and I can walk into the showroom and drive out a Ford Ranger XLS; so at 123,000 Dirhams, should you? Absolutely, because the Ranger is a great truck for someone who doesn’t need something as big or luxurious as the F-150 and it’s a great platform to begin your off-road adventures. Irrespective of whether you have your eyes set on an F-150 or a Ranger, if you are looking to purchase a pick-up truck (or any car for that matter), make sure to get quotes from the highest-rated insurance provider in the region, InsuranceMarket.ae™.