Is Ford still making the Flex 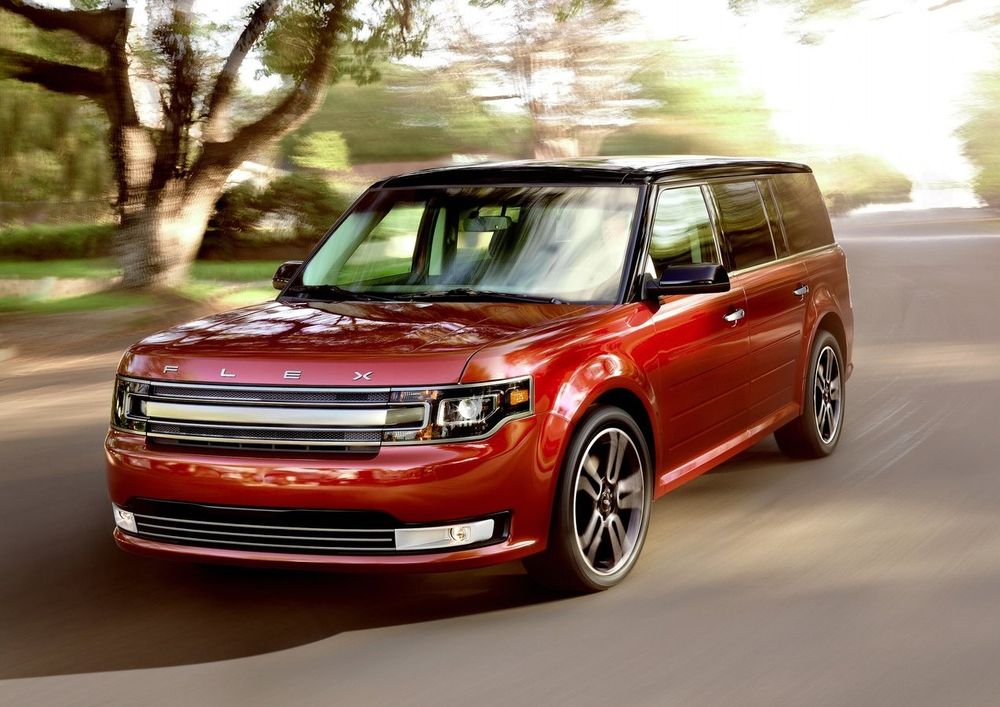 Though it doesn’t look like one at first, the Ford Flex is actually classified as a mid-size premium crossover SUV. Ford introduced the Flex at the Chicago Auto Show back in 2005 as a concept car, while the real deal made its debut at the NY Auto Show two years later. The Flex shares its D4 platform with the Ford Explorer and a few Lincoln models as well. While the first-generation model’s production run ran till 2011, the Blue Oval had already come up with a facelift for the Flex. It’s still in its first generation, despite being over a decade old now. However, I’ve my doubts if the Flex will last too long as the American auto giant might finally decide to cut the cord on it in the next couple of years.

As is plenty evident, the Ford Flex is quite a large car. It stands over 5.1 meters in length, 1.9 meters in width, and 1.7 meters at the roof. Its near 3-meter wheelbase means there’s actually space inside to seat up to seven people - making this quite a practical wagon. Essentially a front-wheel drive platform, the Flex is one of the most unique and fast mainstream Fords that’s currently on sale today. Under that long and flat hood sits a 3.5-liter V6 petrol engine. In the UAE, like every other market the Flex sells in, this six-cylinder motor is available with or without forced induction. In the base and mid variants, you’ll find the former which makes 290 hp at 6,500 rpm and 345 Nm of torque which comes in at 4,000 rpm. It’s mated to a regular 6-speed automatic transmission that sends power to the front wheels (base trim) or all four corners (SEL trim).

In the UAE, the base SE trim and mid-option SEL (with AWD) of the Flex cost AED 125,900 and AED 158,900, respectively. In terms of their performance, both of these are pretty decent, though the all-wheel drive SEL is a tad bit quicker on its feet. It can get from 0 to 100 km/h in 9.2 seconds, whilst the front-wheel drive SE takes 9.5 seconds to complete the same task. As for fuel economy, the latter would be easier on the wallet as it consumes about 9.1 L/100 km, whereas the AWD trim can only manage around 10.0 L/100 km. Even the base Flex comes with features such as cruise control, keyless entry, 19-inch alloy wheels, electrically-operated driver’s seat, parking sensors with rear camera, and split-folding rear seats. The mid-option SEL adds chrome door handles and exhaust tips, automatic headlamps, dual-zone climate control, power-operated front passenger seat, push-button start, remote engine start, rain-sensing wipers, and an 8-inch touch-multimedia display.

Furthermore, both SE and SEL trims of the Flex feature six airbags, stability & traction control programmes, rollover mitigation, a tire-pressure monitor, and ABS with EBD and brake assist. At the top-end, we have the fully-loaded Flex EcoBoost Limited AWD coming in at AED 195,900. As its name suggests, this trim gets the potent turbocharged avatar of the 3.5-liter V6. This means 365 hp of maximum punch and 474 Nm of peak torque being produced at 5,550 revs and between 1,500-3,500 rpm, respectively. The EcoBoost powerplant can get this two-ton wagon to 100 km/h in 8.5 seconds and on to a top speed of 200 km/h. Of course, it’s not the most fuel efficient of the two engines - burning around 9.9 liters of petrol every 100 kilometers.