The Supra has been an iconic car for Toyota since 1978 when the first gen rolled off the assembly line. It was regarded as a comfy grand tourer based on the Celica. Since then, we have had three other generations of the car with it having received its final update in 1993 and was discontinued in 2002. For 2020, there is an all-new Supra based on the same platform as the new BMW Z4’s Cluster architecture and Toyota claims it is better than ever. Here, we bring to you some information about it and dig into all the frenzy it generated online. 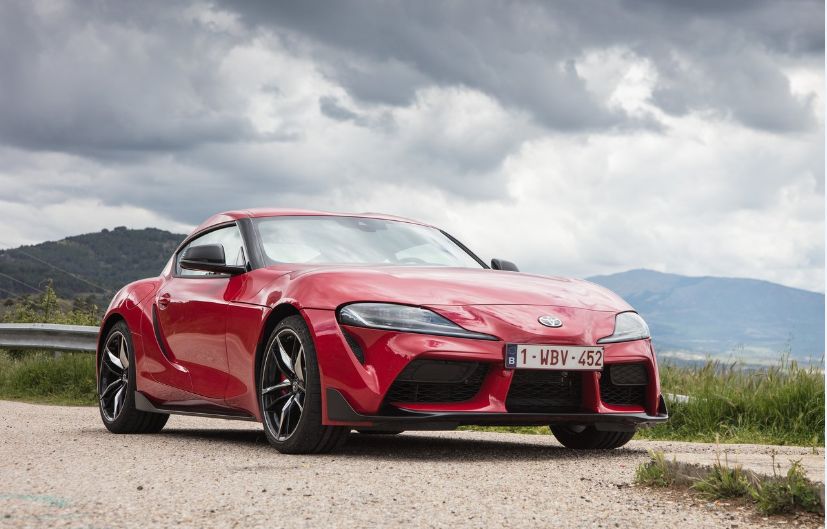 While it borrows many design elements from its precursor, the 2020 Supra does look distinctly different. For instance, the head lamps have been seriously tweaked with an elongated LED DRL strip and overall, the car exhibits a low slung stance vis-à-vis its predecessor and makes it look robust. The grille is much smaller than you would expect and all across the front end, the only highlight is the three sections for the air intakes. Take a closer look and you get to see minuscule air intakes just above the bumper for improved dynamic efficiency.

The side profile is corpulent with protruding fenders. The doors too, carry a single massive air intake and to make it look aggressive, you are likely to find blackened side mirrors.

At the rear, the tail can’t cease to get more interesting. You find a huge glass area followed by a stubby boot and gorgeously swooping tail lights. The black strips following the tail lamps just adds to its striking appeal and would be difficult for one to get their eyes off the car. The bold silvered exhaust pipes is in approval with its design. The car is 4380 mm in length, 1865 mm in width, 1295 mm in height and bears a short wheelbase of 2470 mm. 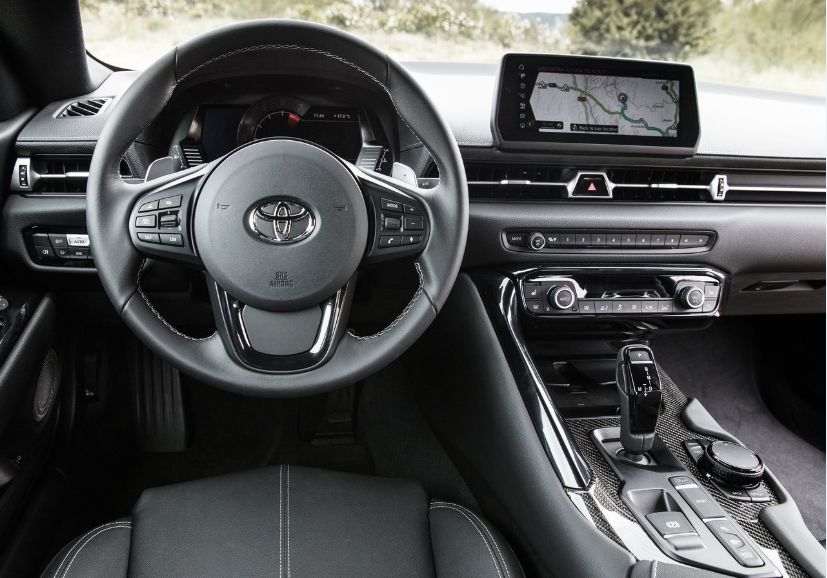 A little bit Lexus and a little bit BMW, the cabin of the all-new Supra looks rather elegant. What we can see in the images released online is a crisp, 3 spoke steering wheel and a simple instrument cluster layout with bold analog dials for the tachometer and digital ones for the speedometer.

The AC vents seem quite like those found in the Lexus ES, while the infotainment screen and the software it runs could remind you of the modern BMW’s i-drive interface. The door handles finished in chrome and the silver touches to the AC vents is a nice little touch. What you will be amazed to see in most probability is the gear selector shared with the BMW Z4. The center console sees a chunk of buttons for the AC and automatic climate control followed by switches to select the drive modes and one for the electronic parking brake on the front transmission tunnel. We wish the pedals were finished in aluminum.

While it is unclear which engine would make its way to the UAE, internationally, there are two turbocharged mills on offer: The base trims are most likely to have a 1998 cc engine producing a 255 hp and about 400 Nm of torque, while the 3.0 straight six could produce 355 hp and 500 Nm of torque. It is most likely to come mated to BMWs 8 speed ZF automatic transmission underpinning the BMW Z4. While it still remains to be found how these figures fare on the road and when pinned up against its rivals, in isolation, the 3.0 straight six should make for an enthusiastic driving experience. 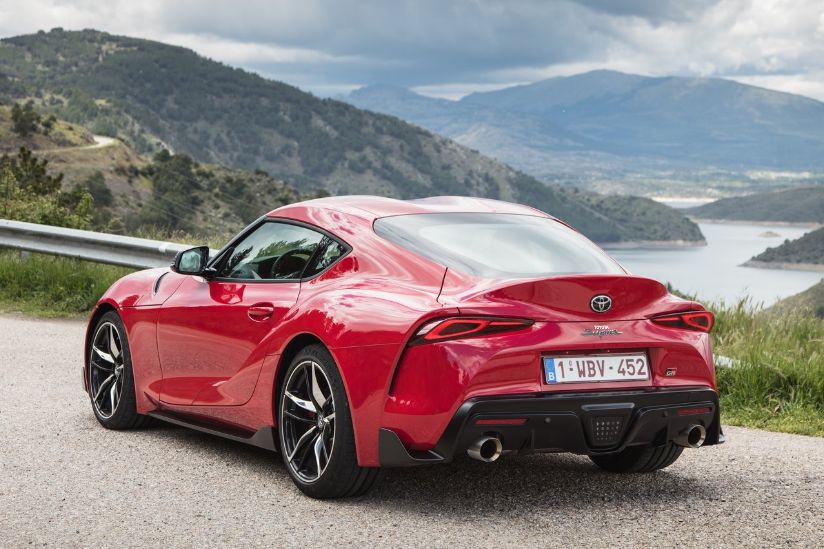 The 2020 Toyota Supra definitely lives the hype and comes with a bang after a hiatus of 17 years and there are many reasons to justify that. Firstly, it gets an all new face and unlike other manufacturers who make extensive use of styling details making the car jarring, the Supra retains its glorious heritage with its simplistic design. Secondly, it comes with more oomph than ever and that should ensure staggering performance to keep your heart racing. Thirdly, it is a Toyota and just like any other model, we expect it to be reliable in the long run as well. Lastly, we anticipate it to be priced aggressively post its launch and substantially lower than the BMW Z4. With solid reasons like these, we eagerly wait for it to launch here and can’t wait to unleash the brute.